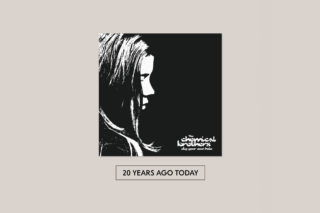 Big beat had a bad name. Literally, its nomenclature is flawed: emphasising the size of the genre’s rhythm missed its most defining characteristic entirely, which was its attempt to carve rock songs out of dance music ingredients. Instead of accentuating repeated grooves and synthetic texture like house or techno, big beat’s tracks emphasised beginnings, middles and ends – even pseudo-choruses – which inevitably caught the attention of those raised on rock and pop (and those instinctively suspicious of electronic music’s facelessness), and began to lead them to the rave.

And because of this impurity, acting as [a] halfway house, big beat also had a bad name: in 1997, Mixmag disparagingly referred to it in a review of ‘Dig Your Own Hole’ as “pub techno” implying an ersatz dance music sullied by lager-lager-lager that lacked the intensity, dynamism and virtue of its club-based cousins. Nearly two decades on from its heyday, too, big beat is still something of a punchline, remembered as a vehicle for zany, disposable and slightly irritating novelty hits full of samples from kid’s TV and drum machines that went boing.

On one level, it’s easy to understand how ‘Dig Your Own Hole’ earned the Chemical Brothers their tag as big beat trail blazers – after all, two of its four singles topped the UK charts, a feat at the time reserved only for the likes of Blur, Oasis and manufactured pop acts. Large parts of the album, too, reject the heads-down introspection of techno in favour of rock and psychedelia operatics, and, of course, one’s appeal to the mid-90s guitar masses is much improved by getting a Gallagher brother on board.

On another, though, characterising ‘Dig Your Own Hole’ as a big beat record today seems absurd. If you remove the hulking behemoth of ‘Setting Sun’ from its middle (which, of course, you can’t – but more on that shortly), the album is suddenly recontextualised as three suites of ecstatic electronica, full of abstract glorious noise, nagging repetitions and polyrhythms and, crucially, a level of stylistic depth that separates it from merry pranksters such as Fatboy Slim and Bentley Rhythm Ace entirely.

That’s not to say, though, that even without Noel Gallagher’s presence, ‘Dig Your Own Hole’ would be a record for purists. Indeed, from the album’s opening combination of samples – bassline from jazz fusion, drums from funk, vocals from hip-hop – to the dizzying climax of ‘The Private Psychedelic Reel’ with its sitar drones and clarinet improvisations, it’s clear that Rowlands and Simons are more magpies than pure musicians, drawn less to the introspective, technical cleanliness of techno’s thud and more to the shimmering breadth of its influences.

In fact, it’s far easier to see ‘Dig Your Own Hole’ as a peculiarly British answer to DJ Shadow’s ‘Endtroducing’, revelling in crate-digger inspiration and the serendipitous joy at smooshing two unrelated obscurities together in counterpoint. As such, when wakka-wakka guitars enter the fray on the title track, picking up the Stone Roses’ Madchester legacy and doubling the pace, and then a trace of samba is introduced to round off the end of the album’s second part, that sense of boundless musical exploration remains quite infectious.

Of course, an upbeat turntablist’s dream isn’t exactly the record that the Chemical Brothers released twenty years ago today, as between the first and second sections of ‘Dig Your Own Hole’ sits the not-insignificant matter of ‘Setting Sun’, the album’s majestic centrepiece, its lead single, one of the most uncompromisingly enormous songs ever to top the UK singles chart – and also the album’s sore thumb.

In isolation, age has not withered ‘Setting Sun’. Twenty years on, its atonal squeals, monstrous bass throbs and grinding breakdowns are still brilliantly eye-popping. Its bludgeoning throbs and intimidating percussion loops, as aggressively in your face as any jump-up drum’n’bass figure before or since, remain utterly unforgiving. Even Noel Gallagher – not even the best vocalist in his family – manages to conjure a snarl as menacingly bored as any classic punk single.

The song seemed to offer hope, too: at the time, sections of the Oasisphere wrote to the letters page of Select explaining how ‘Setting Sun’ was indicative of Noel Gallagher’s new direction, how the third Oasis album would be a wild, electronic updating of the Beatles’ most beguiling experiments. In hindsight, perhaps what’s saddest about that particular memory is that those things still seemed just about possible – even now, it’s easy to imagine a world in which ‘Setting Sun’ was released as a one-off Oasis single and its success, coupled with the name on the sleeve, prompted Noel to make ‘Be Here Now’ with piles of ecstasy rather than cocaine. In reality, ‘Setting Sun’ is probably the last great Noel Gallagher single (but we can save that argument until August).

While a borderline-perfect single, however, the track is also wholly out of keeping with the landscape that ‘Dig Your Own Hole’ has drawn up to that point, and will continue to draw after it has gone: with the arrival of the album’s fifth track, gleeful bounce is replaced by threat, rich production by metallic abrasion and breakbeat swing and swagger by (ironically housey) rhythmic rigidity. Indeed, it’s a tribute to the brilliant construction of the album’s second half that ‘Dig Your Own Hole’ recovers from its mid-way aberration.

And what a recovery: teeth-kissing, bed-springing hi-hats return instantly, upon which are built acid squiggles and bouncing bass that usher in the album’s least big-beat, most techno-indebted section. The pace then drops, Beth Orton’s world-weary vocal beams in from the morning after, and ‘Dig Your Own Hole’’s finale soars into the stratosphere. In April 1997, that final twenty minutes felt like the 90s’ answer to side B of ‘Revolver’, all cosmic acceleration and horizon-broadening wonder. Setting the two side by side now, the comparison is imperfect – ‘Dig Your Own Hole’’s first two sets might be even more tightly focused than its third – but it’s by no means flawed.

But nonetheless, in the comparison with Revolver perhaps lies Dig Your Own Hole’s ultimate appeal and addictiveness: alongside Leftfield’s ‘Leftism’, this is dance music’s greatest response to classic rock’s obsession with the idea of album flow (a very big-beat idea, one might argue), stymied only by a genius but entirely incongruous one-off single. Thankfully, in 2017, that can easily be fixed: Put on ‘Dig Your Own Hole’, but delete ‘Setting Sun’ from the playlist, instead letting ‘It Doesn’t Matter’ pick up straight from where ‘Piku’ left off: all of sudden, there materialises one of the all-time great albums – seamless, generous and engrossing – regardless of genre.