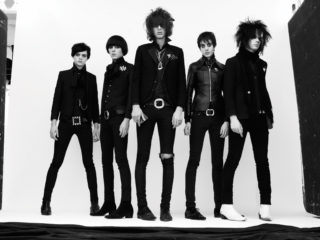 Today The Horrors write songs that are longer than their entire live show was back in 2005, as Faris Badwan and Rhys Webb remember

Faris: I remember just before I moved to London Tom said: “When we leave school, we’re going to start a garage band and all wear black.” You don’t need anything more than that when you’re starting off. We were a gang and the shows were raw and aggressive… even when we played at the Rhythm Factory with one person in the audience.

Rhys: We started playing together and booked a show at Faris’ and Tom’s old club night for two weeks later. We were kind of making it up as we went along, but at every gig we played someone would book us for a follow up show so we just went with it. It hasn’t really stopped since. We only had a handful of songs, including two or three covers but that was fine. We thought 15 minutes was the perfect time for a burst of horrible noise. It still is. Gigs get boring after half an hour.

The shortest show we played was probably about 10 minutes. That would have been us playing the full set at double speed because we were all on speed. I was talking about that with Faris last night. Those shows were a lot of fun. It could have been about seven minutes actually.

Faris: I had a tendency to sing everything twice as fast on top of that. I tried everything to slow down including writing “SLOW DOWN” on my arm.

The shows were so intense and such a release of energy I don’t think it really mattered. Some of them were really violent and destructive, both from our side and the audience’s. One Halloween show in Brooklyn was particularly bad in that sense… We didn’t really have any regard for consequence in general but also I don’t think we really put any consideration into how we came across. It was a primal release driven by adrenaline and there’s nothing like letting yourself cross the line like that.

We all loved the shows that wound people up. I think the support shows with the Arctic Monkeys were the best example of that – people throwing anything they could (their phones, lighters, heated coins, an aeroplane seatbelt, bottles) and punching the people who were cheering.

Rhys: We didn’t want everyone to like it, but I think our appeal was that it was genuinely exciting, even if it was just about listening to a heavy racket for 15 minutes, dressing up, pissing people off and going crazy. That’s what music should be about anyway.

Our only goal was to release a scrappy and limited 45 at some point, but ‘Strange House’ was definitely the beginning of a journey. I think it’s got some great tunes on it and was quite adventurous in places. I wish it was a bit closer to the live experience. We don’t really play much from it any more but have someone in the crowd shouting “Play Sheena!” or “Jack The Ripper!” at every gig.

Faris: The production could have been more extreme and closer to our live sound, I guess. It’s not perfect but I hope we never make a perfect record. I think if I made something I was completely happy with I’d probably quit.

Rhys: I think it’s really hard for new groups to break through now, but I think we would have still made a splash [if we were just getting started]. It was genuinely something different, not a million miles away from The Fat White Family, for example, and they’re doing pretty well at the moment. They’re probably better musicians then we were at the time but the energy is the same.

There was always a close knit community back then – we all played together, hung out and had loads of fun. Bands like Neil’s Children, The Violets, Twisted Charm, Xerox Teens. It’s kind of the same now with our mates Toy, Telegram and The Voyeurs.

My lasting memory of 2005 is our first gig at The Spread Eagle on Kingsland Road and the early rehearsals, which felt so exciting. The first one was a sweltering summers Sunday. It had been Junk Club the night before so we all got the train up together from Southend having had no sleep at all. It was in The Pistols’ old Denmark Street rehearsal space, which doesn’t even exist any more. I don’t think we would have guessed that we’d be recording our fifth album ten years later but it definitely felt like something good was happening. We never took anything too seriously. Every step after was a bigger one but we didn’t really know what was going on to be honest. We were learning as we went.

Faris: For me it was The Junk Weekender in Southend – seeing peroxide-goth transvestite Mika Doll jumping up and down at the window of the Royal Hotel, freaking out all the high-street shoppers. Piling all our gear and ourselves into Joe’s Fiat and driving in the bus lanes, getting fined, not paying the fines. Tom having long hair. Rhys turning up late for rehearsal. Josh’s Captain Beefheart impression at our first rehearsal – the last time he was allowed near a microphone. Josh thinking the engineer was joking when he wanted paying for recording our first demo.

It happened very quickly but it also immediately felt like I didn’t want to spend my time doing anything else. It didn’t feel like I had a choice. I think we all felt like that. 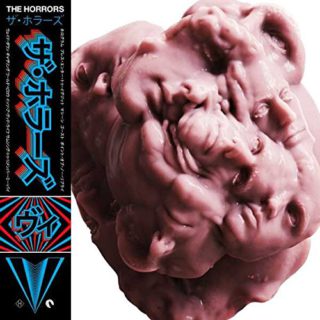