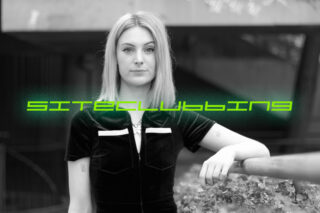 Connecting the best in URL and IRL club music, this month with rising London DJ ohmydais

Welcome back to Siteclubbing, our monthly round-up of the most exciting new music from the electronic underground. As usual, we’ve got a guest selector to bring a fresh perspective to the column; this time, it’s rising London-based DJ ohmydais. As both a fixture on the capital’s underground circuit, and as a resident on Threads Radio, her sets are characterised by an exhilaratingly unrestrained, genre-swerving and party-centric approach to bass music.

Hostile, mangled drum work from Dites Safran, with system-testing subs, confrontational snares clanks and giddy sound design that leaves you somewhere between falling into a k-hole and doing a backflip – superb stuff. The full release also comes as a tape housed in a custom made bar of soap – can’t argue with that!

Amazondotcom continues to forge a path as one of the most exciting producers in global club music with new EP War Bride. On this standout track, we find a muddle of digitised birdsong, rising synth work, reverberated stabs and hypnotic rhythms colliding, before giving way to an combative oldskool dubstep bassline that brings to mind Benga and Skream at their most screwfaced.

Instrumental grime at its most heart-wrenchingly poignant from the severely underrated POUNDSHOP. Tautly pitched MIDI horns blare with sorrow over an uncomplicated beat and distant choirs, at only 1:45 minutes, the snippet begs for repeated listens. Their recent ‘JennyOnTheBlocc (£mixx)’ is also worth a listen.

An expressive and open-ended take on drum and bass from the latest Shubzin compilation. Untethered yet retrained breaks and gorgeous pads paint the picture, while an occasional darting bassline grounds the whole affair. Check the full compilation for a varied snapshot of modern bass music, with all proceeds going to Sisters Uncut.

A long-form noise dub wormhole from John T. Gast, all steppers kicks, blown-out bassline and dystopian electronics. A much more insular and alienating take on the original 2019 mix, in all the best ways. 5G continue their excavation of the weirder ends of soundsystem music.

“Everyone loves a club edit and nobody does them better than Yazzus, who has been releasing amazing 160+ bangers for a number of years now. ‘Energy Cleanse’ is one of the high energy tracks on the EP that’s guaranteed to get your toe tapping – this is one of my go-to tracks when playing out.”

Fiesta Soundsystem – Not to Be (Rude) (Of Paradise)

“Everything Fiesta Soundsystem creates is golden, and it’s been great to see the reaction to my favourite tune on the EP, both on the dancefloor and online – with shining reviews from the likes of Resident Advisor and Inverted Audio, to name a few! A must-have for all jungle and breaks lovers which sounds incredible on a club system.”

“I’ve said it before and I’ll say it again – INVT are two of the best producers on this planet. This highlight from the new EP continues the summer vibes well into the autumn months, something we all need as summer barely happened! I love how it sounds moody and playful at the same time.” 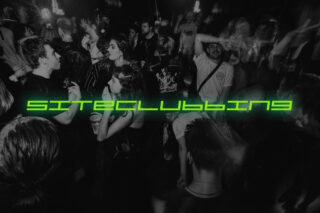 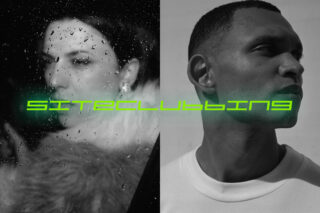