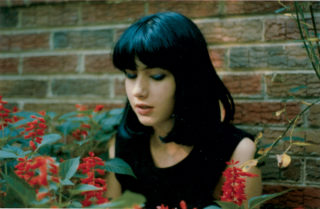 For this month’s ‘Sweet 16’ column, Riot Grrrl legend Hanna candidly speaks about the extremely distressing side of her Junior year.

Kathleen Hanna: When I was 16, in 1984, I was selling drugs. It was weed, mainly, so pretty soft-core, and that was how I made money to buy my thrift store clothes. I really liked to experiment with clothes back then. I thought, ok, what if I turn up to school like this today? How will people treat me then? I first turned up with feathered hair, and I was a rocker/stoner person, and everyone treated me like crap. So I thought, ok, I’m going to try to be popular, so I dressed in the preppy fashion of the popular kids and within two weeks I was popular. I said everything they said, I did everything they did, and I was like, ‘this is total bullshit’. By the time I was 16 I changed up how I dressed every day, partly because I had to sell drugs to different communities in the school. I had a stoner outfit, a rocker outfit, a ’60s look, because that had become really popular in the ’80s. I had a pair of red, chequered cowboy boots, which I’d rent out to other students, too. I was a hustler, always trying to make money, because I lived with my mum who was a nurse and didn’t have any money, and I wanted to go out to reggae shows. I should have started a store, really, but I was very good at selling weed, because I could morph into different friendship groups – I was friends with some jocks, but also some death metal kids.

At 16, I was also date-raped that year. I was at a party and I was really drunk, and I went into the bathroom to throw up – I can’t imagine that this person found me attractive; I had puke all over my hair. But somehow he got me into the bathtub and raped me. And then years later, he Facebooked me. Like, what the hell!? He had no idea. I’m sure he thought that raping someone while they were throwing up was fine, and at that time there really wasn’t a consciousness about that – if two teens were drinking and they have sex, it’s just that they had sex, but I know I was raped, because I know I didn’t want it. I completely blacked out, and I just remember partially opening my eyes and seeing the guy doing what he was doing and closing my eyes again. So that’s another wonderful part of being 16.

To be honest, it didn’t affect me until later – I just blocked it out. I just thought of it as this unfortunate thing. It wasn’t until much later when I was in Bikini Kill and we went and played the Pine Street Theatre back home and that guy who raped me came up to me with another guy from my high school, and they had a bunch of beer. I wasn’t drinking at the time, and he was like, ‘have a beer with us,’ and I was like, ‘oh, I don’t drink’. And then the guy who raped me tried to force a beer down my throat, like, ‘no, c’mon, drink with us.’ He was holding my head and forcing a beer down me and all of sudden it came back to me – I’m being touched by my rapist. I didn’t really talk about it or think about it because I’d been raped by a stranger before. But that happened when I was 15, so it’s out of our 16-year-old discussion. [Laughs] And I don’t mean to make light of these things, it’s just that so many women, and definitely some men, experience the same thing. The reason I’m talking about it as if it’s normal is because in a lot of women’s lives it is normal. It’s one in three or one in five, so it’s not a freaky situation. And I grew up in an abusive household, full of male predators, so I was trained to be a good victim, and then later on when I learned about feminism I learned to become a survivor and realise that those things weren’t my fault – don’t chalk it up to a hard-knock life.

I’m just proud of myself because beside from those situations I was stalked by a guy at my school who I’d dated twice. He threatened me and was violent to me and one day he had me in his van and was like, ‘this isn’t over until one of us is dead’. And I managed to talk my way out of that, and I honestly believe that if I hadn’t been so fucking smart he would have murdered me. So I look back on that time and think, yeah, it was totally awful, but I’m so proud of how I handled myself, because I’m still alive. And that’s a lot of the reason why I don’t mince words when it comes to violence against women. I’ve experienced it and I definitely want other girls and women to know that they’re not alone, especially in having multiple things happen to you. Because that’s when you think you’re going crazy. … I feel like I’ve been a total bummer. You’ll have to say that I was laughing a lot. I’m the horrible capitalist rape victim.