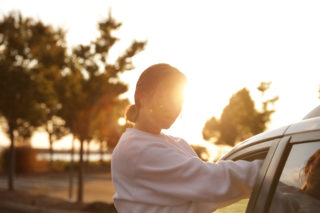 For our new column The Rates, Jessy Lanza shares three artists who she feels never got their dues and three rising names that she hopes get theirs

“I love songs that are catchy and I love pop music,” says Jessy Lanza. “I tend to be drawn to songs that ride the line of (almost) being too smooth or too corny but end up sounding uniquely just right.”

That’s definitely reflected in her choices below. She’s picked out three artists who’ve been around for a while without the recognition she believes they deserve, and three rising stars who she thinks are onto something special. Listening through the music she’s recommended, it’s hard not to agree.

“Maybe in a subconscious way I like anything that reminds me of the R&B hot jams promo cassette that was floating around in my parent’s car all through the late ’90s and early 2000,” she adds. Perhaps, but there’s much more than nostalgia on display here. Dive in.

JL: Kate NV has been putting out records for a couple years. BINASU is the first one I heard that got me hooked on her music and shout out to Gorilla vs Bear for putting me on to it. She has been getting more and more recognition lately and I’m so glad because she is an incredible songwriter and performer. I had the privilege of touring with her across North America a couple of years ago and seeing her perform night after night was really special. Can’t wait for her new album!

JL: DJ Tre’s The Underdogg EP is something you need to go listen to and buy now! His EP came out on Hyperdub a couple years ago and I haven’t stopped listening since. I listened to his EP all throughout the writing and recording of my new album and was inspired by the way he builds simple melodies into emotive masterpieces.

JL: BbyMutha!! She’s been releasing music for a few years and she’s incredible. I love her voice and her delivery. I think she’s so real. I think it is really inspiring that she is also a mother who somehow finds time to tour. I also admire how candidly she talks about motherhood. She represents what feminism means to me and I don’t understand why she isn’t massively popular.

JL: I first heard about Swisha when Sherelle played me a bootleg remix he did of my song ‘Never Enough’. When she first played it for me I was taken aback by how good it was and I liked it more than the original track! I’ve been following his releases ever since. His tracks are the ones I always come back to when I’m DJing. I’ll say it again: I don’t understand why he isn’t a big name on lineups, although I think he’s well on his way.

JL: Proc Fiskal’s music is catchy and sounds complicated but effortless at the same time. I’m really in awe and confused by how he pulls it off. He has this hint of irreverence towards the whole music scene too which I hear a bit in his music and see in his videos. I love that about him because it’s really refreshing to see someone disregard this boring prim and humourless attitude that permeates a lot of dance music.

JL: Listening to MYSHA’s album NEVAEH took me back to being a teenager and hearing Jill Scott’s album Who is Jill Scott? for the first time. The lyrics feel so close and hit me in that same way that Jill Scott’s did when I was younger. The intimacy in MYHSA’s delivery and lyrics is really special and it’s not very often that an album makes me feel the way NEVEAH does.

Jessy Lanza’s new single, ‘Lick In Heaven’, is out now, with an album to follow later in the year.