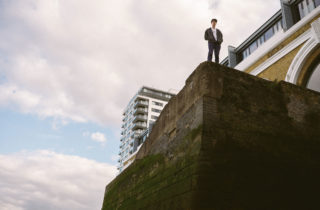 It’s the end of an hour I’ve spent with Glows in his living room that also serves as a makeshift office and studio. Is there anything we haven’t covered that you think is important to mention, I say, flipping my notebook closed and reaching for the off button on the recorder. Almost always the answer to this is a shake of the head. Occasionally it’s “yes, I forgot to plug the new video.” GG Skips, the name Glows goes by when he’s not being Glows, exhales a plume of smoke from his roll-up, towards an open sash window covered in stickers. “Well, I used to be a massive Dead Head. I used to do a lot of drugs. I had a breakdown and it freaked me out. Then I became really into The Grateful Dead. Still am. They’ve been a big influence on me.” I quietly let go of my bag I started to pick up underneath his dining table. Ok, when was that? “It was when I properly started making music. Then I developed a lot of mental health problems – if you want to put that in… just to big up men talking about their mental health.”

It’s the beginning of a fresh avenue of conversation that, in truth, has already traveled down much deeper, thought-provoking routes than the typical 21-year-old electronic-artist-conducting-their-first-interview usually does. Because Skips is a fascinating character. Awkward and anxious by his own admission, he speaks quickly and holds eye contact only in snatches while he chain-puffs and pours tea from a pot. Place that to one side though, and I’m sat opposite an interviewee that’s fiercely inquisitive, unquestionably motivated and boundlessly creative.

“The culture we live in has very interesting ideas of sobriety, and music people especially,” he says, picking up his thread. “Young people have weird ideas on drugs and alcohol. I don’t think they realise. A lot of people are lucky, but some people aren’t – in terms of developing any mental problems from it. It does happen and I was one of the unlucky ones.”

This all happened around Skips’ first period of experimentation; drugs, alcohol, music all wrapped up. Though it left him with lasting effects, it also had an indelible impact on the art he now creates. “It’s a lot of what the lyrics are about,” he says.

“How harmful was it?” he rolls my question around his mind for a brief second. “Not harmful, in fact, probably better. It made me much more focused. Made my writing better. It brings on a level of deepness and richness to the music you’re making when there’s something quite serious behind a lot of the stuff.”

That doesn’t mean he’s anti-drugs these days (far from it), but he is pro-awareness. “These things have real consequences. It’s just a lot more real than people think. It’s bizarre. I have no regrets.”

“That sounds like I’m saying everyone should have mental health problems to write good music. That’s not true at all, I just think for me it means that when I listen to my music I’m listening to all the influences of that time, but I’m also listening to how I felt at that time and what I was going through.” 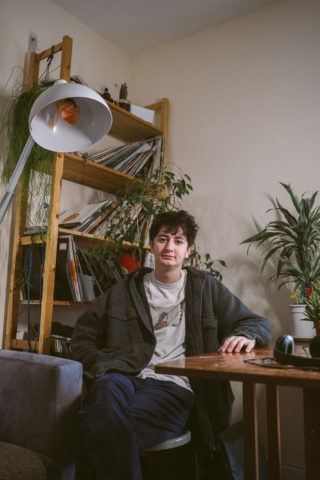 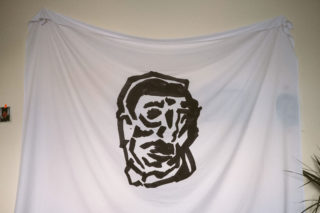 Often when Glows makes music he spreads all the kit across his bedroom floor late at night. He’ll record himself playing his organelle for hours, slowing the tempo down and turning the reverb up. “I do that with the idea that I’m actually meditating. This is my time off,” he points out. Skips builds vast archives of material like this before revisiting it – sometimes years later – to sample his own creations, splice them up and build a track. “You end up with something that’s so intensely you, but also of a period of you before.”

That fermentation is in stark contrast to the pace the producer lives the rest of his life by. Right now he’s studying for a degree in Graphic Design at LCC, works three days a week in a coffee shop and co-runs arts collective Slow Dance, who don’t just put on parties around the capital but also act as a record label and merchandise company. “The rest of the time I try and sleep,” he laughs.

Skips comes from a musical background. His mother, a clarinetist, attended the prestigious Guildhall School of Music. That’s probably why he swerved the usual naïve fumblings into music discovery and started listening to “weird, psychedelic stuff” from a young age. He skipped The Smiths and went straight to Pill Wonder, Animal Collective and Delicate Steve. He originally wanted to be a film-maker.

Indeed, the south London flat we’re sat in is a shrine to the world Skips has created for himself. The place is above a brightly painted Vietnamese restaurant, and entered from the street. Trash post kicks around the hallway floor, an art print is propped against the wall and the banister that curves up to the first floor front room is snapped in two. A white sheet daubed with the Slow Dance logo hangs above the sofa. Worktop tables are strewn with laptops, hard-drives and DJ decks. There’s a pile of DVDs, an impressive collection of vinyl and coats slung over the door. A potted palm sits in the corner next to a pineapple – a nod to his love of all things exotic. The sound of Deerhunter burbles through a pair of speakers. His housemate – and collaborator on Slow Dance – pops in and out with updates on a rooftop gig they have planned in east London the following weekend (the thrust of it: “the council are fucking us with permits”).

These days it looks less like fortune and more like destiny when Skips explains how the first event he put on ended up being Sorry’s first proper show (he and Asha Lorenz had a project pre-Sorry). The defunct Dead Pretties also played. It was the first year at sixth form at Marylebone School (he’s keen to point out he’s from Ladbroke Grove, not south London) and along with two friends he put on an event on a boat to promote a zine they’d made. That ended up being the Slow Dance collective’s first show. The moment 500 people turned up to the second one at an a disused warehouse they knew they were onto something (it also left the one bouncer they’d booked confused as he thought Slow Dance was going to be some kind of ballroom tea party). Since then they’ve put on numerous nights around London from Kings Cross to Brixton, booking (mostly via Facebook Messenger) the likes of Jockstrap, Goat Girl, Coby Sey, Jerkcurb and Black Midi. “We all love that when you do a night you can make it a collage of everything,” he explains. “You can curate everything. There’s no feeling like it, doing it yourself.” This was around the same time in his late teens that he began making his own music, working in Notting Hill record store Honest Jon’s and became increasingly seduced by club culture and its hedonistic trimmings. 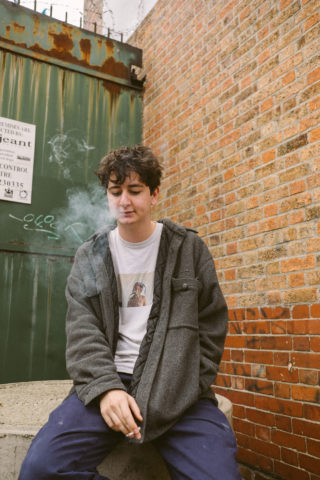 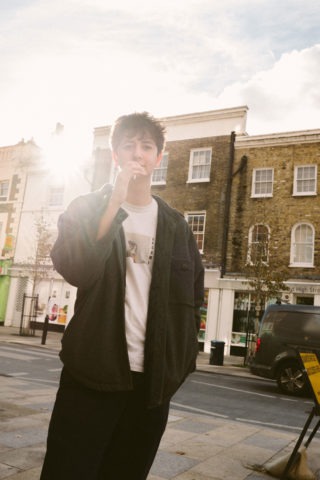 It’s taken until now for Skips to share his creations under the name Glows. Two tracks – ‘Perla’ and ‘Foam’ – released this past autumn, have provided a hint of his capabilities. A sound that’s reminiscent of Caribou, Luke Abbott and Four Tet. He says he’s sat on around 60 more tracks.

They’re a reflection of his experiences and tastes. On one hand the viscerality of blistering technical live performance (“I’d say Black Midi are my favourite band of all time, even,” he says, completely aware of how premature that may sound. He also spent lots of time checking out bands at The Windmill). And on the other, the warm, intimate cocoon of ambient and electronic music. “I don’t want to be, and I never could be, fully associated with just dance music,” he states. His own work lands somewhere in between those two worlds. It’s no surprise to learn that he describes spending hours endlessly cycling through Spotify ‘related artists’ waiting for new sounds to “click”. That doesn’t always translate as being the most obscure, though he does love the esoteric.

“People really want to try and make stuff that’s weird, and as weird as possible, so that people can find it weird. I’m a sucker for that, but music should be accessible. It’s great when it is, and does both. That’s key. Otherwise I think you get a bit miserable,” he says. “I like all music. I fucking love Coldplay’s first album. That’s not even a guilty pleasure. I like a lot of pop music. I like Avicii.”

But it’s unlikely that Glows’ music will be mass-market, chart-wooing pop house – at least not right now. Before I leave he tells me about another recent track he finished while on holiday in Crete. “It’s a 10-minute instrumental track about Jason Molina’s death from alcoholism that’s also inspired by exotica and palm trees,” he smiles. “It’s fun to throw weird stuff in there.”

He can’t help it.