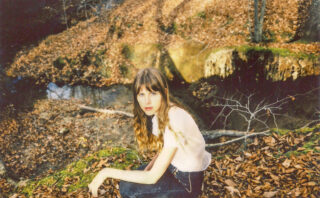 A songwriter leaves Los Angeles to unlock her "ingredients"

“I really love the peace dove. I always seem to go back to it. And I like the lightning bolt, too.” So says Lael Neale when asked to choose her favourite emoji; a question prompted by a peek at her Twitter profile, which reveals her inclination to preface press items she’d shared surrounding her latest record with either a rose or shooting star. Sitting in the serene interior of a wood-paneled garden shed (a makeshift studio and office where she’s working on new material) located on her family farm in Virginia, surrounded by golden afternoon light, the idea of the outside world, let alone social media, seems so far away from the songwriter at this time. Furthermore, it’s impossible to imagine Neale casually scrolling through rectangle-shaped frames flooded with brightly coloured icons – an endless array of exaggerated facial expressions and various food items – whose purpose is to provide shortcuts in communication, given the poetic nature of her lyricism.

This inferred disconnect is forged after spending time with her beautifully intimate and introspective second album, Acquainted With Night. A gorgeously stark collection of lilting folk-tinged compositions, which have garnered comparisons to Lana Del Rey and Sibylle Baier due to Neale’s timbre and turn of phrase, an overwhelming sense of solitude informs this sedate record. When asked how comfortable she is in her own company, Neale explains how music was integral in helping her find a way to interact with people. “I used to be really shy,” she says. “I think part of the reason why I started making music was to find a platform that I could speak from freely. You know, everything you want to say is premeditated; you carefully formulate the thing you want to say to someone, but is too difficult to do in a particular moment. That comes from me enjoying solitude and finding the space to explore my thoughts and ideas without feeling pressure from other people or anything. I guess that can be true for artists in general. The companionship becomes the word, or the page or the instrument.”

That companionship has drastically evolved since her 2015 debut, I’ll Be Your Man. A polished pop-folk record, fans of that introduction could never have anticipated the seismic sonic shift heard across its successor. The six-year period between records was formative for Neale. In between signing to Sub Pop, a natural home for her latest output, she developed creative autonomy with her arrangements and delved fearlessly into various existential issues – romantic and esoteric – in her lyrics.

“When I made my first record, I was mostly deferring to the producer, Marlon Rabenreither,” she tells me. “He’s amazing and I trusted in his vision and let him steer the project because he knew more about music than I did. However, I wanted to feel like I was the orchestrator for the next group of songs I made. I kept going around to other people, trying to get them to help me, but I had to keep reminding myself, ‘No, I have to do this alone. Guy Blakeslee, who produced Acquainted With Night, got involved with the project, helping me with certain aspects of the recording. His role was mostly providing the materials I needed and showing me how to go about what I wanted to achieve as well as facilitating a safe space to record. That period coincided with me feeling more confidence and strength in my songwriting. I was always kind of self-conscious of not having a proper verse-chorus layout for a song. I think it took those six years [between records] to do some unprogramming in some insecurity I had around everything and come into my own voice.” 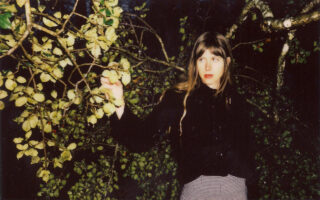 Written and recorded in 2019 while still living in Los Angeles and working in a cafe, Neale’s lyrics eerily foreshadowed some unexpected changes in her life, like her relocation to Virginia in April 2020. On ‘Every Star Shivers In The Dark’, amidst a steady drum sample, she intones, “I’m torn between the town and country / I’m going to get real old and watch a garden grow.” Work on said garden has since begun. “That’s something I wanted to do my whole life but never had enough land or space in the city to do it,” she smiles enthusiastically. “I’ve actually been really intimidated by it! It’s a really beautiful thing that’s been happening this year – I think a lot of people started to think about it, too. Just having your hands in the dirt is such a powerful thing, you feel like you’re connected.”

Horticultural concerns aside, space from city life made Neale acutely aware of the impact her surroundings have on her songwriting. “Now that I’m out in the country where it’s quieter, I want to make louder music. I’m realising there’s a balance I’m always trying to strike with the environment I’m in and the music I want to make. In Los Angeles, everything is so loud and over-stimulating, which led me to make a record that was quiet and internal.” Within those quiet spaces, Neale presents habitual imagery and activities; trips to the supermarket and folding bed sheets. Lyrically, her leading light for Acquainted With Night was unity. “I had a real sense of wanting to bring people together,” she describes. “That’s definitely woven throughout the songs and I feel like ‘Let Me Live By The Side of the Road’ is a centre-piece for that thought. The core premise of the album is upliftment coupled with providing solace and a reprieve from chaos and divisiveness. Of course, that’s only heightened in the past year so I almost feel like these songs held a premonition of what was to come, in some way.”

Often echoing the lo-fi hauntology inherent in the works of Clinic and Broadcast, Neale’s ethereal cadence is complimented with the warm celestial tones of an omnichord that fortuitously found its way to her. The newly acquired instrument and her introduction to recording with a four-track was the catalyst to a complete overhaul and re-evaluation in her approach to songwriting. The transition from writing on guitar to omnichord was seamless for Neale. “That was the surprising part of it,” she recalls with some residual bemusement from that initial exploration of the instrument. “Rarely can you just pick up a new instrument and not familiarise yourself with it before writing music on it. But this was so simple; it immediately lent itself to the types of songs I’d wanted to write. I think that’s what makes these particular songs so special; they’re pure. They came out the way they are. Because I’d written with a guitar for so long, I was always thinking about chord structures. Whereas with the omnichord it was like making patterns. While I played I’d see shapes and patterns which was a really interesting thing for me because I wasn’t associating the arrangements with notes or chords. Instead, it was like, ‘Oh, I’m making a square with this song, and a triangle with that one!’”

The scattering of sepia-tinged tonal motifs across Acquainted With Night’s 40-minute duration, be it the faint fuzzing of the tape detected on ‘White Wings’ or the shadow of Southern Gothic cast over the language of ‘How Far Is It to the Grave’, brings about a sense of timelessness. Much like her current location in that honey-toned shed, it’s neither rooted to the past or present. And as with planting seeds and patiently waiting for them to blossom, Neale has unearthed the perfect formula to grow her sound. “I’m definitely going to continue using the cassette recording for the next record. Just like the omnichord, I feel like I’ve finally found my ingredients.”