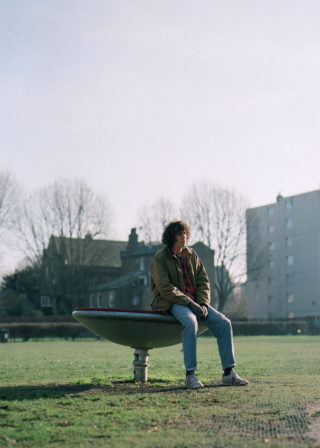 The Canadian singer went to L.A. to make it. Disappointed, he returned home to haul furniture for a living. It was the smartest thing we could have done.

Tobias Jesso Jr. has a friend back home in Vancouver, Canada, called Fraser. He’s a true friend. When Jesso, dejected and embarrassed, moved back home after a failed attempt at success in Hollywood, it was Fraser who was first round his house. Four years had passed and Fraser was no longer the man he’d left behind. He’d started his own removal and box company, which, if anything, exemplified how little Jesso had changed. He’d gone to LA to become a songwriter and take his piece of The Big Orange. But he was back, and no one was going to believe he was a musician nowadays, because, clearly, he wasn’t.

“When I went back to Vancouver I was no longer an artist,” he tells me. “Y’know, you can’t go back home. ‘I’m a songwriter now!’ ‘Really? Then why are you back?’ ‘Because!’” He folds back into the sofa and laughs his high pitched, friendly laugh – something that follows each of his tales of misfortune, and statements of self-deprecation.

Fraser employed Jesso on the spot, and the following day the two of them were hauling furniture. “It was depressing, for sure.” Jesso felt like Bill Withers, a man who, in the late ’60s, resigned himself to being a musician for his own pleasure, having struggled for years to be noticed, again in a new home of Los Angeles. (Famously, Withers refused to quit his job assembling toilets for an airline company even after the release of ‘Ain’t No Sunshine’, reasoning that the music industry is a fickle one, and soon enough he’d be out on his ear).

“Do you still play music,” Fraser asked Jesso as they loaded an upright piano into the company van. 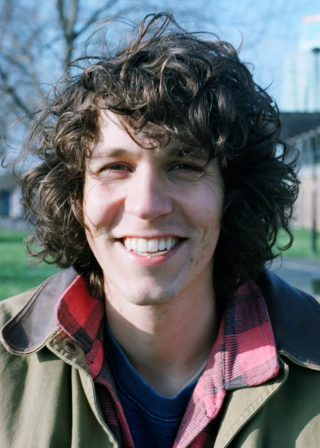 Jesso’s sister had recently bought an upright piano. That evening he sat down at it for the first time. The guitars that were going to make him rich were still in LA, and he still wanted to write songs, even if no one else would hear them. Music would be his hobby while he worked his way up Fraser’s company, maybe as high as Manager. “It was depressing, for sure.”

Jesso woke the following morning, having had a vivid dream. In it, he was a new father, just as the apocalypse was upon us. What a waste. He felt out just enough piano chords to write ‘Just A Dream’, and went to work. He told Fraser about the dream and the song, who asked Jesso to play it to him.

“I went to work the following day and told him I’d recorded the song for him on my 4-track, and that we’ll listen to it after work.

“At the end of the day we pull up in the truck and go in, and I put headphones on him and I press play, and I can’t wait, and he’s sat there listening to it, and about a minute in he stops the tape and he goes, ‘Man, this is… this is pretty much, like… garbage.’ I was like, ‘What!?’. He’s like, ‘It’s not for me, man. It’s too long, it’s too slow and you need singing lessons.’

“That’s definitely a true friend, because he was giving me his honest opinion, but here’s where the turning point was – it was the first time in my life where somebody said something negative to me and it didn’t affect me at all. I had listened to the song maybe 20 times before I went to bed the night before, and I was happy and proud of it. When I gave it to him I couldn’t wait, and when he hit stop, I just went, ‘No! Man, it’s meant to be that way!’”

He shipped the tape off to former Girls member and Producer Chet ‘JR’ White who, on hearing ‘Just A Dream’, disagreed with Fraser also. It’s White who is accredited with getting Jesso to where he is today, not unfairly considering it was he who invited Jesso to record with him in San Francisco, and it was White who shopped Jesso’s early, unmarked demos to a number of label heads, including True Panther Sounds’ Dean Bein.

Over the past two years, Jesso has run with the template of ‘Just A Dream’ to produce ‘Goon’, his debut album of rudimentary piano ballads, released this month via True Panther. He never did go back to the guitar, instead embracing the limitations of a new instrument that he’d envied since seeing Cat Power perform ‘I Don’t Blame You’, her ode to Kurt Cobain, on ‘…Letterman’ in 2003. He estimates that he’s currently of a standard around Grade 2.

He’s a lot of fun to talk to, grateful for his newfound, nearly undiscovered appeal, and self-effacing with a smile and warm nudge of your arm. Still, Grade 2 sounds about right when you listen to ‘Goon’’s simple, well struck piano chords and slow-to-mid tempo that Jesso insists is all down to his inadequate skills. Of the particularly hesitant ‘Hollywood’, he attests its notable dead space and heavily pregnant pauses to his trying to remember what chord to hit next. He concedes, too, that slow piano songs will always have trouble sounding anything but sad, and ‘Goon’’s overarching narrative is indeed one of heartache. In ‘Just A Dream’ a new father faces the end of the world; in ‘Hollywood’ Jesso laments his real life broken dreams of the big time; ‘Can’t Stop Thinking About You’, ‘How Could You Babe’, ‘Without You’, ‘Can We Still Be Friends’ – you can guess what they’re about. “But I’m not going to be a sad song artist,” he says. “I don’t want to be that guy.

“It’s more that I gravitate more towards sad chords, because they sound more beautiful. I don’t sit down at a piano when I’m feeling happy – I’m not like, ‘Woo-hoo, today’s a sunny day, I’m going to go down to the beach, but first I’m going to sit down at the piano and write a song about it.’ Sometimes that’ll just come out, but when I land on a good sad song, it just gets me more.”

Jesso likes the way The Beatles did it – a sober ‘Let It Be’ followed by a giddy ‘Lady Madonna’. He just needs to learn how to play quicker to complete the pairing. 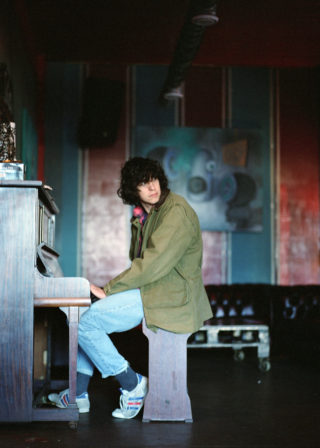 In the meantime, his music trades off of an inclusive naivety and an aspirational simplicity, meaning unfussy lyrics like ‘Nothing’s as hard to do, as saying goodbye’ are what they are, and Jesso’s musicality feels attainable. In that sense, ‘Goon’ is a perfect DIY album – a can-do record that allows you to think that you could make one just like it. His voice (homely and as if singing to itself) follows suit, although Jesso is definitely a stronger vocalist than he likes to think. Comparisons to Randy Newman are not unfounded, and Jesso, too, has a natural knack for vocal melodies.

“When I was writing songs on guitar I would never sing along, but when I switched to piano, I think the difference was that I felt like I had lot more support from the piano – I could play these lush chords that could fill out a whole sound a lot more, and my little, crackly vocal that went in the middle of it would just be surrounded by the sound.

“I have such a small range of singing – I can’t go very high and I can’t go very low – and since I have a very limited range I have to find interesting melodies that go in the middle. With guitar, that’s very hard, with piano you can hit a big chord and sing a little melody that goes over six notes – it can sound a lot more interesting. When I found that out I was really excited that the chords could lead the melody.

“Sometimes you’ll play with singers and their voice is everything. They lead everything and you’re just helping them out. I’d say mine is pretty even – the chords and the vocals are as important as each other. I could be a one man band with a piano; I couldn’t with a guitar.”

I saw Jesso play his first official show in November of last year, three days before he performed at Pitchfork Festival, Paris. It was to forty odd people in a flat in Hackney, London, found on Air BnB. Unamplified, he sat at an upright piano facing a bare brick wall, with nearly all of us standing behind him in a semi-circle, staring at the back of his head. We were hearing a majority of his songs for the first time, and it was the hymnal ‘Hollywood’ that seemed to get chins wagging the most.

It’s hardly a track for the Los Angeles Tourist Board, and by all accounts Jesso’s relocation to the Entertainment Capital of The World appeared to defy science as it featured more troughs than it did peaks. He spent four years living on sofas, failing at relationships and waiting for writing jobs to fall into his lap. At his lowest point he was hit by a car whilst on his bike. The car drove away and in the time it had taken him to stand up, the most opportunist thief in the world was pedalling away on his vehicle. Lower, perhaps, was the time he was a fake bassist in a fake band for a fake popstar called Melissa Cavatti. (Millionaires in America often indulge their teenager’s dreams in such a way, and hardly any of them turn out as well as Rebecca Black’s ‘Friday’).

“It was kind of grinding,” says Jesso, “but it allowed me to reinvent myself. Whenever you go somewhere new, you can say whatever you want and people have to say ok. It’s like a witness protection program. From the minute I went there, I was a songwriter. People would be like, ‘who’s the guy?’ ‘Oh, he’s a songwriter’. It’s easier to get a start somewhere new, as opposed to seeing an old school friend and telling them you’re a songwriter and them going, ‘no you’re not, you’re the chubby guy’.

“Looking back on it, I’d say if you’re going to do something, do it fully. I was writing songs but I wasn’t getting out there. When I went back to Vancouver I was handing out demos everywhere, at every show. If it’s not going to work out naturally – like, someone like Sam Smith, he doesn’t need to hustle his music; he’s got a beautiful voice, his songs are great, it’s an obvious path – but if you don’t have an obvious path, you’ve got to pave it for yourself. When I was in LA I wasn’t paving a path, I was sitting at the end of it going, ‘who’s going to come up to me and ask me to write them songs?’ It doesn’t work out that way.”