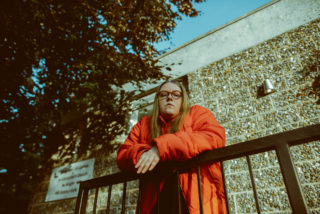 "Jazz has always been like the dance music of its time."

Emma-Jean Thackray is remarkably unassuming as she welcomes me into her small but cosy Catford home studio (pre-lockdown). As I set up, she bustles away in the kitchen making a pot of red bush tea with honey. A large and eclectic vinyl collection takes up a lot of the room, and on the bookshelf Dickens sits side-by-side with Philip Pullman. It’s the room of someone comfortable with what she likes, and unafraid of how others might judge her for it.

Aged eight, she started having cornet lessons through her primary school in Yorkshire. From there, she joined a classically northern brass band, became the principal cornet player at 13, and up until she left to study at the conservatoire in Cardiff, she joined every ensemble imaginable. “Anything I could get my hands on,” she remembers. “I was in a big band, an opera orchestra… I had a sort of pop-soul band just to jam and play the odd pub thing.”

This individual thirst for music was tempered with the lifestyle of playing in the brass band. In a small Yorkshire village where there’s not much else to do, Thackray says the community of the brass band becomes all-encompassing: “It becomes people’s lives, in a way. It’s a community centre for people.” Enclosed in this, she learnt how to play as a member of an ensemble and to really listen. And it was in her musical discoveries that she began to balance her talent with trust in her own taste.

She stumbled into jazz accidentally. One day she was browsing Limewire for ‘Concierto de Aranjuez’, a quintessential brass band number, and accidentally downloaded a version by Miles Davis. “I literally thought I’d discovered him,” she says. “I thought he was some obscure guy in America – I just thought that no one knew about him. I just felt like the coolest person.” This turned into a thirst for the genre, and Emma would rummage for jazz records in HMV bargain bins when she had any spare change. She was also going out to Leeds’ clubs and bars, and drinking in the bass-heavy dance music that was pumping out of the North. “Any time I hear some speed garage a mile away, I’m like,” she mimes perking up and looking wildly around her, “I can hear it! I can feel it! I can taste it! I need to get there!” She laughs and says, “just big beats all the time. That’s what I need!” 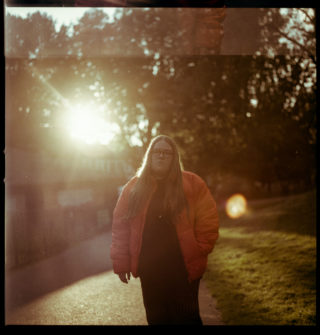 While studying at Trinity College London, Emma found herself in another close community of like-minded musicians. She bounced between the jazz and composition departments, never feeling like she was entirely at home in either. We joke about this and she apes her self-conscious teenage self: “Whatever, I don’t really read Harry Potter, I’m more into beatniks. I’m basically Jack Kerouac but I can’t drive and I live in a village, but whatever.” Later on, though, she grows reflective on this. “Although I’ve had these lovely, warm, nurturing environments, I’ve always felt like an outsider,” she notes. “I’ve never felt like I’ve fitted in anywhere. Back in Yorkshire, I was just completely the odd-one-out in the surrounding area and in the family. I just always felt ‘other’. In a way, that’s always been a good thing. That brings a sense of maybe disassociation in some ways, but I think it also forges you in another, and it makes you want to build your own environment.”

This is the kind of environment that Emma is seeking to create with her new Warp imprint Movementt. Today, Emma’s music straddles the boundary between electronic and jazz, although she’s always been considered too dancey for the jazz heads and too jazzy for the ravers. To be given an imprint by Warp is a vindication of her talent and efforts; and indeed, an honour in itself, as it’s granted to only a select few, like Flying Lotus and Hudson Mohawke. Warp is a label that has always danced to the beat of its own drum, creating new paths and supporting the tastemakers of the time. Fittingly, with Movementt, Emma says that she wants to create something entirely hers. “What I’m trying to do now with my label is to make this new home where I can be at the centre rather than at the peripheries.” It’ll be primarily a place where she can release her own material – she’s sitting on a load of live recordings and wants to reissue her first two EPs. First in line is her EP Rain Dance, which she says embodies her “three-pronged ethos” that shapes all the music she makes: music that moves the body, the mind and the soul, all at once.

“It’s stuff with a really visceral groove that’s going to get your body responding; forward-thinking musical content, whether that’s lyrical, melodic, just something a bit more cerebral. Then music for the soul, it’s stuff that’s really about nourishing subject matter and connecting people.” The important thing, she says, is keeping the three elements balanced. “I don’t want to just be another label,” she says. “I want it to be a place where people can find music that they can’t find anywhere else. I’m wanting to legitimise bootleg stuff, in a way. Stuff that people feel is a secret that they’re being let in on.”

Rain Dance itself feels like just that: a well-kept secret that makes you feel special for discovering it. On her previous album, Ley Lines, Emma played every instrument herself. On Rain Dance, she’s allowed other people’s voices in from the start, recording her band jamming and using those as samples from which to build up a track, or allowing them to improvise over her composition. “They’re definitely still working within my remit, but they have their own space to say what they want to say.” 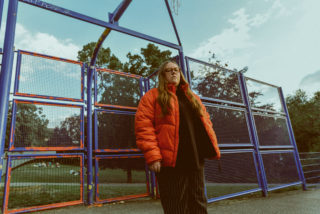 Emma says she got into the technical side of music production out of having no money and needing to know how to record music properly. At this point in her career, the production and mixing side of things have become as important in her creative process as the composition itself, and she’s single-handedly mixed and produced this new EP. “It definitely makes things more authentically my world because mixing is very subjective,” she says. “I can always imagine everything beforehand, in my head and fully realised, and I have to get to that point. The only way to do it is to do it.”

I ask whether this makes her controlling as a jazz band leader. She laughs. “I communicate with my band in a way that makes them feel that they have complete autonomy, but they actually don’t. I’ve said things very subtly to steer them in a certain direction.” She pauses. “There’s a really interesting psychological debate about improvisation as well that [questions if] there is such a thing. Everybody is a product of everything that they’ve heard, and the things that they’re going to come out with are influenced by what they’re listening to, what’s around them. If you’ve chosen someone to improvise on your track, you already know them, their work, and what they’re going to say. In a way, I’m still there in the background puppeteering everyone, but they feel that they’ve got control over their lives. Really, they’re just Sims in my world and I’m telling them what to do with a mouse.”

Given that she’s now being heralded as one of the key voices in the future of jazz, I ask Emma where she thinks the scene is heading now. In the space of just a few years, the profile of jazz has done an about-turn, from being your embarrassing uncle’s favourite genre to pulling in hugely diverse, young, cool crowds thanks to groups like Ezra Collective and Nérija, and artists like Moses Boyd and Nubya Garcia. What’s next? “Jazz is always changing,” she tells me. “Over the past hundred years, it’s always taken from what’s been around it in order to evolve. Jazz has always been like the dance music of the time. I don’t know what’s next and I think that’s what’s really exciting about it! It could get dancier and dancier, or maybe it’ll all go completely the other way. That’s what I’m most excited to find out, really.

As we finish up the interview and I walk towards Catford Bridge station, I have the tangible sense that Emma-Jean Thackray is very much in control. Throughout her career, she’s done exactly what she wanted in exactly the way she’s wanted to, creating a space around her to be filled only by those willing to bend to her vision.