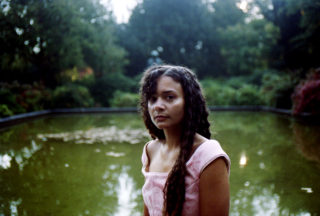 In an industry renowned for wildly hyping emerging talent and casting it out in the cold again in alarmingly quick succession, the quiet, unhurried ascent of Copenhagen’s Erika de Casier feels strangely comforting.

A word-of-mouth success, when her superb debut album, Essentials, came out in May 2019, there was no huge fanfare, no sponsored content, no big prize giveaway; just a small celebratory post on the singer/producer’s personal Instagram account featuring her holding a copy of the vinyl. Of course, you could attribute this minimalist marketing approach to the limited budgets that come with self-releasing records, but today the softly-spoken, alt-R&B singer confirms she wouldn’t have had it any other way.

“Because it wasn’t like one day I had a thousand more followers or something, I’ve been able to answer when people have written me to say, I really like your album. And that has been really nice for me because I’ve been able to process it in a way that wasn’t unnatural to me. Because if I think it was just like, ‘Boom! Let’s go, world’, then where do you start?

“Also, I really like when I find a record by myself, like, ‘What’s this? Why haven’t I heard of it?’ That’s a very nice feeling and I think it makes you connect with the music more than if you saw an ad or something for it.”

Though de Casier’s quest to make meaningful connections is by no means unique, the manner in which this desire mirrors the music she makes definitely is. Synthesising influences from west coast hip-hop, trip-hop and ’00s R&B, Essentials’ slow-burning productions still feel arrestingly intimate even though their appeal has proved far-reaching. Spending an hour with de Casier today, it transpires this mellow musical world is a fitting reflection of the gentle, unassuming manner with which she’s lived her life so far.

Born in Portugal to a Belgian mother and Cape Verdean father, de Casier was raised in the Lisbon suburb of Estoril until the age of 10 when her mother moved her and her younger brother to Ribe, a tiny Danish village just outside Aarhus. Understandably, de Casier recalls the shift in lifestyle as a shock. “It was, for me, a very visual change also because we came by train to Denmark and the nature is different, the temperature is different.” She continues, with a laugh, “It was raining when we arrived and I was like, ‘What is this?! Why did you move us here?’

“It was hard at first being taken away from my safety net and the whole Portuguese culture and put in this very small town in Denmark where people were maybe a little bit more reserved. I think you accept change better as a child, maybe – you do ask a lot of questions but you do adapt easily. And I did do that but I also had a hard time understanding this feeling I had of not feeling as accepted as I did before.”

As de Casier explains, these outsider feelings ran far deeper than just her nationality or native tongue. “Me and my brother were the only kids that weren’t white in the school, so of course you’re easy targets for bullying. My self-image back then was not so good either, because if you only have friends with blonde hair and blue eyes, and your mom has blue eyes and blonde hair, then of course you’re like ‘Why do I not have blue eyes and blonde hair?’ And because my dad wasn’t living with us, MTV was the only place where I saw other black people, growing up, so that was super important.”

Reflecting on the period today, de Casier displays a complete lack of bitterness or remorse. “I can’t go back and change my childhood and I wouldn’t want to,” she smiles. “I’ve often thought how would I have been as a person if we had just stayed in Portugal? What would I have done? And I don’t think I would have ever gone into music. I think the experience of being isolated and having a lot of time for myself meant that creating became a way of dealing with all these emotions.” 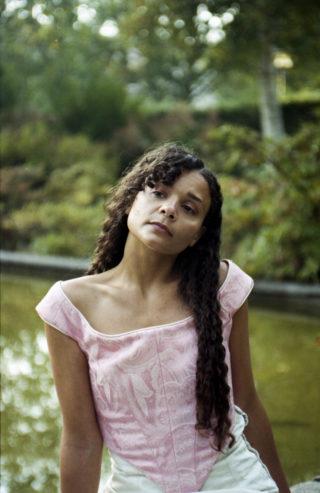 Like a lot of artists, it was a break-up that first moved her to write music. “Terrified” of playing instruments thanks to the disciplinarian teaching methods of the piano tutor she was briefly taught by as a child, at the end of high school de Casier taught herself to produce music on her laptop, initially just to provide a distraction from her heartbreak. Her passion snowballed from there, leading to her undertaking a Masters in Electronic Music, and joining hyped Aarhus house crew Regelbau, as one half of the Copenhagen-based, dark R&B duo Saint Cava. When her band mate Andreas Vasegaard eventually moved cities, de Casier shifted her focus to solo productions and began laying the foundations for her debut.

Written over the course of a year, and co-produced with Regelbau’s Natal Zaks AKA El Trick, Essentials found de Casier mining her formative fascinations with Destiny’s Child, Aaliyah, Usher, TLC, and Cape Verdean singer Cesária Évora, mixed with the textured atmospherics of Massive Attack, Portishead and Tricky. “I don’t have a very powerful vocal and also I really like it when a vocal fits the music,” she explains. “So trip hop for me was an eye opener, in the fact you don’t have to be able to do all these technical things with your voice – it’s more about the expression.”

Breakout single ‘Little Bit’ illustrated this point beautifully, pairing a breathy top line with a hypnotic, G-funk-inspired groove hewn from harpsichord and Moog-style whistles. It was this song that prompted Dua Lipa to slide into de Casier’s Instagram DMs and confess herself a fan, leading to de Casier remixing ‘Physical’ back in March at the request of Dua’s management.

Having steadily built to this point, it does feel like de Casier’s career has now gone up another gear entirely. After around 18 months of private discussions, in September she announced her signing to 4AD and shared ‘No Butterflies, No Nothing’, the lead single from her as-yet-untitled second album. A burst of dreamy R&B embellished with celestial harp trills and elastic sub bass, the song examines unrealistic relationship expectations, and is accompanied by a soft-focus video pastiching the social formalities in costume drama.

“If I had to be honest, I got super cold feet when [the video] came out,” she laughs of her deliberately hammy acting in the short. “Because I was like, what did I do? What monster have I created? It’s purposely kitschy so I hope people get that. I hope I don’t become a meme or something.”

Though not necessarily sonically representative, she sees the single as being very much from the same family spiritually as the rest of the record, which was written throughout lockdown and is co-produced once more by El Trick. At the time of our conversation in October, de Casier describes the album as “90% done”, having just come back from a writing trip in Svartskog, near Oslo, where she shared a cabin with her musician friends Clarissa Connolly, and Catharina Stoltenberg and Henriette Motzfeldt of Norwegian techno duo Smerz.

“If you’re expecting Essentials you’re not going to get it of course, because Essentials is made,” she smiles. “I do think I’ve evolved, both skills-wise and in terms of the aspect of self-acceptance in the lyrics as well. I’ve written not only from personal experience but also included fantasies of how I would have wanted to react to a certain situation. So that’s been very inspiring actually, because instead of being like, ‘Ok I was a victim in this story,’ I’m like, ‘No, no, no – I ruled that situation.’”

As she explains, the real growth has come in her perception of her own capabilities. “More than ever, I have confidence in my songwriting and I trust my ideas. And I think being able to be comfortable while I am creating and releasing music is success for me, really. Like, I don’t have goals like, ‘By 2022, I want to play this arena’ or whatever. Not at all. It’s about being happy in the moment.” While everyone else is measuring success in streams, likes and shares, it’s heartening to see de Casier content to chart her own course.