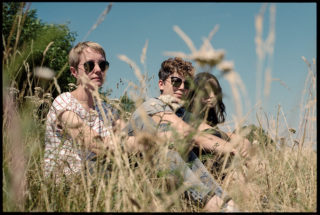 Separating themselves from the turbulence in a cottage in Derbyshire

A gateway to the open space and scenery of the Derbyshire Peak District, in the cradle of the Industrial Revolution where the power of the Derwent was harnessed for cotton mills, sits a picturesque village, which folktronic three-piece Haiku Salut call home. Walking up its streets criss-crossed with bunting, past a mill pond over which a ramshackle book store presides and stone cottages lean against each other, it is something of an idyll. As well as the tourist draw there is a sense of creativity in the air, bolstered by the arts and crafts crammed shop windows. It fits perfectly as the backdrop to the band’s quiet and gentle demeanour, although not necessarily as an obvious location for their electronic music.

Described as ‘baroque-pop-folktronic-neo-classical-something-or-other’, Haiku Salut’s instrumental electronic music builds in intricate cycles, layer on ambient layer. Hidden away in one of the small cottages they make music with a warm touch and a big heart, intellectually fascinating and emotionally resonant. The home studio and rehearsal space replicates as closely as possible their stage set up – a carefully constructed central bank of keyboards and synths, packed pedal boards below. To one side the percussion; to the other guitars and homemade robotics. A trumpet balances on an amp, pointing out of the open window. The thick stone walls make for natural soundproofing, and out of what looks like a chaos of instruments comes striking and sublime sounds.

It can be a surprise – the swells of sound, the complex arrangements, the flourishes of detail, all from just three people. On record you assume the process supports the sound but to see the band pull it together live really brings the performative aspect into their music – they’re carefully choreographed as they move around each other, weaving together both digital and analogue instrumentation. Tonight they take up their positions around me in the small room and play a new piece accompanied by homemade robots tapping in sync against percussion from cymbals and glass bottles. The sound resonates inward, vibrations physically enveloping us as they take cues from each other and build the track from its quiet beginning to its crescendo, where everything in the room seems to be in movement. 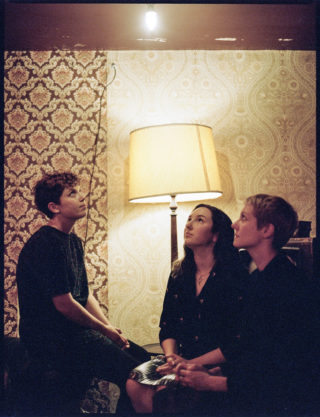 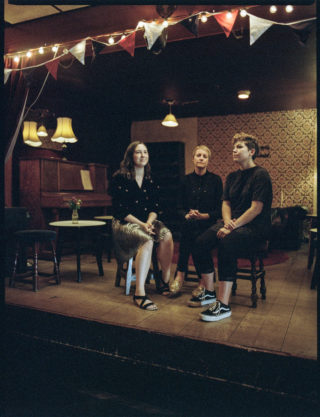 We move downstairs and sit in the cosy front room, their dog lying companionably on the floor between us. A deep and long-lasting friendship exists between the three. As we talk they turn to each other and sometimes without speaking will all fall upon the same memory or same train of thought. It feels inclusive though, rather than I’m the outsider that I am, looking in. All three of the band are quiet and gentle in tone, thoughtful in their approach to music and speaking about it, as they ready for the release of their third album, ‘There Is Nowhere Else’. It’ll be their first for experimental electronic label PRAH Recordings.

“We wanted to evoke a sense of place,” says Sophie Barkerwood. “It’s called ‘There Is Nowhere Else’, which has various meanings, especially when coupled with the song titles. Derbyshire is a very beautiful place, and we have a sense of belonging here for the moment. The landscape is really dramatic and sheer – it’s hard to say the landscape directly influenced our music, but this is where we write and it does seep in. I think our songs do have those dramatic areas; they do drop away. This landscape has influenced us.”

“We’re looking to evoke community too,” says Gem Barkerwood. “We have used a local artist for the album artwork and we used Glastonbury Brass as brass bands give that sense of community. To be in a room with that much brass was quite overwhelming but we felt so together.”

“I love that sense of cohesiveness,” says Sophie. “That idea of togetherness, we needed that lift, that triumph and celebration of community – the brass band captured it perfectly for us. It’s really easy to see these are really awful times and it is so tense and uncertain for so many people. We would come here and write and practice music and it would feel nice and ok to separate ourselves from that turbulence for a short while but it is hard to see why we would pursue a creative endeavour against all the things going on politically at the moment. When things are so bad it does feel like a privilege to write electronic music in a village in Derbyshire. But celebrating community, making tiny changes and having positive conversations and rejoicing and celebrating each other is what we need to do. That’s the feeling we want to put across – that triumph and joyousness of working together. Making music helps us feel we belong, and we hope people feel the album belongs to them. A sense of belonging is really important.” 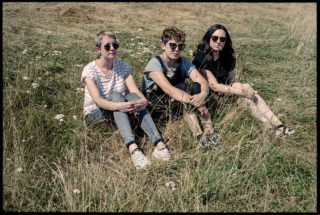 The three members of Haiku Salut met in 2006 while at university and after playing in a few bands decided to attempt something more ambitious when Louise Croft was given an accordion in 2010. They wrote intensively and a debut EP was released in 2011, followed by debut album ‘Tricolore’ in 2013. Their ‘Etch and Etch Deep’ LP was released in 2015. The band has written more slowly since, and in a considered but serendipitous way, they’ve found that songs don’t often present themselves whole but rather fragments come together unexpectedly over long periods of time.

Sophie tells me: “The new album has been three years in the making and the writing process has been more disjointed, but when things came together they came together quickly. I felt there was more meaning behind this one – that celebration of togetherness.”

New single ‘The More and Moreness’ was started on Christmas Days a few years ago. “We wrote the beginning part, and two years later we thought ‘that would fit well with this bit’,” says Gem. “I love that things go unused for years but then find their fit.”

“You realise they belong together,” say Sophie. “Things are just waiting around and it happened a lot with this album; lots of pieces coming together. But often I don’t remember how tracks come together; they just do.”

The band have collaborated with many other artists including Grawl!x (who has also directed videos for the band) and Public Service Broadcasting. That partnership came about after Haiku Salut added a PSB track to a Spotify playlist, something they described as “an amazing set of coincidences leading to incredible experiences.” This open way of working with others helps to keep their influences broad, ranging from Japanese writer Haruki Murakami’s surreal and fatalistic tales to electronic musician Baths. 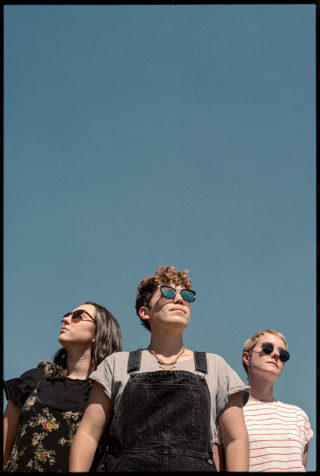 Their live shows are a fully musical affair with the band remaining mute throughout the performance. Beyond the closely practiced moves between instruments and each other they are also known for their lamp show, which they’ll take on the road again this autumn. You can probably imagine what that is – adding to the intricacy, intimacy and dreamlike nature of their music, a ramshackle collection of programmed vintage and kitsch lamps glow around them, visually punctuating the sound.

Louise tells me that getting their music ready to play live can be complex: “Sometimes we have to change songs around to perform live, just because there aren’t enough limbs to play it how it’s recorded. Learning to play ‘The More and Moreness’ live was like that – we needed more hands. But that’s part of the fun of playing our songs live, we’re never all in the same place playing the same instrument.”

Having worked so long on ‘There Is Nowhere Else’ the band are looking forward to touring and to playing with a line-up extended by self-playing instruments. “We do keep a close knit between organic and digital sounds,” says Sophie, “so it’s quite nice that we as people are now interacting with musical robots. They sound quite glitchy so they fit well with us.”

“A lot of people think we just press a few buttons, that what we do is quite easy,” says Gem. “I like that we’ve taken that idea and become musical in different ways, and we’ve made it more complicated, then made it organic again.”

Modest about their music, quietly determined in what they do, and passionate about the ideas they are exploring through sound, with their new album, Haiku Salut have created a collection reflecting the importance of togetherness, only possible because of their own connection as a trio patiently plotting in their Derbyshire cottage. 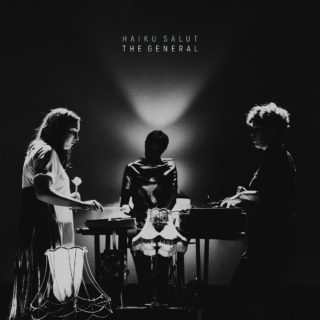