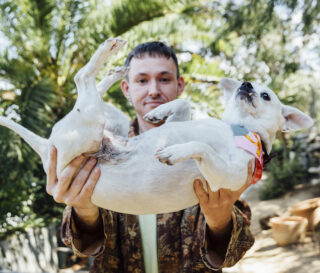 Having been one of underground electronic music’s most influential producers for over a decade, Hudson Mohawke is back with his long-awaited new solo album, Cry Sugar. He speaks to us about settling in Los Angeles, shit hitting the fan, and how important it is to remember to have a fucking laugh

Scottish producer Hudson Mohawke’s production style has had an inarguable resonance across music culture over the last decade. Alongside the likes of Rustie and SOPHIE, he pioneered a form of synthetic, crystalline club music that has permeated everything from era-defining pop, to mainstream rap, to the avant-garde fringes of electronic music.

His catalogue runs deep. The trap-indebted party starters of TNGHT (alongside fellow producer Lunice), which permeated festival moshpits and student parties alike. He helped sculpt some of the most singular rap releases of Kanye West’s career (chiefly the monolithic Yeezus).

For his latest solo offering, Cry Sugar, he returns once again to Warp. Another dose of ballistic bassweight and saccharine melodics, as razor-sharp as it is perplexingly off-beat. We discuss how a relocation to America, amongst other things, has helped shape his latest bout of sugar sickness. 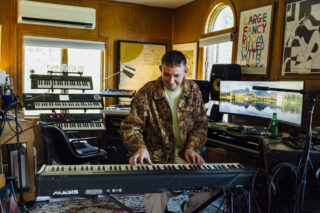 Oskar Jeff: How are you feeling about the new record?

Hudson Mohawke: I feel pretty good. I feel a little trepidation, and I think that’s healthy to be honest.

OJ: How are you feeling compared to this time seven years ago, when you released your last solo album?

HM: With that last project I was so burnt out doing live shows. I really wanted to make an album that was not club-focused at all. I was just tired of it, I’d been doing 30 festivals a summer for the last six years. I still really like that album, but I hear that it was a reaction to the situation.

OJ: You’ve said Cry Sugar is influenced by America, or the idea of America – could you expand on that?

HM: I’d been coming to America for years for work, but it was still a culture shock moving here. It’s so vastly culturally different from the UK in a way that is quite jarring. It’s somewhat amusing, but also deeply disturbing at the same time.

OJ: What brought you to America?

HM: It had been in the back of my head forever. My dad’s from LA, and I moved over with a girl I was going out with. That was the catalyst for it. This was around the end of 2016; I’d moved to London in 2008. There were a couple years where I was going back and forth to Amsterdam. But for the most part, I’d been in London for the best part of a decade. I loved it there, but I knew it was always going to be there. I was nearly 30, I knew if I didn’t take the chance, it might never happen.

Coming to terms with the vastness of America, after feeling like the UK was the centre of the universe, I think I realised that, despite the vastness of it, it’s also a pretty insular place. There’s not a lot bleeding in from other cultures really, on the level of the average person on the street. I love it now, but I had extended periods of time thinking, “What have I done?”, [feeling like] I don’t want to go back to London, but I don’t know what this place is. It’s just fucking weird. It just takes a while to adjust.

It’s kind of what we reflected in the artwork: hedonism vs Uncle Sam. Just like a collapsing society. I think having been here the last few years when shit has been hitting the fan every fucking day. A lot of what ended up being on the record was me finding a bit of relief from that.

OJ: It’s certainly there in the music. Something like ‘Dance Forever’ has a real deranged hedonism to it, like someone on their deathbed forcing themselves to dance, the ceaseless quest for euphoria to the end. It comes back to that idea of America again – “We’re gonna go off the cliff, but it’s full-speed in a sports car.”

HM: [Laughs] Yeah, absolutely. But, I’m always reluctant to say what exactly an album is about. That’s for people to decide for themselves.

OJ: There’s a feeling of intentional disjointedness to the album’s sequencing, with frequent emotional curveballs and stylistic U-turns. On ‘Some Buzz’ there’s an unexpected extended ambient end which then leads into the Todd Edwards-style UKG of ‘Tincture’. It doesn’t compute in a conventional sense.

HM: It’s intentional in a sense. As a listener, my favourite shit is always unexpected. That’s what gets my attention personally. Again, it goes back to how I like to sequence a DJ set. I like to have sections that are almost palate cleansers, after moments where it’s been quite intense. Also it’s sort of a reflection of attention span; on previous records I’ve been reluctant to expand on the same idea for more than a minute.

I think that the flipside of that, is you see a lot of people intentionally making background music for a lobby or an office. Something that doesn’t ask any questions, doesn’t really demand your attention at all. That seems to be the way a lot of people are consuming records. It’s in the background while you’re doing your fucking spreadsheet or wherever. I think the point where I’d be alright to do that is when I’ve sort of given up.

OJ: I don’t know that anyone has a better, more established scene of underground electronic music than the UK does. But I’ve always felt there’s not a lot of joy in it, it’s just kind of a bit drab. Again, it’s probably from me being obsessed with happy hardcore and jungle, where I’ve always thought there’s a way to be direct and balls-to-the-wall about things, without that necessarily meaning it’s ‘cheesy’.

Do you think it’s almost about how journalists and academics are writing about club culture, and how that’s almost becoming self-perpetuating within the music?

HM: Yeah, there’s probably an aspect of that. There’s a real tendency to over-intellectualise club music.

OJ: It’s almost like people are trying to work out where they stand in the lineage of British dance music before even putting the USB into the fucking CDJ. An ultra self-awareness of where you might fit within the grander narrative, rather than just having a fucking laugh?

OJ: There’s also the thing of younger people getting sold this false nostalgia for a period that they didn’t experience, such as rave or garage. I sometimes feel like it comes at the cost of people feeling like it was better than what they have now.

HM: Yeah, that’s part of it. It’s funny, actually, I did this little party at the end of last year. It was me and Dougal [veteran happy hardcore DJ]. It was pretty fun. And I remember him saying, like, “Oh, this is exactly what all the old parties were like.” These things that I’d idolised, and it kind of threw me off.

OJ: Yeah that’s the crux of it, it’s as shit or as good as it’s ever been.

OJ: How did you first get into dance music?

HM: Two of my cousins always had [techno and hardcore dance compilation series] Helter Skelter and Thunderdome tapes. I was around 11, part of the fascination was in having no context for what this is. I knew nothing about it, but I knew I loved it.

OJ: If you hadn’t had the success you’ve had, do you think you’d still be making music?

HM: I think about this a lot. I’ve been very fortunate. I very much was the guy being told by my parents, “You’ve got to get a job, or you’re out of the house.” Playing music at 2AM when they had work the next day. It’s the only thing that I really love doing.

I was in Glasgow recently, and the Numbers label guys had been doing a course for young people, and I went and spoke to them for an hour. Each of them had put on their own club night, and I was saying to them, these are the moments that stay with you. When you see your first 150-cap club full for your event, that stays with you forever. 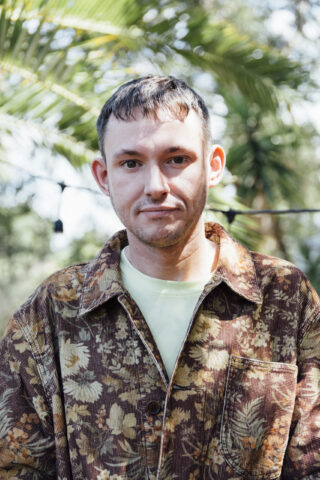 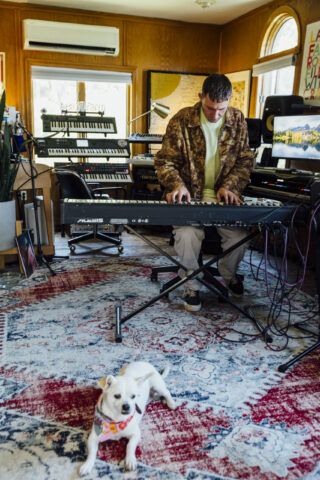 OJ: How has your collaborative work influenced the way you make music?

HM: For the majority of my career, I would have considered myself to be like a very poor collaborator. I just didn’t have the skillset to work well with another person except for Lunice. But being in the US, collaboration is how things are done.

OJ: An album like Yeezus, which you worked on,  sounded like an incredibly open-source production; was that a freeing way of working, or was it a struggle?

HM: I think I struggled with it for a period, because my only experience really was releasing things where I had the final say. There’s a learned aspect of being okay with the idea of something that you worked on sounding totally different from how you had heard it originally.

OJ: If you were to listen back to Yeezus, would you be able to distinguish your contributions or is it a blur?

HM: Yeah, there’s parts dotted all over it. I think my credit is ‘creative consultant’ or something. Working on particular songs but then bringing a kind of palette to the project. It’s a dream come true to work with an artist that’s at the top of their game but you don’t have pre-defined lines of radio hits or singles. That’s rare.

Last time I was with Kanye was just before the pandemic. You can have whatever opinions on him as a person, but there isn’t an artist at that level who could make number ones, but is willing to make the stuff he does. He’s written the book from scratch like eight different times.

OJ: Lastly, you’ve said collaboration reminds you to never stop learning, but you’ve held a commitment to using FL Studio [a legendary, yet divisive DAW] throughout your career…

HM: I think it lends itself very well to getting ideas down really fast. A lot of people have this love-hate relationship with it, because it’s so great in so many ways, but there’s so many glaring shortcomings at the same time, where you have to figure out a way to make it work for you.

It’s funny, I was having this conversation with someone from FL recently. They were talking about the guys who had developed it having a chip on their shoulder about the fact that they’ve never had a good copy-protection system, so everyone’s always been able to pirate it. I was trying to say to them that the reason that the biggest club records that move culture are made on FL is because it’s accessible to everyone. You can’t buy exposure like that! 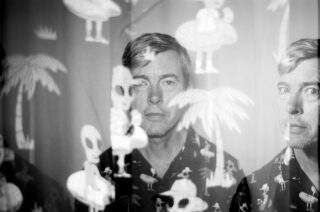 Neneh Cherry is allergic to nostalgia