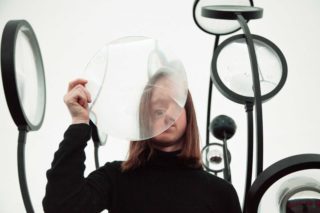 “I’ve always been into psychedelic music and I think this is the most psychedelic record I’ve ever made,” says Jacco Gardner of his latest album, ‘Somnium’, as we sit down for afternoon coffee in Amsterdam. Gardner looks like he could be in a 1960s psych band too with his check trousers, heeled boots, big brown coat and turtleneck jumper. Just across the road from where we sit is the suitably kaleidoscopic setting where Gardner will perform his latest psychedelic exploration: the city’s planetarium. “It’s been very stressful,” he says as he tells me about the two days he’s spent setting up in there and how a new quadraphonic PA has had to be brought in for the show. He bows down his head and parts open his hair: “I have a few more grey hairs then usual.” Sure enough, nestled amongst the long strands of brown are strips of tired greys that number above the average for a man of 30.

‘Somnium’ was never intended to be just an album you see. Gardner created it to be a multi-sensory and multimedia experience from the off – a new voyage for a new era. His first two albums blended fuzzy guitars, baroque pop and woozy melodies – not too far away from early Tame Impala at times – but on his third Gardner has ditched a great deal of the sound he’s grown to be known for. Instead he retreated to Lisbon, fell in love, had his mind ripped open by the dreamscape sci-fi of Johannes Kepler (the album is named after his 1608 book of the same name) and recorded an immersive and synth-heavy record that sounds like an unearthed gem from 1970s Germany akin to Cluster or Tangerine Dream. Oh, and he doesn’t sing a single word on it either. It’s entirely instrumental. “A lot of people are sad that I’m not singing on it,” he says of the U-turn move. “I understand though. People connect an identity to a voice and then when it’s not there, you feel in conflict with what you thought that identity was and you have to rediscover an artist that you thought you knew.”

Although, reconnecting with any altered sense of artist identity is not hard on this record. It’s Gardner’s most stirring work to date. “My other albums had an otherworldly aspect to them,” he says, “but I really wanted to take this concept to another level, to really create another world that you could inhabit. Almost like a structure or a building.” Besides, Gardner’s career trajectory as baroque psych pop singer was never planned. “It was accidental that my first record had a lot of pop aspects to it,” he offers. “But because it did that meant a lot of doors opened to that world like touring, radio, TV and record labels – the whole mechanism of pop music. Because of that the second album followed suit.” 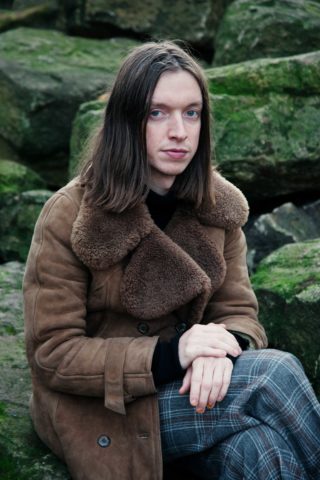 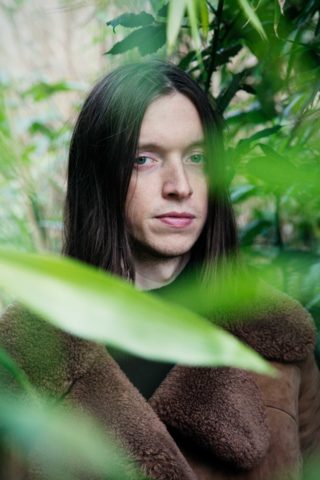 Gardner is someone that likes to lose himself completely in his work, to hand over himself entirely and follow a sense of the abstract and the unknown, to be guided by “something other”. But touring life didn’t really allow for that. “I felt trapped,” he says. “I didn’t like the expectations that you had to follow. Like radio songs that require a certain length and format, and the live setting with the stage that always has the same sense of spatial hierarchy: watching a band elevated on the stage playing in this rock format, which has been done over and over again.” There’s a palpable spark to Gardner when he speaks of this latest record; a clear sense of creative liberation and rejuvenation having taken place. “I don’t know if bored is the right word but I toured for many years and after that I felt like if I would have continued doing that I wouldn’t have had a private life. For four years my only life was doing interviews about my music and singing songs about myself – every day. That was my life. I didn’t have any other life and it becomes a bit crazy. You end up being overly obsessive with yourself. In the beginning I was okay with that but I noticed that I started living inside this profile of expectation.”

So this album took on a new function for Gardner, to be something he could enjoy himself, a place to rebuild his own relationship to his music but to pull himself out of the equation in the process. “I have only a simple request, which is to listen to my own music and to enjoy it,” he says. “I should be able to enjoy my own work and I wouldn’t be able to enjoy it so much if it was about me because I don’t find it interesting listening to lyrics about me. I’m not a narcissist. I’m not obsessed with my own ego. I still love to listen to this album even though I’ve heard it many times and I didn’t have that with the other two albums so much.” 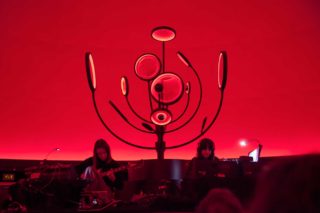 Gardener wanted to create a sense of adventure. A record that he could return to and wander in its vast sonic landscapes, moods, colours and avenues – and to be a place where audiences could do the same. “The emphasis is on the experience,” he says. “I’ve tried to get these songs to be basic parts of an adventure story so that everyone can fit their own adventures into it. Working on this album there was a mystical element to it, an abstract quality and a sense of the unknown where I was just following experiments to see where they would end up. A sense of exploration is a very human thing and maybe today in our fast-paced society there’s not a lot of room for that.”

This voyage into the unknown and sense of exploration needed to be unencumbered by words. Not only did Gardner not want himself to be the focus of the music but he also didn’t want anything else in the way that would trip people up on their trip. “Words are limiting,” he says. “They are very binary and I think it’s important to escape all these things as much as possible. The idea of the unknown is inspiring to me. I wanted to try and make something really evocative with the synthesisers as opposed to words. Synths can sometimes be used in a very cold and electronic way but I really wanted to evoke this human aspect and the emotions I was feeling myself, be them exuberance or melancholy or adrenalin. I felt like I was exploring my own emotions through these machines.”

Gardner has also had a machine built as part of his live show in the planetarium. As the room gets comfy and slips into the sloping seats and darkness descends, he and his partner Maria sit in the middle of the room with a modest set-up largely based around synthesizers as a contraption that towers above them. The music begins: whirring, slightly eerie, humming synths that float around the room, shifting and rolling through the quadraphonic PA. The contraption begins to spin around, casting shadows upon the giant ceiling. The contraption is a mechanical installation based on an old Victorian planetarium but with a 360-degree camera in the centre where the sun would traditionally be. A variety of lenses and filters (planets) rotate around it controlled by three different motors with each one controlled individually and choreographed to fit with every song. Initially it looks pretty, spinning and gliding in sync with the songs but the large ceiling canvas remains somewhat unused except for the shadows they cast. Disappointment sets in for a moment as one thinks, ‘is this it?’ yet things begin to change drastically with each song and soon the roof is immersed in colours and shapes as each lens’ LED rings change colour and project shapes onto the roof, which themselves mutate and transform when they cross over each other.

It’s something that you sink deeper into as it evolves and expands. The volume is pitched at just the right level to dip in and out of it and not overwhelm, the lights are enticing and immersive yet subtle and leave enough room to forge your own visual journey. It’s a performance that doesn’t hit you over the head but instead creates a place for you to step inside and visit, to roam around and explore for forty-five minutes. Which of course was always the point. “It’s about making music more than just sound,” Gardner says after the rapturously received show. “Bringing it into the physical world and creating sensations. I wanted the live experience to be quadraphonic so that you can’t really get a grip on what’s coming from where. If you can anticipate something then you can’t explore it.” A trip almost worth going grey for.