The songwriter and author takes us deep into his craft as he releases his latest work, The Book of the Gaels

“My only preference is that I keep my hat on,” mumbles a tired James Yorkston, whose nine-hour journey from East Fife to the North Dorset border ends just as you’re sure he’d want it to: with a photoshoot. Dodging the meowing ostentations of peafowl and passers-by before this evening’s performance at End Of The Road’s Talking Heads Stage – a kind of amphitheatre at the edge of the festival, surrounding an intricate wooden platform that looks like the arched skeleton of a concert hall above a flock of well-lit trees in red and purple – he’s in remarkably generous spirits for someone who’s travelled the length of a country. But who knows how he’d be without the hat.

Later that evening, he turns away from the audience that’s gathered in front of him, crammed along the hay bales and benches, to read a few pages of his new book, The Book of the Gaels, by a single light that lands just behind his head. “I’m not turning my back on you, you see, I just need to stand like this to read the page,” he says, turning his back on us. “Of course, I might turn my back on some of you in real life, and vice versa.” But Jarvis Cocker likes this book, and Yorkston reads out his glowing foreword with a crafty smile flickering across his face like a faulty oil lamp; turn your back on him and you’re the one in bad company.

Gaels is his third book, his second of fiction following a “bittersweet slacker” debut Three Craws and his deadpan tour diaries It’s Lovely To Be Here, all interspersed amongst a steady drift of recorded music. “It’s a great creative release,” he tells me. “I mean, my music is mostly about my lyrics, but the freedom to explore longer stories with a book is a thrilling thing after so many years of writing albums. And if I’m not in the mood to continue on the book, I can just sit down and tinker away on the piano. The different pursuits interweave, but not in a way that worries me,” he smirks, “and there’s no real eye on getting to the charts or anything like that. I can do it all in a very relaxed fashion and not be too concerned.”

The Book of the Gaels

His new book follows the story of two young brothers, Joseph and Paul, on the long, hungry road from West Cork to Dublin with their poet father, battling the relentless Irish cold for the promise of his work being published. The book begins with beautifully sprawling, gleeful passages of the same rain that gullies their travels later-on. They layer up jumpers and coats and head out to see the rainwater beating perfectly against the lough as though it were theatre, glowering at an interrupting motor like it were a chatting gig-goer disturbing the sheer sublimity of the performance, as they stand awe-struck.

“It sounds like a daft thing but [the only time a subject overwhelms me is] when friends have died, or when I’ve been going through wretched times with family illness,” Yorkston says. He pauses. “But that tends to be when I write anyway. I don’t mean I only write when friends die – that would be mental – I write when I’ve got something to write about. I’ve never been one to sit down thinking ‘ah, shit I need two songs today, what rhymes with squirrel?’ That’s never been my thing. I always wait until the thing comes and then I trust myself as a writer. And later on, when I’m not inspired, I go back and trust myself as an editor.”

As he says that, his eyes drift down to his own slightly weather-beaten copy of Gaels, where he’s scribbled out the two ‘The’s in black biro, so that the title now simply reads Book of Gaels. If one were to analyse it, there’d be cheap headlines about how the editing process is never truly completed for the restless artist; he’s not satisfied, even now. He’s drawn what looks like a cloud beneath the character’s feet on the front cover, too. He catches my seeing it and grins. “Oh, well that’s just nonsense, but fuck knows if I’m a good editor. I’m not exactly the Arctic Monkeys.”

Whilst that’s true, Yorkston’s been an Arctic Monkeys labelmate for the best part of two decades, conserving a career across music, fiction and even podcasting with his friend Stephen Marshall of Futtle (a nearby record shop and brewery), with an overriding sense of calm from the East Neuk of Fife. A relaxing conviction saturates his work; he has a small audience who value that determined integrity, and enough of them for him to sustain a living.

“I think if one is in a position where one can do art for a living then it’d be foolish to look elsewhere,” he says with real confidence. “The thing is that none of this matters: music, art, lyrics, books. None of it matters at all, so I’ve just got to do the things that keep me interested and make me laugh.” It figures; between the beautiful descriptions of Irish countryside and the tragic retelling of the family’s backstory are openly funny vignettes: the brothers Kevin (two brothers two years apart, each called Kevin), pathological nuns who eat cheese sandwiches in front of starving students, tragicomic narratives about drowning mothers, the father fabricating ghost stories to con some grannies out of a carrot sandwich.

“I love dark humour. It’s quite funny to see a guy trip on a banana skin, so I’ve always snuck those things in. Even the darkest passages are slightly amusing, but life is like that. I’ve been in some very dark places with friends, and you joke with them in their final moments of life because what the fuck else can you do? I’m lucky enough that no one’s going to be expecting me to keep everything light and mainstream and cheery. I can write whatever I want and I really feel that freedom.” 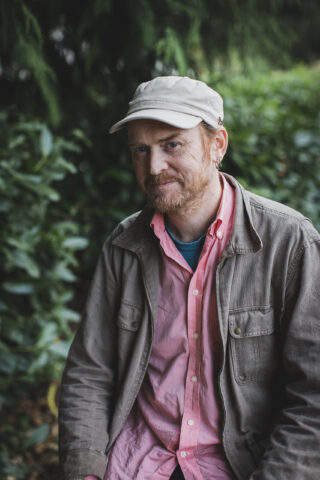 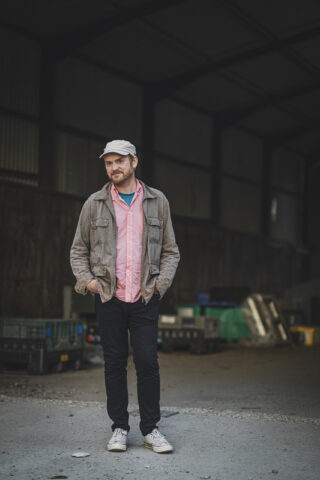 The songs of The Book of the Gaels

Some of the most triumphant moments in Gaels happen around song, in performance and in passing it on, from the pub scene Yorkston reads out at End Of The Road that builds into an a cappella chorus of ‘The Stoutest Man in the Forty Twa’, to a scene where the children camp at a Stone Circle, accidentally overindulging in a special cake, to a dance of ‘The Rattlin Bog’. Just as Yorkston’s version of the old Northern English ballad ‘Little Musgrave’ has been entering his solo sets of late, he’s also recently worked with the folk revivalist collective Broadside Hacks, despite an historic aversion to being labelled with “the f__ word”.

“I kind of fucked up a thing I did for Broadside Hacks. It was shit and I shouldn’t have sent it to them,” he digresses. “I kind of ran out of time and regret sending it because they seem like decent people. But the track that Yorkston/Thorne/Khan did I thought was really good.” Yorkston’s work with Jon Thorne and Suhail Yusuf Khan has embraced its trad leanings recently, including a glorious Indian folk cover of the Rabbie Burns standard ‘Westlin Winds’ on their 2020 album, Navasara.

“Traditional music is a huge thing in my life. When Yorkston/Thorne/Khan started – not with the first album so much but with the second two – it gave me somewhere where I could work in traditional songs without it feeling a bit weird. When I started doing the JY stuff and it got called folk straight away, we were like ‘What the fuck is this, they’ve never been to a session in the buff, if they think we’re a folk band then they don’t know what they’re talking about.’ We kinda laughed about it – my band the Athletes and I – but then it happened more and more, and by the time Beyond The River [Yorkston’s second album – 2004] came out I felt like it was backing me into a corner, so I edged away from doing the traditional stuff for a few years. Now I’m doing it all the fucking time,” he laughs. “But YTK – that’s where I divert all that. I’m learning some new songs at the moment, a version of Arthur McBride and a few other things.”

The place of The Book of the Gaels

We end by talking about Yorkston’s early years in Ireland. Just as its stories colour the entirety of Gaels, there’s a small history of Scottish folk musicians being captivated by the country – Dick Gaughan, Donovan and Bert Jansch only three scoring the fields of a shared Celtic tradition. “I just loved the traditional music here,” he says, “everyone from Elizabeth Cronin to Séamus Ennis. Planxty were a huge band of my youth, so Ireland’s always had a great attraction for me and nowadays there are so many amazing bands and incredible music and players coming through that I’m always interested.

“I’m like one of these terrible Americans that comes over to St Andrews and says, you know”– he mimics an accent that sounds more like Elmo than a well-meaning but annoying tourist, “‘I’m Scotch!’ – I mean, I’m aware of that. So many of my formative years were spent in Ireland getting up to all sorts of mischief. And growing up Catholic in a Protestant area, suddenly going to Ireland felt very warm and welcoming, even though I wouldn’t say I’m Catholic now in any way whatsoever. But at the same time, it’s just a place I love. You don’t want to be one of these guys–” the accent returns – “I’m Irish!”

With the final exaggerated accent, he opens the book, with post-End Of The Road plans to record Gaels as an audiobook. It’s not something he’s done before, but he feels alright about it. He mock-breathes in, puffing out his chest and begins to read: “And soon the dark came and between the clouds the stars blurred out…” he smiles, looking up. “Beautiful, right?”