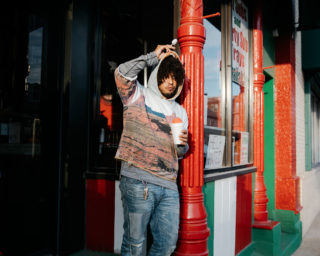 'I want to have a food truck, a vegan food truck within five years. I want to own a property'

Joey Purp is a vegan. I don’t know why this information surprises me as much as it does. It isn’t that I’m expecting a throwback hip hop stereotype, holding a hamburger in one hand and a Sony PlayStation console in the other, but for someone who raps about the dark underbelly of Chicago – about money, murder and all the girls in “the Mercedes Benz with their tits out” – over bouncy popping instrumentals, he’s not what I anticipated.

Joey is in Atlanta with his manager when we speak over Skype, at an environmental initiative hosted by Toyota. They’ve got wind of his veganism and asked him to be involved in their green coalition – he’ll stay on in Atlanta for the Afropunk festival later in the week. “I’ve been a vegan for almost a year now,’ Joey tells me, when I express surprise at his dietary habits. “I’ve been vegetarian for almost seven years so it was a logical step.”

Listening back to my tape of our interview, I think it’s fair to say that I stay on the veganism thing a little too long, asking him a few too many complicated (and perhaps unnecessary, since I’m writing for a music magazine) questions about the effects of the diet on his body and lifestyle. I’ll admit I have a vested interested in the subject as I’ve been flirting with the idea of a vegan diet myself.

It is a mark of Joey’s good character that he answers my questions without once rolling his eyes. In fact, he offers sincere, carefully thought through responses that are actually quite revealing about the man beneath the music.
“I just feel after researching the human body slightly – I mean I’m not a doctor or anything – but finding out a little bit about the human body and our make-up, and how we’re designed to break things down and stuff like that, I just felt it was the best decision. When I first became a vegetarian I was really unhealthy. I was really overweight when I was a teenager and it just changed my life so drastically in a positive manner that I just kind of stuck with it.”

He tells me that he has seen a visible impact on his body, beyond the weight loss. “It’s better for your blood stream,” he says. “It changes your breathing and your lung capacity. It changes your skin. And the way your skin looks and your skin feels. It’ll change your hair. It’ll change everything. Your nails get stronger. Your body just goes through changes and then you’ll feel more energetic.” He pauses, looks at the glass of wine I’m holding (in my defence it is past 9pm on a Friday night). “But also hydrating. Hydrating is very important. I’m big on water.” 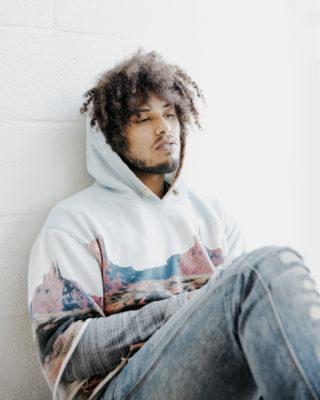 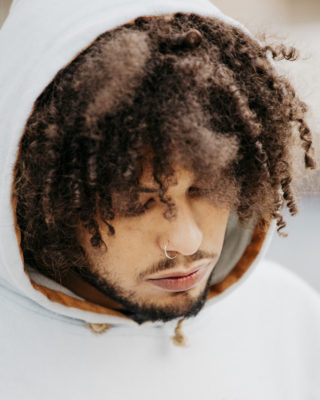 It is certainly true that Joey Purp has flawless skin, perfect, soft bouncy curls and bright, clear eyes that are alert to the world. In fact, he tells me, warming to the subject, it is this alertness to the world that veganism has really given him. “When I became vegan I turned up. I didn’t really think about that before. My life got better since I became a vegan. When I made the project I wasn’t vegan yet, but I became vegan shortly after releasing it. And my life definitely got better. I’m sure there were other factors but being a vegan definitely coincided with me becoming more successful. I never thought about that.”

‘The project’ is what I have called to talk about ‘iiiDrops’ is a mix-tape that Joey released online earlier this year. He’s loathed to call it an album, he tells me, with characteristic modesty, because it isn’t for sale. Despite being as yet unsigned, word of mouth, and Joey’s status as a member of the SaveMoney Crew (a collective of artists that includes Chance the Rapper, Towkio and Donnie Trumpet), have drawn attention to his music and his career is starting to take off.

Listening to the album, it is easy to see why ‘iiiDrops’ is a confident, complex record that combines Joey’s anecdotal accounts of his own life (‘You see the world in my daughter’s eyes/If you had seen what she had seen, you’d be traumatized’) with commentary on race relations and the state of America at large (‘Judge us by our skin tone/No fighting when there’s guns drawn’). It’s a remarkably accomplished collection of songs that is, in places (especially ‘Cornerstore’ and ‘Girls @’), reminiscent of Jay Z.

Joey beams when I tell him this. “I’ve heard that from a couple of people,” he says. ‘”It’s really flattering; I smile every time I hear it because it’s a really good feeling to even be mentioned in the same light as someone whose art I respect that much.” He pauses and checks himself – he does this often, whenever a statement might come off as a little boastful. It’s endearing and uncontrived. I get the sense that Joey is humble and ambitious, aware that getting ahead of himself is likely to impede his growth as an artist. “But I don’t think I’m at that level yet you know? He was, like, 26 when he dropped his first album. I just grew up.” 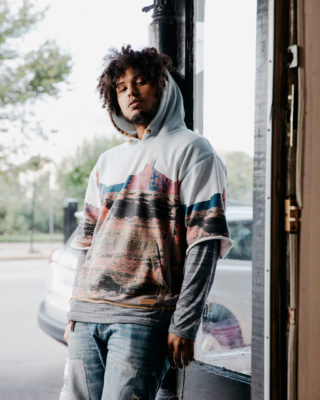 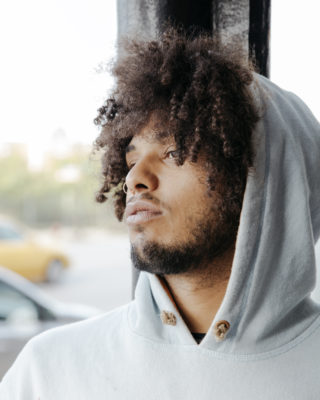 Joey’s upbringing included, unsurprisingly given that his home is Chicago, exposure to a vital music culture that has seeped deep into his psyche. He tells me that he was raised listening to his mother’s favourite reggae tracks, and you can feel this influence on ‘iiiDrops’; the beat on the track ‘Kids’, for example, has a mellow reggae quality.

In his late teens, Joey began to learn more about the rich music history of the Chicago area. “Growing up it was cool because we had Lupe [Fiasco] and we had Common and we had Kanye. So we had a couple of like hometown guys that we knew were popping or whatever. But it wasn’t like,” he breaks off. “Oh! and Twister, I can’t forget about Twister and Do or Die but they were like a little bit before. So it was cool growing up in Chicago. But when I was young I didn’t really… like, I knew we had blues clubs and stuff like that, but I didn’t really know a lot about the blues and jazz history until I got older. But now it’s fucking cracking being a musician in Chicago, because everybody makes music and we’re all, or in my opinion, there are a lot of really good musicians and artists in general. So it’s really fun now because everything is possible you know? You can do anything in Chicago now.

“The music is happening everywhere. Little studios all over. From people making hits in their Mom’s basement to the studios downtown that are really professional, you know what I mean?” It was hard not to become a musician, he tells me, being so surrounded by creativity. “It’s very very genuine how the music comes out of Chicago. We’re not all working in the same studio. Everybody’s doing their own thing.”

Along with writing his second big music project, which is currently a work in progress, Joey has big plans. He tells me that he has mapped out what he wants to achieve within the next five years. “I want to work with Lil Wayne,” he says. “He’s the goal. That’s like my favourite rapper ever. I want to open some type of store or just do pop up shops with [existing] stores – clothing stores, with a brand that I designed. I want to have a food truck, a vegan food truck within five years. I want to own a property. And I want to have released multiple projects in other mediums outside of music.”

I wonder whether these are simply pipe dreams, but Joey insists he has the contacts and experience to expand his creativity beyond music.

“I work with one of my friends,” he says. “His name is Nico Washington, and we designed a couple of things together. We designed all of my merchandise – all of my logos, my typeface, fonts and stuff like that. So really we just do my creative design right now, but I’m looking forward to expanding that into another project that we’ll do together.”

I’m surprised, given that Joey Purp isn’t signed to a label yet, that a record deal isn’t on his list of things to achieve. “I’m open to it,” he says, “but I wouldn’t say I really want to because we’re doing all right. I’m not complaining. It would be cool to have somebody give me a cash cheque or something, but I’m not really doing it for the cheque.” He shrugs – there’s that modesty again. “That’ll come if it’s worth it. I’m not too thirsty.”