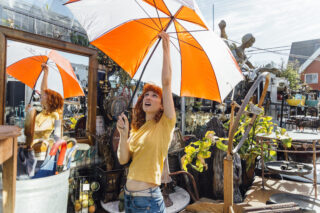 In 2019, when Washington D.C. post-punk trio Priests announced they were going on an indefinite hiatus, frontwoman Katie Alice Greer found herself alternating between exhilaration and terror.

“I loved what we did,” Greer tells me earnestly, Zooming in from her plant-filled Los Angeles apartment. “But it feels better right now, and feels more like where I need to be— exploring stuff on my own.” Amidst a late-2010s world of talkative British post-punk, Priests were a blisteringly, confrontationally American retort: across two full-lengths and three EPs, Greer drawled lines like “Barack Obama killed something in me / And I’m gonna get him for it” with a wryly dark anger, and viciously derided “The most interesting things about you / Was that you smoked Parliaments, the babiest cigarettes” at her ex, her rough-hewn voice wry and forceful over the band’s sun-dried sound.

As all three members of the band went off to pursue their own solo ventures, Greer was left with an overwhelming feeling of being unmoored. Alone in L.A. at the beginning of the pandemic, stinging from the loss of the band she’d loved so fervently, Greer vacillated between extremes of freedom and claustrophobia: “It was either, ‘I’m finally alone,’ an exciting feeling of possibility and space and silence and time to myself. Or, on other days, it was more, ‘Oh my god, I’m alone, like terrifying; it’s finally just me, facing myself.’”

For an audience familiar with the acid-wash, gritted-teeth punk of Priests, Greer’s BARBARISM is not what they might immediately expect to hear. Its tongue is less barbed, its sound mutedly rich with fitful Mica Levi-esque landscapes. If you’ve listened to the lo-fi art-pop back catalogue on Greer’s Bandcamp, this might not have seemed the biggest jump, but she’s still cognizant about the degree of change: “I can totally respect people listening to this new stuff and being like, I don’t know if that’s for me; that’s completely fine.” But she still defends her decision to pursue a new direction: “Making the same record that would sound the same way with my old band, over and over again – that wouldn’t be for me, either.”

Lead single ‘FITS/My Love Can’t Be’ features a self-directed video by Greer: she plays both characters of the ranting reporter and disquieted co-worker trying to cut her off on the ‘Barbarism News Network’, the set’s pastel, retro aesthetic mirroring the record packaging’s Mulholland Drive-esque imagery. In the song’s promotional material, Greer describes the experience of writing the song about a pandemic experience where, after weeks of isolation, she ventured out to Fairfax Avenue and was overwhelmed by the living cacophony: “Projectile shopping carts, strangers chanting, phalanxes of beige gun toters…” 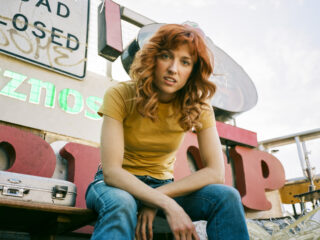 Audibly a product of lockdown, BARBARISM is permeated by intense themes of isolation, reflected through a oneiric loneliness in its lyrics. It has the distinction of being the first record Greer recorded and wrote entirely in her apartment, and that claustrophobia threads through its tight, denuded sound. Across the record, Greer describes dreaming of communing with horses, dreaming of Jesus in the desert, dreaming about screaming for help while being glued to the floor. “It feels like I got hit by a freight train,” she confesses on ‘A Semi or a Freight Train’; “Got to lie down on the floor for two years or more.” Over the writing process of the record, Greer became enmeshed in Jungian dream analysis, deeply scrutinizing her own subconscious.

“I don’t think you can take dreams literally,” she disclaims, “but I think a lot of times looking at the different symbols in my dreams or the feelings that I’m experiencing can give me a better, fuller sense of what I’m doing with my work, and where I’m at, and what I’m nervous about or apprehensive about that I’m not always conscious of.”

When I ask her about the significance of the record’s ‘Talking In My Sleep’ intro in that context, she answers: “I liked the image because it’s a symbol of removing the ego from your work. We all have our ego, our outer face that we give to the world, our message of, ‘This is what I’m doing with my life; this is who I am; and I’ve got my shit together.’ But then there’s always the stuff bubbling under the surface that’s a little less finalized, but more true to what your full self wants. And a lot of this work, for me, was trying to get in touch with that, to strip away the conscious, awake person and hear what your dreams are saying.”

Greer has always dwelled on perception: in 2019, she wrote about Taylor Swift’s Lover for NPR, penning a thoughtful essay that reflects on recognising the push-and-pull relationship between artist and audience in Swift’s larger-than-life status: “As a songwriter, I am an introverted interior designer trying to install a curtain (a nice looking curtain, a compelling curtain) around the extroverted performer as she carries on (and on, and on, it sometimes feels like), telling everyone everything.” Three years later, BARBARISM’s ‘No Man’, the thematic crux of the record, further fleshes out Greer’s preoccupation with that complex mode of perception. On the track, Dorothea Lasky provides a guest reading of her ‘Pornography’, a bluntly evocative poem rife with powerfully lonely sexual imagery. Greer discovered the work of Lasky through the eccentric, non-profit cultural website Creative Independent, where she first read the poem itself: “I just remember the first time I read that poem, I was floored because it was so explicit and funny and sad – it just felt like so many daggers cutting through a lot of stuff. I didn’t know why I felt so drawn to trying to incorporate that song onto the record, but I just felt really emotionally compelled to do it.”

“I grew up in a family where, to some degree, I had to be aware of my appearance. My dad was a minister,” Greer explains. “There was always some sense of being perceived, in addition to my own perception of the world.”

Greer is no longer in the confined headspace she was when writing BARBARISM. As she embarks on her first fully solo tour, still imbued with that exhilaration, she now looks back on the record’s conception with a time capsule-like quality.

“I felt like I was pretty consumed with grief,” she says, “both about personal things going on in my life, and any time I was trying to stay in touch with the state of the world, there wasn’t really any good news, there was nothing to be optimistic about.” 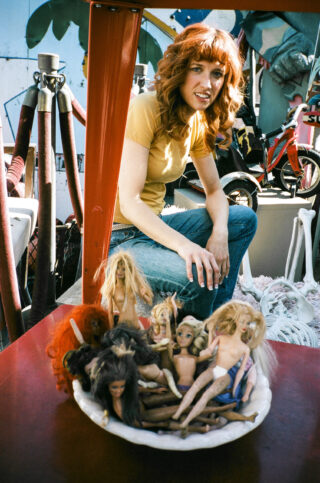 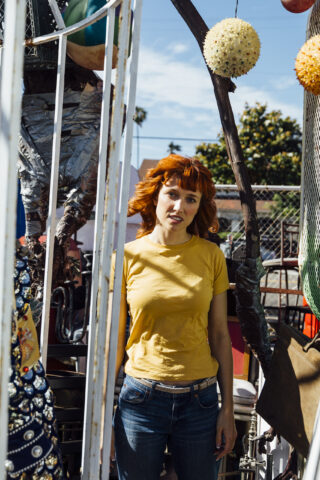 When I ask what the album’s title means to her, Greer immediately refers to a set of essays by Marxist philosopher Rosa Luxemburg, in which she discusses Friedrich Engels’ warnings in the 19th century that “Bourgeois society stands at the crossroads: either transition to socialism or regression into barbarism.” Luxemburg famously went on to use ‘socialism or barbarism’ as a pithy, declarative motto amidst the tumult of a World War One-era Germany teetering on the precipice of revolution.

However, Greer doesn’t consider the record itself to be politically topical. “I think my life felt very emotionally barbaric to me a lot of times in the last couple of years. Maybe in some sense – on a personal level – it’s me trying to find that sense of individuation while still connecting with others, and finding that sense of socialness without getting lost in it.” But she speaks of the pressures surrounding the record with a certain measure of wistfulness – how, in isolation, she was fueled by the communally-helmed fury of those times. When she thinks, now, of that abrasive, anti-civil conception of ‘FITS/My Love Can’t Be’, she approaches it like a paradox, one that more closely nears the politics of community that Priests explored – DIY, grassroots, based on mutual aid and solidarity.

“I was trying to be true to the spirit of what I felt in that moment; being around all these people who were so angry, and rightfully so. And we’re still able to come together and find some sense of not community, but communing,” Greer says. “That sense of just being together in that moment – it felt really good to me. And it felt eerie to feel good.”