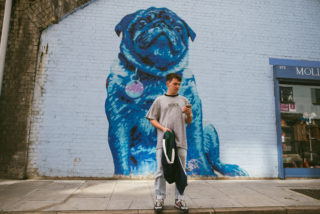 Do it. And work it out afterwards.

Halfway through my interview with Kojaque he stops me. “Sorry, but you look exactly like a fella I went to school with. It’s so odd – I’ll show you after the interview. You’re the spit of this guy.” Afterwards we take a selfie on his phone. The picture’s going straight on the group chat. Kojaque’s world feels personal, even oddly intimate at times. Maybe ten seconds after he hears my name for the first time we’re talking about Truman Capote and moving to London as though picking up the threads of a conversation from a few days before.

Previous releases have seen the Dublin rapper bribing “the bouncer with a bump of charlie” (‘Last Pint’). Meanwhile, on lead single ‘Airbnb’ from new mixtape Green Diesel, he raps about having sex with a stranger and disappearing over a distorted Soundcloud-rap bassline: “Leave a review of the sheets […] I always fuck it and leave”. That’s not the guy I meet, though – in person he hews much closer to the more introverted moments on debut album Deli Daydreams.

On ‘Love and Braggadocio’, he raps: “I’m a moody bitch, the pen only writes when the mood’s right […] I could love myself, I’m just not there yet.” It’s that kind of quiet self-analysis he brings to the interview. More than once he picks up the spoon from his coffee absent-mindedly while thinking over a question, sticks it in his mouth and leans back, stretching so that the handle points straight upward for a moment, before jolting his chair back down to reality and answering. It never feels like he’s here to promote his mixtape, even though Green Diesel is why we’re both here. The effect is more contemplative, with Kojaque displaying the kind of reserve that comes from an adolescence spent preoccupied with music that people around him didn’t much care for.

It was the discovery of Odd Future which changed everything for him. “I saw them at a festival when I was sixteen. I’d probably only seen ‘Yonkers’ or something, maybe one or two of their other tracks. I went to the gig and was like, ‘this is crazy, I’ve never heard anything like this,’” he says. The DIY mentality and aggressive attitude of early Odd Future resonated with a lot of teenagers in the early 2010s (there’re relatively few other musicians who have had riot police called on an album signing at a comic book store) but it especially hit home for a young Kojaque. “Almost out of spite I was like, ‘fuck it, if they can do it I should be able to do it too.’” 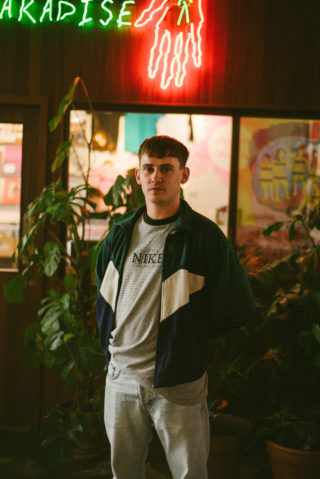 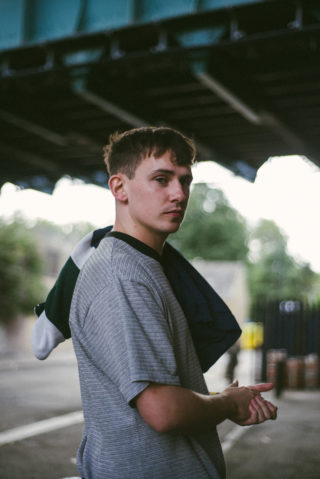 The next few years saw him grinding out beats and recording childish raps alone in his bedroom. “All the lyrics I was writing were fucking gross and the beats were even worse. Listening to [Odd Future’s] music, you can say that it’s simplistic but it’s hard to make though. Until you actually try and make that shit you don’t understand how hard it is.”

Those first few years proved formative, though, as he gradually found a style over jazzy lo-fi beats and began drawing subject matter from his own life instead of horrorcore cliches. By the time that he released his debut single ‘Midnight Flower’ at age 19, some of his major themes – depression, self-medication, vulnerable masculinity – were already well in place. The video also prefigures a concern with performance art, which would ultimately become a key part of Kojaque’s visual style. At the time, though, the idea was simpler: “It was like, ‘ah, I’ve never seen anyone do a music video underwater and not take any breaths, that would be cool.’”

While the track plays, Kojaque mouths along while face-down in a fish tank full of water, dropping in a wrist watch and attempting to swallow pills when the lyrics call for it. In the final seconds, his facial expression turns and he bursts up for air, just as the video cuts to black. From the video it’s unclear exactly what happens, but Kojaque tells me he passed out immediately after they stopped rolling. It was the first take. He decided against a second: “We took a look at the footage and went, ‘sick, I pretty much made it to the end’. Looking back to contextualise it again, unbeknownst to me it was a performance art piece. That’s the joy of doing stuff and not thinking about it too much, you only really work out what it is afterwards.”

I mention that ‘Midnight Flower’ feels just as self-assured as his newer work, but Kojaque demurs. “That’s very funny, I didn’t feel confident or self-assured whatsoever. I was sitting on it for maybe two or three months before I actually put it out. I wasn’t in a good place at all, so confidence and all, forget about it. I was battling with the idea that if I put it out it could very much fail and it’d be up there forever.” It was only when his brothers and close mate Kean Kavanaugh encouraged him that Kojaque bit up the nerve to put the video on YouTube, where it racked up over 100,000 views in a couple of days. Soft Boy Records, cofounded with Kean, came soon after. 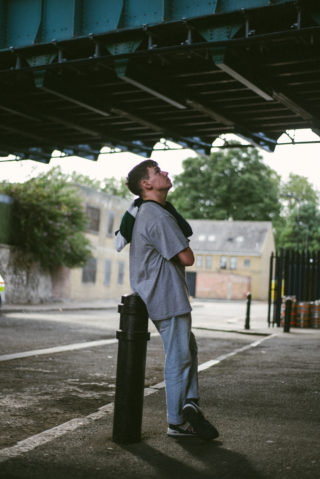 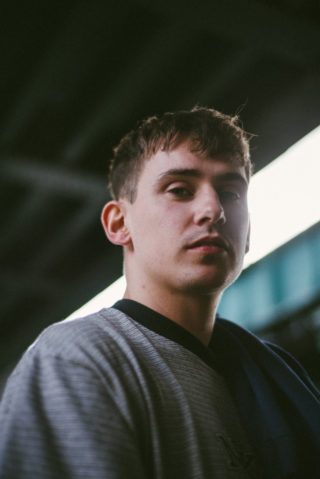 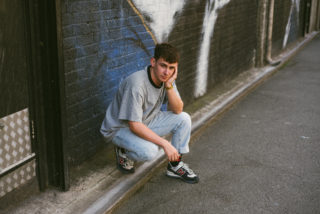 This wasn’t a recipe for instant success. After those views, no major labels or shoe brands came knocking, and it was back to basics for Kojaque. It didn’t help that at times the early days of Soft Boy could be fractious. In previous interviews, Kojaque has mentioned an inability to work well with Kean despite their close friendship. When I bring this up, he grimaces a little and explains, “We more just stayed out of each other’s way because we’re best friends and we didn’t take criticism from each other well. All he wants is, ‘oh, cool’, and I’d be like, ‘let me add some shit, let me get on the keyboards and play some stuff over your stuff’. He’d be like, ‘no, you need to leave that the fuck alone.’”

It was only by bringing more people into the room in massive My Beautiful Dark Twisted Fantasy-style sessions that the two began to “get past that initial brotherly rival shit” and feel able to work on each other’s music. Since then, things have begun to move faster for Kojaque and Soft Boy, first with Deli Daydreams and now with Green Diesel. Nearly half of the new mixtape was co-produced with Kavanaugh.

Even after Deli Daydreams’ positive reception and with Green Diesel making waves, he can still feel anxious recording and going on stage. “It’s still kind of a struggle. You just stop writing or gigging for a while, step back and go, ‘fuck, I don’t even know if I’m good at this shit.’ I don’t know, a lot of life is just getting past those feelings or getting up on stage while feeling like that. Then, when you come off, you’re like, ‘fuck, glad I did that.’ I don’t know. You fail doing what you hate, so you may as well do what you like.”