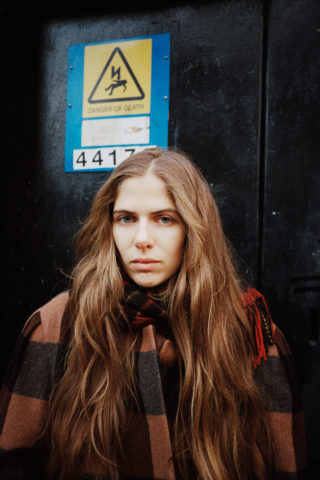 Musicians, be they professional or amateur, famous or obscure, all tend to fall on a certain social continuum. At one end is the mega collaborator – for the sake of argument, let’s call him Damon. Damon’s always in a new band with a different bunch of people, feeding off every last scrap of music he hears and playing it with everyone he can get into a studio with. He’s fond of some audience interaction and is probably a bit of a show-off. At the other end, though, is the lone genius – the musician who squirrels herself away, alone with all her equipment, appearing almost suspicious of the outside world, relying only on her bubbling creativity to make something musically appealing, rarely playing shows and barely acknowledging her fans when she does. She unwittingly creates a mythology around her and a slavish cult of fans. For the avoidance of doubt, let’s call her Laurel Halo.

Halo’s music is undeniably solo work – unique, introspective, sonically isolated – and Halo herself seems the same. A phone interview, let alone a face-to-face conversation, was out of the question for this piece – her label Hyperdub reported that “she’s very cautious about interviews and prefers email”. Even then, apparently, there are certain banned topics, and when questions were finally submitted for Halo to tackle electronically, she herself declined to answer several.

Her debut album, 2012’s ‘Quarantine’, was perhaps the most forward-thinking, original piece of electronic music since Burial appeared in the mid-noughties. An eviscerating 45 minutes of sub bass, emotional outpouring and serpentine, tangy melody, it was a record undeniably synthesised from circuit boards – precise, pounding, addictive – but which also had a looseness and push-pull that would shame everyone from Nina Simone to Nick Cave, from Thom Yorke to Björk.

However, as her new album, ‘Chance of Rain’, confirms, with its total lack of vocals and melody, that record might turn out to have been a blip: “You might have missed the catalogue that came before [‘Quarantine’],” she writes, slightly scoldingly, in her emailed reply. “If anything, [‘Quarantine’’s] sound and approach was more a departure for me.” Then again, perhaps not. Both records are claustrophobic affairs with a sense of dramatic introspection and no little neuroticism, not to mention both darkly brilliant – they simply manifest those qualities in different ways.

Back in April, presumably while ‘Chance of Rain’ was under construction, she tweeted, “I feel like making some fuck you in the ass techno now.” While her new record is no way as straightforward as that mission statement would imply, as brands of fuck-you-in-the-ass techno go, Halo’s furiously intense interpretation certainly commands attention – even if Halo the person doesn’t particularly want the attention herself.

“I would prefer that the music be listened to without this weight of extramusical information,” she writes in one of her responses. “I couldn’t care less about this sense of artistic identity.” The irony is, though, that in rejecting all context outside of the music, she is creating an identity that tessellates intriguingly with the lonely, guarded, inward-looking music she makes.

Sam Walton: You’re “classically trained” – to what level did you train? And how did that training prepare you for the writing and performing of the more experimental electronic styles in which you work now?

Laurel Halo: I grew up playing piano and studied it in school, although my experience with learning theory and classical performance as a kid has very little to do with the music I make now, apart from perhaps an understanding of deep listening and musical expression in general. I had to unlearn a lot of rules that had become ingrained. For example, when I started heavily listening to ambient music or dance music I would have to suspend the part of my brain that would want to instantly identify all the pitches of different parts and analyse why those pitches were used, when in fact many of these pitches were probably accidental harmonics that the artist may or may not have intended, perhaps pitched just to hit the right frequency in the mix. Separating pitch information from concrete musical justification of those pitches is just one example of this unlearning.

SW: How do you feel about performing live? Are you more comfortable on a stage or in a studio?

LH: I love playing shows! I’m equally at home on stage and in the studio.

SW: When you play live your set-up looks impressively bare, and the music itself in your recent shows has been incredibly direct and primal – are the two linked? If so, what draws you to this performance aesthetic?

LH: I guess you could call the sound stripped or primal, just because there are only a few sound sources in the live setup. I like playing with a few pieces of kit because it makes you go deeper with specific sounds, plus the fewer sounds in the mix the more they stand out. It’s more a positive by-product that it also has this visual aesthetic – that wasn’t the reason for it.

SW: There’s more of a direct jazz flavour to ‘Chance Of Rain’ than in some of your previous work, particularly on the bookends to the record and the central interlude ‘Melt’. Do you think that that jazz influence has always been in your work, or is this a new arrival? Why did you decide to make it more pronounced here? Where have those influences come from?

LH: The jazz influence I feel has always been in my work, though not as specifically referenced as on this record. For example, you identify these tracks as having a jazz flavour, but that flavour entirely comes from the use of historically utilised instruments like the Rhodes or the Wurlitzer, and also the use of “recognisable” harmonic progressions or modal shifts. But with my music I’ve always tried to have this sense of time unfolding and harmonic exploration that you get in jazz music. In school I played in a free improvisation ensemble and got a lot out of that, learning how to hear the music in between the lines. Jazz is commonly referenced in techno music as well – the two seem to represent two different sides of or different approaches to transcendence.

LH: I have been releasing rhythmic, instrumental music for a while, and have played out live sets without vocals long before I released ‘Quarantine’. So if ‘Quarantine’ was an entry point you might have missed the catalogue that came before it. ‘Quarantine’ was a studio record with specific goals that required incorporating vocals and lyrics and, if anything, that sound and approach was more a departure for me. With ‘Chance of Rain’ I wanted to represent on record what I do live and have been doing for a while. Yet there is still a link between the two records, in terms of the flow of the tracks and feel. 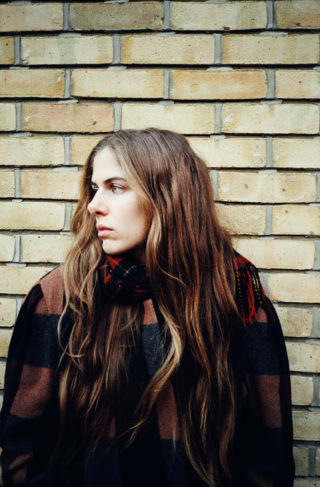 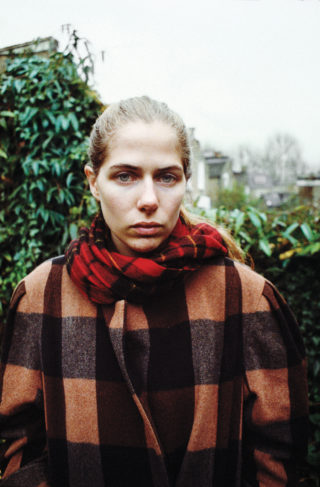 SW: Given that stylistic shift on the new record, how do you feel about ‘Quarantine’ now? Do you think you’ll sing on future records?

LH: I can’t say whether I’ll sing on future records. I know that I don’t like singing live, and find much more satisfaction out of writing rhythms than melodies.

SW: How did you feel about the huge critical warmth given to ‘Quarantine’? Did it affect the way you write? Given its emotional rawness, did it leave you feeling exposed at all?

LH: Once you release a record it’s basically out of your control how it’ll be received, so I’m beyond grateful that people got into the music and supported it. In terms of the rawness, it wasn’t an autobiographical record per se, so it didn’t feel like TMI for me. You do feel exposed when releasing music in the sense that it’s no longer in your head – it has become recordings, mastered and manufactured and finally let out into the public – and I find the best way to deal with this is just not to care too much about what others say. I could never imagine writing music with an end audience in mind. Not to say that this is wrong – I just could never do it. I have to love the music and be confident that even if the whole world hates it, I’d still think it’s a great record and worthy of being put out into the world.

SW: There’s plenty of emotional rawness in your records, which can be very compelling. Some musicians are incredibly frank about themselves in their music, and others insist that it’s all fiction or just designed to make people dance. Where do you think you sit on that continuum? And do you feel comfortable with how much of your personality comes across, and which sides are visible?

LH: I would prefer that the music be listened to without this weight of extra-musical information (artistic identity), but it can be hard for listeners to separate the two, particularly when you have put out records with vocals and lyrics that incorporate the word “I” – haha. When I’m making music I’m not thinking about myself. In a way, the self shuts off, turns into a non-entity and everything is done in service to the music. I’m only about making music, and couldn’t care less about this sense of artistic identity. 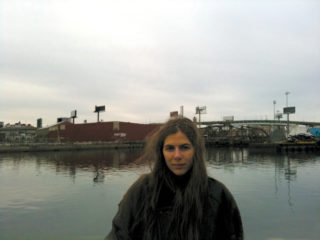 SW: ‘Chance of Rain’ has a very digestible, almost traditional structure – overture/three tracks/interlude/three tracks/coda – is it important to you that the album be listened to in a single sitting, in that order? Do you feel that albums should still be stand-alone pieces of art?

LH: The order of ‘Chance of Rain’ was designed to have a flow from start to finish. If you’re putting out a full length it should have a coherent musical arc to justify putting all these tracks together on one album, instead of just releasing them in a series of EPs.

SW: Do you go clubbing? What kind of qualities do you look for? Is ‘Chance of Rain’ club music? Or headphones music? Or somewhere in between?

LH: I do go clubbing although these days I find I’m playing these nights more than going to them! I’ve been on tour last month with Objekt in Australia, and it’s been great to hear such intricate club sets every night. When I’m going out for the sake of it I just want the club to have a good vibe – good music, good sound, chill crowd. I’d say ‘Chance of Rain’ has some more usable tracks for the club but there are also some pure listening tracks on there as well.

SW: As someone who was making electronic and techno music before the recent boom of stadium EDM – the likes of Deadmau5, Skrillex, David Guetta etc. – how do you feel about that music and its sudden global popularity? Do you think it’s a crappy bastardisation of the form, or more a good “gateway drug” that will help kids progress to the good stuff?

LH: EDM is fun to observe for sure! My best jokes all have to do with it: Why was Skrillex in the bathroom for four hours? Because he was waiting for the drop! But there’s always going to be monolithic shitty mainstream versions of music that reflect corporate control and the police state, that reflect the void mentality of mass market culture, and instead of getting bummed out about it I find it more interesting to analyse, and see where the psychological cracks in the EDM argument might be, and what ways forward it might show.