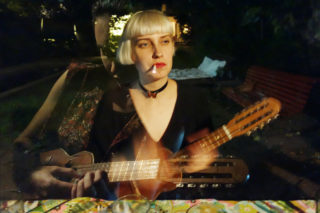 “I definitely don’t want to suddenly end up recording in studios, with professional musicians. It’s just not what I’m about.”

Molly Nilsson is about as DIY as pop singers get these days; when she released her first record, ‘These Things Take Time’, in 2008, she hand-burned five hundred copies of it to CD. Since then, she’s worked with an independent label ­– Night School Records – but that’s as far as she’s willing to go when it comes to surrendering creative control. It’s actually almost disarming, in the current climate, to listen to pop music like Nilsson’s and realise that it really is completely the product of one person, one mind, with no interference from money men or even producers; the shadowy, lo-fi electro-pop sound that she’s been cultivating these past few years – ranging from sinister spins on chillwave on ‘I Hope You Die’ to the claustrophobic minimalism of ‘Whiskey Sour’ – is entirely genuine, and entirely her own.

“It just seems really, really boring,” she elaborates when I quiz her on her studio comment. “For me, writing the songs involves recording them as you go along – that spontaneity is important. If I’d already written a song, and then I had to take it into the studio later on, it’d feel like a funeral. It’d be like I was dissecting something, rather than creating it.”

This kind of unyielding forthrightness from Nilsson is a defining feature of our conversation when she speaks to me from her Berlin home (she hails originally from Stockholm). “I’ve been here ten years now, but to be honest, I didn’t come here to make music,” she says. “I came here because I couldn’t find anywhere to live in my hometown. Berlin’s a great place to try things out, because you’ll never be the weirdest creative person here, but as far as the arts scene goes, it isn’t really that special any more.”

Perhaps that’s what prompted Nilsson to head to somewhere entirely different to work on her latest release; ‘Sólo Paraíso’ is an eight-track EP written and recorded in Buenos Aires, and inspired by the summer time. “I have a real following there,” she says, “and somehow, I managed to land a two-month residency, which was ideal. I needed to work somewhere that was totally unlike Berlin.”

For Nilsson, it’s unlike anything that’s gone before it; previously, she probably hasn’t fielded many accusations of being sunny in her disposition, but there’s a genuine touch of the tropical to the likes of ‘Blue Dollar’ and ‘Summer Cats’ – her vocal delivery, granted, is as impassive as ever, but sonically, things suddenly sound a little bit chirpier. “It was very, very inspiring, musically, just because I met with so many other creative people and fed off of their energy,” she explains. “Being in totally new surroundings, and seeing things with new eyes, is an incredible feeling; everything can become poetry when you don’t understand it.”

Despite spending most of her time in Argentina in the company of other musicians, though, Nilsson didn’t actually collaborate with any of them on the record; like all of her work, it is well and truly a solo project. She says she did work on ideas with other people, “but they didn’t get finished, in the end.”

“I’d love to collaborate more with other people, but it’s difficult; so far, I haven’t really had the patience. It’s really just a matter of the way I work, I think. It’s either really, really fast, where I finish everything on one night, or it takes forever. It’s very hard to find people who have that same rhythm.”

The thing that really strikes me about Nilsson is just how starkly honest she is; she cuts through the bullshit in admirable fashion. “Part of me thinks I didn’t have enough time, but the truth is, I probably wasn’t disciplined enough, either,” she says when I ask her why ‘Sólo Paraíso’ didn’t ultimately become a full-length. “Being in a place like that, there’s so many distractions. You want to experience every minute of it while you can.”

When I revisit the topic of her DIY beginnings, too, she sticks to her guns as far as ‘professional’ recording techniques – and, in turn, major labels – are concerned.

“You know, I’m really happy with the level of things right now. I don’t want things to spiral out of control; I feel like I need to take care of everything. It’s naive to think that anybody else will ever care about your music as much as you do, so it’s not a good idea to give it over to other people to treat as they want, you know? Night School are really special in that respect, in the way they respect their artists’ freedom. That’s perfect for me, because I never want it to be like a job; I couldn’t work with a label that wanted me to deliver something specific. The only reason people do that is for money and fame, and I’m not interested in that. It’s more important to me to challenge myself artistically.”

She’s pragmatic, too, about the demands on her to tour her records. She admits that it involves a tricky balance, rather than offering me any platitudes. “The recording is definitely the thing that makes me happiest,” she reveals, “that’s my first love, musically. I do love travelling and moving and being inspired on the road – you’re constantly learning, because you’re meeting so many new people – but a big part of the reason I do it is because I feel I need to, to open myself up creatively. After a while, it gets frustrating, because I’m filling up on inspiration, but I can’t record on the road. I know that it’s just the nature of living as a creative person, but I can’t pretend I don’t struggle with it; I need to do everything on my own terms, and that’s never very easy.” 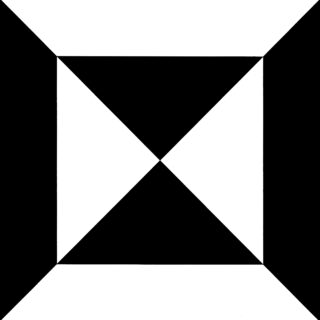 Extreme is a work of subtle innovation from Molly Nilsson 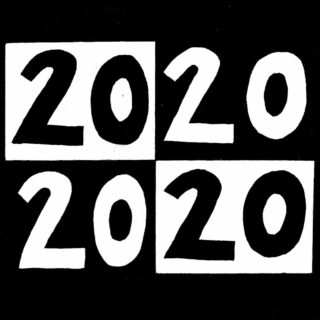