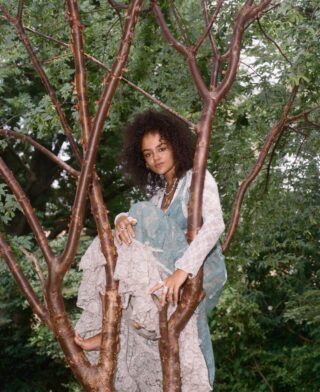 Having collaborated with Dean Blunt and A$AP Rocky, Londoner Chloe Anna is now striking out alone

Since the earliest days of the coronavirus pandemic in Britain, many commentators have framed it as an opportunity for personal growth: to use these myriad disruptions to normal life to re-evaluate our livelihoods and relationships, undertake ambitious new projects and develop in ways usually impeded by newly-unsettled daily pressures. While the politically-divisive easing of restrictions may elicit joy and relief in some, in others it prompts powerful anxieties (regardless of their legitimacy) about how well we’ve used this time, and whether we’ve grown as much as we’d have liked.

This cocktail of personal and political disquietude endows EXELSiA, the electrifying debut mixtape from POiSON ANNA, with a special urgency. Having collaborated with the likes of Dean Blunt and A$AP Rocky, 23-year-old Londoner Chloe Anna has maintained a deliberately low profile through a smattering of low-key releases, quietly honing her craft as a vital new force in experimental hip-hop. Her first substantial release, EXELSiA explores the difficulties of realising one’s potential when ailed by systemic oppression, consumerism and misinformation. Set in a quagmire of dark, cold, bracingly futuristic music, Anna’s hushed vocals promote self-empowerment through heightened awareness of the forces that limit our growth. The result is a record deeply concerned with ‘the truth’, but that demands attentive, active reception of it.

“I was discovering all these things about society, and the things that are put in place to condition us,” she says, “– to disengage us from others, food, what we put into our bodies, and where we lay our heads at night.” 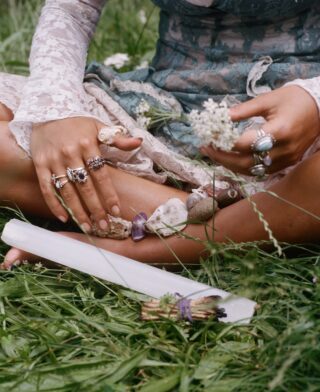 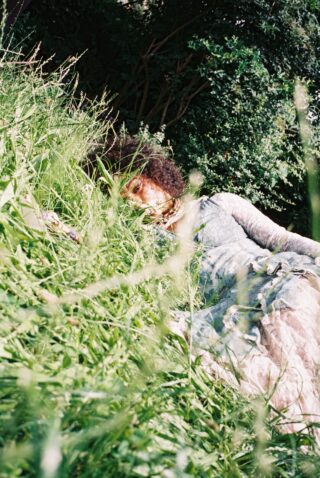 EXELSiA follows a roughly linear narrative, in which POiSON ANNA awakens to these pressures and navigates out of the traps they present. It opens with a discussion of consumerism in ‘SPACE’, pointing especially to the estrangement of animal life from the ways in which meat is marketed to us. “I wanted to present that in the bleakest way,” she says, “because I had to do that for myself to change my lifestyle.”

‘COMiN FOR YA’, meanwhile, explores social pressures faced by young people, “whether that’s drinking, taking something that doesn’t agree with us, or just being around people that don’t relate to us or understand us.” Alluding in turn to how this can lead young people to fall into crime, ‘WASTE’ then explores how “when the shit hits the fan, they’re given no support or way to change their lives.” “They sent you away / goodbye, good-day,” she seethes in the track’s hook.

An increasing frustration with these revelations reaches its climax in ‘GOASH’, as POiSON ANNA realises she needs to “bask in this feeling, otherwise she will never overcome it,” Anna tells me. This gives way to the meditative pairing of ‘SLOW PERRY’ and ‘RUNT’, before she elevates herself to a place of greater control in the triumphant closer ‘FAINT’. However, this ending is only partially celebratory, and a lingering darkness conveys that this compendium of iniquities has not been dispelled, but merely recognised. “Once you’ve seen it, you can’t unsee it,” she says.

POiSON ANNA, the performer, is referred to by Anna in the third person. An alias reflecting the part of her identity most acutely engaged in this political awakening, she uses it to “deliver those kinds of messages that people don’t want to hear.” Depicted coughing up blood in the videos for ‘COMiN FOR YA’ and her scorching one-off single ‘KOKO’, POiSON ANNA is characterised as a survivor against the malevolent forces her music explores.

“They tried to ‘poison Anna’, and they weren’t successful,” she explains. In discussing her use of hushed vocals, she describes it as, “a way of tuning into my higher self. Those softer tones and whispers are me getting to the root of the problems I see or feel. It’s quite delicate, and kind of simplistic, because it’s honest.”

Anna has been hands-on in EXELSiA’s visual side too, directing the video for lead-single ‘FAiNT’. It centres upon a group of dancers twisting and contorting themselves under the street-lights of Brixton, with each figure representing “different aspects of how to empower and elevate your being.” These are signified by crystals worn by the dancers, which Anna considers useful tools for understanding the world around us. Dancing, through which Anna claims to “lose all the things that don’t serve me” is presented as a constructive means of relating to our surroundings. 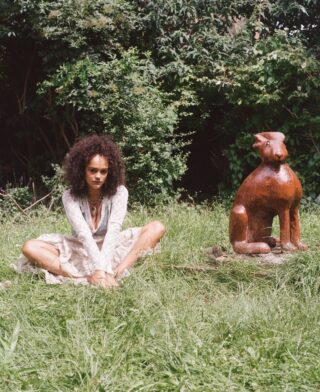 EXELSiA’s means of conveying its messages – building a disquieting sonic fog, only to pierce it with moments of great emotional and political clarity – evokes Anna’s careful concealment of the project to date. The record was effectively written in 2018, preceding a clutch of low-key releases ranging from ‘Doll Dance’ – an industrial-facing collaboration with Heron Fischer – to the sparse electronic record ‘AWAKENiNG’. From her earliest demos as POiSON ANNA, Anna claims she had resolved to maintain a low-profile until she’d developed the skills required to fully realise the project. “I knew I was doing some mad shit, but I was very content that I was going to be developing myself.”

These convictions were strengthened by her surprising first brushes with the industry. After stumbling across an early demo of hers, A$AP Rocky invited Anna to assist him on his 2018 album TESTING. “I was just honoured to be there, and to be able to have a seat in someone’s studio as great as Rocky – to observe and learn,” she recounts wistfully. “Then he turned to me and said ‘This is your part,’” inviting her to contribute vocals to ‘A$AP Forever’.

Also working on the album was Dean Blunt, who would work with Anna on the gorgeous track ‘SUBMiSSiON’. Experiencing a “heartfelt feeling that had to come out” upon hearing Blunt’s instrumental, Anna scribbled the lyrics on the back of a letter in the studio and laid down her stunning performance in the session’s final moments. While one might expect these thrilling early experiences to have hastened Anna’s own pursuit of the spotlight, they increased her commitment to quietly developing her style. “I learned a lot of valuable lessons from those processes, that helped me remain completely myself,” she says, remaining firm friends with both artists today.

And after years of sharing EXELSiA solely with her collaborator Mobbs, Anna last month finally released it into the world via NTS’s new label.

“The whole process was an incredible way to learn how to keep creative control,” she says, noting the lack of compromises demanded of her by the beloved radio station, in its role as her label. The release of EXELSiA also marks the broader unveiling of POiSON ANNA itself. “There’s so much more to come,” Anna grins, as the project begins to reach far beyond the small crowd who have already stumbled across it.

When I ask how she relates to the project after its release, Anna exhibits a fond nostalgia. “EXELSiA being out is staying true to what I believed in at the time.” Reminded of what an early stage in the artist’s growth this mixtape actually represents, one can only imagine the dizzying creative heights she might eventually reach.

Whatever future releases hold, we can certainly expect that POiSON ANNA will continue to be powerfully defined by Anna’s strange, bracing originality. From her earliest efforts, Anna knew she was “going to pursue extremity: of sound, of feeling, of emotion. If you can understand that,” she says, “then you’re definitely meant to be riding with me.”