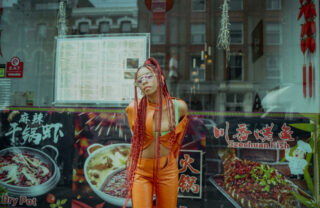 The next version of the here and now

There has long been a tradition of avant-garde Black women using music as an avenue to curate worlds of their own design. In 1997, Erykah Badu would introduce us to Baduizm, a haven designed to get one high and be reminded of their divine purpose. Ten years later, Janelle Monae transported her audience to a planet named Metropolis, an industrialised dystopia enforcing a quell on queer love and self-expression. Fast forward to 2022, Ravyn Lenae is picking up the mantle with Hypnos – an esoteric universe where all its inhabitants operate under a dream-like state of mind.

Hypnos is the culmination of Ravyn’s fascination with astronomy, the cosmos and the extra-terrestrial coming together as a fully-realised concept. Since the dawn of her career with 2015’s Moon Shoes and 2017’s Midnight Moonlight, the moon, the stars and the galaxies have been a key motif across the majority of her output.

“I don’t know where it came from, but I have this really big fixation on whatever is up there. Whatever our eyes can’t see and our skin can’t feel,” she says. “I try to go to those places when making music, because as people what raises our curiosity the most about life is what happens afterwards.”

That fixation has contributed significantly to the establishment of her signature sound. ‘Everything Above’, ‘Unknown’, ‘Thirst’ and ‘Something in the Air’ were early examples of tracks that sonically seemed to exist in a dimension untethered to time, space and matter, but it is on ‘Deep In The World’, from the new record, which sees Ravyn most successfully conjure a feeling of supernatural transcendence.

With its celestial and sparse production helmed by chief Noname collaborator Phoelix, and Ravyn’s satiny delivery, ‘Deep In The World’ is an aural representation of life on an undiscovered planet. “I wanted that song to feel like a shrooms trip, where you are in the next version of whatever the here and now is. Imagining a topsy-turvy world where things are slightly off, but still feel beautiful with the ability to breathe underwater.” As the song most harmonious with the album’s concept of euphoria, it lyrically advocates mindfulness. “That song is about tapping into my full potential as a being. It’s an ode to Earth, myself and the spirit. Being thankful for life, water, air, love, and music.”

Although it’s remarkable that common threads across Ravyn’s back catalogue can already be charted, it’s very important to note that Hypnos is her long-awaited debut album. At a mere 23 years old with four acclaimed projects to her name and tours with Noname and SZA under her belt, Ravyn Lenae is already closing in on nearly a decade in the industry. Yet in some ways it still feels like we’re at the outset of her career, with the prospect of what she’s fully capable of still years away. It’s a testament to how the lofty expectations surrounding a debut album have considerably lessened over the past decade. Rather than symbolising the definitive arrival of an artist fully primed, they’ve now become another building block in their journey as they continue to find themselves.

It’s a sentiment that Ravyn recognises when asked why she’s only now releasing a full-length album, noting that after the breakthrough that came with ‘Sticky’ and the Crush EP in 2018, its follow-up couldn’t be another short project. “I knew after the Crush era started to simmer, that the next thing I did had to be an album.” 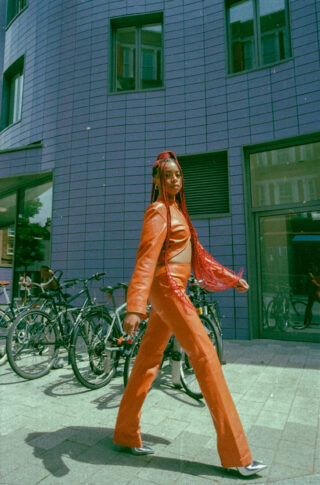 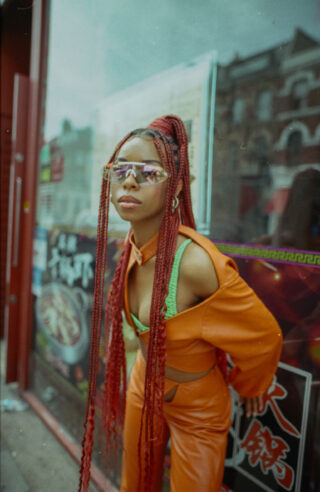 Hypnos reunites Ravyn with The Internet’s Steve Lacy, who produced the entirety of Crush. Their impeccable chemistry is in full force on ‘Cameo’ – a masterclass in raw and unadulterated punk-funk. The energy in the studio when the song first came to be was so potent that Ravyn momentarily underwent an out-of-body experience: “Once Steve put that bassline down, the whole room just felt like it was sizzling and levitating.”

With Lacy contributing a further five tracks to the album, it’s evident that he’s become one of Ravyn’s core producers. Though Ravyn has occasionally worked with other producers, the lion’s share of her work has been the result of a strong partnership she has formed with Monte Booker. Indicating a preference to maintain a relatively self-contained creative unit, governed by authentic relationships, as opposed to someone’s perceived currency or status. “I’m not the type of musician that can just session around with random people. It’s a very intimate thing for me, an energy exchange that I take seriously. I’ve now built a trust and friendship with Steve and, like Monte, he’s become family.”

Booker is responsible for what triumphantly stands tall as the album’s shining star, the delightfully eerie, unorthodox ‘Venom’. Worlds away from anything Ravyn and Booker have previously done, it pulls pages from a plethora of dissonant songbooks, marrying together the progressive funk sounds of Funkadelic, Prince and Outkast, the foreboding synth-pop of Depeche Mode, Yazoo and Eurythmics with soundscapes characteristic of alternative R&B pioneers J*Davey. “It feels like a lot of different things at once, yet it sounds like something that’s never been done before. I wanted something that felt very femme fatale and cinematic but still very punk and grungy.”

Ravyn has always remarked that most of her songs aren’t personal; they’re more like the manifestos of the fictional characters she’s created to express whatever a song is calling it to do. ‘Cameo’ and ‘Venom’, like ‘Recess’ and ‘Deep In The World’, certainly follow in this vein, but there’s a greater sense of sexuality and femininity that clearly picks up where Crush left off, suggesting that the lines between her reality and creative license are being blurred. “The way I write music has become way more vulnerable than it would have been a few years ago. What you’re getting now is definitely Ravyn Lenae. I’m getting older and starting to experience certain things whether it be with myself, men or even family. It’s only natural that the songs start to cover all that.”

The spiritually uplifting ‘Inside Out’ in particular is a marker of that veil being lifted as she continues to grow into her womanhood. As well as anecdotes about sex and relationships, she highlights the growing pains that come with inevitable periods of insecurity and internal skepticism. Echoing the emotional properties of gospel-laced ballads like Mariah Carey’s ‘Butterfly’, ‘Inside Out’ is a powerfully affirmative tribute to self-love.

Ravyn’s brilliance as a songwriter is most apparent on this track as it draws on ideas pertaining to familial history and the power of given names; she illustrates the need to keep pressing on in a way that recalls Janet Jackson’s anthem of Black solidarity, ‘Can’t Be Stopped’.

“That song serves as a love letter to who I am and the people I come from,” she says. “[It’s about] putting some respect on my own name, especially as a Black person where it feels like the world wants to humble us all the time.” These notions are further explored on ‘Where I’m From’ featuring Mereba, a rootsy folk track grappling with the singular experience African-Americans know all too well – that of not knowing the origins of their cultural bloodlines and heritage.

Asked why she specifically sought out Mereba to join her, she explains: “Her father is Ethiopian, but she doesn’t know the lineage of her mother. It was cool to have that perspective of knowing half of where she comes from but still yearning for that sense of the unknown that many African Americans experience.” While themes of lineage are central to ‘Inside Out’ and ‘Where I’m From’, in a more abstract way they were crucial to the very existence of Hypnos as a whole. Janet Jackson, Kelis, Destiny’s Child, Deniece Williams and Minnie Riperton have all been cited by Ravyn as part of the genealogy that influenced the look, sound and feel of the album – and she doesn’t feel that it does a disservice to her own uniqueness to acknowledge that. “I’ve found people get weird about stating the people they’re inspired by, but I think it’s a beautiful thing when you have such an amazing, strong pedigree of Black women who paved the way. Knowing our history and looking to that to inform what we have now is so important as an artist.”

The chamber and orchestral soul Minnie Riperton created with Charles Stepney on her 1970 album Come To My Garden abundantly looms over Hypnos’ closing track, ‘Wish’.

“When I wrote it, it felt like Minnie but also that climax in a Disney movie where everything is revealed to the main character. When they can see all the lessons they’ve learned on their journey.” The ballad’s theatrical properties with its graceful and lush string ornamentations deliberately ends with what classical music specialists would call an imperfect and abrupt cadence. “I approached that song like it was the end of a journey, but with the promise of another. That’s why the song never really feels like it’s complete.”

That’s appropriately symbolic of what Hypnos represents at this stage in the story of Ravyn Lenae: a massive leap into unknown territory, her wings growing on the way down in the knowledge that there is more for her to yield as an artist and a woman.