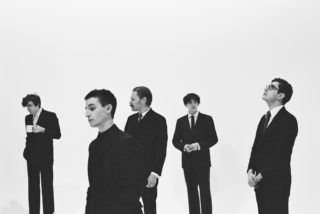 One week earlier, sat with Gabriel, his brother Daniel and long-time friend and bassist Thomas Harris, the mood was one of calm. On reflection though, tell-tale signs of the group’s willingness to subvert expectations crept into our meeting. In fact, this entire interview would act as a sneak preview to the sense of shock I felt so viscerally in Brixton. “We want to challenge the blueprint,” said Gabriel with a steely focus, “in terms of how a band can create and release music – that stereotype is so mundane. I’d be lying if I said we don’t feel any anger towards the industry.”

Sistertalk formed as a result of Gabriel’s disillusionment with his career, and there’s a painful honesty to his story and downtrodden determination as he tells it: “I had been performing as a session guitarist and a musician 3 years prior to this and I had a really different relationship to music back then. It wasn’t until I began writing my own songs that I started to realise that this was my path.”

The path Sistertalk have taken is anything but conventional. “We know now how the industry wants to work,” grins Daniel. “You play five great shows, then release a song, and then everything blows up, but that would have been the worst thing to happen to us and that’s not how we operate.” Gabriel is shaking his head, looking just as exasperated as his brother. “We hate that blueprint, so after coming to terms with our individual roles and the music we felt compelled to write we wanted to manage ourselves and be more self-contained and in control.”

So instead of riding the initial buzz garnered from low-key, high-energy South London shows and releasing a single after a couple of months, Sistertalk retreated into solitude to hone and master their sound. It took them 18 months before they were happy to emerge once again, much to Daniel’s relief. “To be quite frank,” he says, “we’ve had people say why didn’t you capitalise on that early buzz, but I think we did the right thing as the song wasn’t there.” 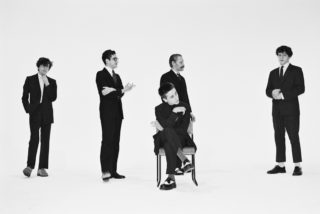 But now, the song is there. ‘Vitriol’ walked stealthily into the public consciousness in the last throes of winter and has been a word of mouth hit ever since. It has the expected young British post-punk tropes of angular guitar, dry vocals and a driving bassline but it is also strangely disconcerting, almost operatic in its storytelling and has an unusual three-part structure. It’s a crystallisation of everything Sistertalk stand for and a perfect single to launch their blueprint-burning catalogue with. “It is the first song we ever wrote,” says Daniel. “We had to work on it for a long time and decide how we wanted to record it because the notion of the song is so choppy and changey. It’s got very different sections, so we decided to record it in that way. Instead of recording it all in a studio we decided to record one section in my room, the other section in a studio, and I think that it ended up playing off each other really nicely. Each section holds up in its own way, but it holds together as a narrative.”

That narrative is one of a jaded performer; someone tired of folded arms and half empty rooms, and ‘Vitriol’’s warped structure is designed to accompany this bitter and twisted soul: everything is meticulously planned to disorientate and throw you off guard, exactly how I would go on to feel one week later. “That’s true,” says Gabriel, “but I like playing with my own expectations more than others – if it takes me by surprise then that’s a bonus. We want people to listen and engage instead of turning into each other. We would much prefer for people to look at us stone faced and absorb the process rather than thrash about with their elbows.”

“A lot of the sections that are heavier don’t last long enough for people to mosh,” says Daniel, “which is something we really like about it. You get that initial hit and before you have time to register it, it’s gone.”

In a weeks’ time I will realise their vision first hand and witness the short, sharp wave of movement they’ve naturally created, but for now it’s left to Tom to describe it in simple words: “A lot of or tracks, people aren’t sure how they are supposed to react, which I really like as its isolating them in a way, which I think brings about the theatrical aspect of what we are doing. Us and them – the audience – we love to build a wall and create a show.” That said, despite the hard to predict bursts of sounds, people domosh at the Windmill, circle pits doopen up. A lot.

A band that wear suits is no new thing but insert that band into a Brexit-bashing South London scene and it becomes a more layered form of expression. “Being amongst all these great bands, there is an air of not giving a fuck when you are around those people and we didn’t want to do that. Some people see us and panic,” says Gabriel. “‘Oh look at the Tory scum’, which we are absolutely not. That’s entertaining for us – very knee jerk reactions.” I tell them I find this surprising, but Daniel reiterates just how unique this sartorial choice has been. “We will walk into a room with promoters sometimes and you can see it in their faces. We will go and shake hands and they think, oh god these guys take themselves way too seriously, and then maybe 20 minutes later after soundcheck we are hugging everyone.”

Tom, who’s currently the smartest of the three and wouldn’t look out of place ordering a steak (blue) somewhere in Canary Wharf, finishes off, “yeah, you get people being really vitriolic, no pun intended.”

So how long can Sistertalk strive to be different before a linear path is revealed ahead of them? “You think this is just an upward trajectory going straight up and maybe that’s the case if you release early and you get that buzz behind you, but we took our time, we started playing smaller shows and have let other bands come in behind us and take the buzz,” says Daniel, as his brother joins in: “It’s given us a reality check. That’s why we have taken to learning how to engineer and produce our own music, slowly building up our knowledge.” Impressively, the band have moved from studio shy novices to prolific producers of their own music in a short space of time, and as we pick ourselves up to leave they mention more releases are on their way. “I am cautious of us coming across as western monks who have reached enlightenment by denying the blueprint,” Daniel jokes. But if you see what this band are capable of first hand you’d understand there are no grand designs to follow for Sistertalk. 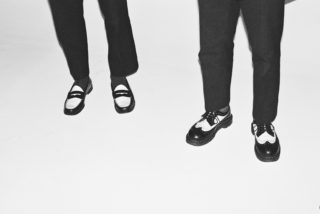