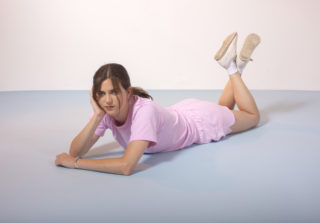 Are you sitting comfortably? Then we’ll begin: sometime in the early noughties, a hometown friend of Sarah Jones was touring the murkier venues of the UK and Europe in a jobbing covers band when he was approached to join Badly Drawn Boy on tour. He accepted, recommending Jones for his old job. After Jones “had a little panic about the prospect of joining a proper band”, she took up the vacated stool and, at some point during three years on the road, bumped into Barry 7 from ’90s electronic misfits Add N to (X). He asked her to enlist in his new psych band Prey, so she did.

When Prey disbanded, Barry introduced her to Andy Spence from Cornetto-munching new ravers New Young Pony Club, so she started playing with them. Through that, she ended up drumming for Kele Okereke’s electro-disco solo project and met Leo Taylor from The Invisible, which led to her joining the Bat For Lashes live band, and playing with experimental post-rock band Geese, who included alumni of Four Tet’s old band Fridge, who happened to have gone to school with members of Hot Chip. Are you keeping up so far? Good. (In the meantime, Jones was also asked to work with Air, but was, perhaps unsurprisingly, too busy.)

Then, at a Christmas party five years ago, someone from Geese mentioned that Hot Chip were looking for a drummer. “I was like, ‘I play the drums!’” recalls Jones, timidly. “I got a text the next week saying ‘do you want to come in for an audition?’ And I was like,” she shrinks into herself a little in remembered disbelief as she speaks, “‘Yeah, er, I do!’” A week later, she was signed up. 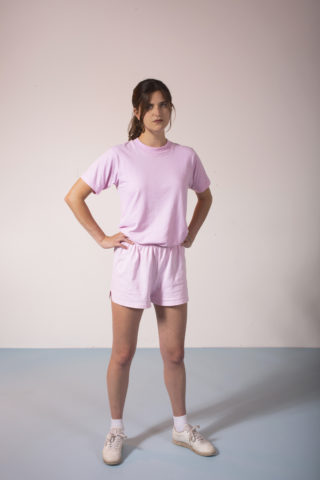 It’s not as if she’s slowed down since becoming a permanent member of Hot Chip in 2013, either. In between touring and writing with them, there’s been NZCA/Lines, the retro-futurist group with Michael Lovett (one-time Metronomy collaborator) and Charlotte Hatherley (formerly of Ash), and also Technology+Teamwork, her duo with Anthony Silvester, ex of the XX Teens. Indeed, there would be no finer way of rendering the last decade of Sarah Jones’ life than through one of Pete Frame’s beautiful Rock Family Tree posters.

And now, after all that, there’s Pillow Person, with, well, nobody else. For the first time in her musical life, Jones is flying solo, and after a decade of playing other people’s psych rock, camp disco, indie noir and synth pop, she’s putting herself front and centre. Why now, finally? “Well I’d always written little things before, but they were so embarrassingly shit that I never played them to anyone,” she confesses, nursing a beer in a pub garden overlooking Hackney Downs. “Years ago I lived above a carpet shop in Dalston, and underneath the shop was the most disgusting stinky cellar that we shared with a doom band and some other people, and I just used to go downstairs in my slippers, with a cup of tea at funny hours in the morning if I was jetlagged, and play drums and write stuff. But I didn’t know what I was doing.

“Then I remember being really really drunk with Hot Chip on our UK tour, maybe like two years ago, and they were all just going, ‘oh, play us your stuff’ or maybe more recently than that, or maybe not, I don’t know. But they were like, ‘go on, go on, play it!’, and it was pretty daunting, with Alexis sat right there. I was totally like, ‘arrrgh’ – but afterwards they were all like, ‘yaaaay!’ and really nice to me.”

This, incidentally, is how Jones really speaks: with a boggle-eyed whimsy and over excitability that suggests slight incredulity about the state of her life and belies the fact that she’s one of the hardest-working and most sought-after drummers in pop. “After that,” she continues, “Joe said, ‘let’s try something in the studio’, and I had one day with him, which was really fun – but I did have to sort of stop myself and go, ‘am I actually going into the studio to do my music with him?! Like, what?!’ I totally felt like I was getting away with it.”

From those sessions came ‘Go Ahead’ and ‘In My Game’, both imbued with the same combination of slightly nutty synth squelch and classic house idealism that crops up on Hot Chip records, but augmented by Jones’ sweetly girlish inclination for sing-song melodies that recall playground skipping chants. It’s a winning combination, and one that fares even better on a third track that’s included in the single – a version of ‘Go Ahead’ sung by Jones in Spanish.

“The day I went to see Moshi Moshi [Records] to discuss ‘Go Ahead’ I was like, ‘wait a minute, I should record my song in Spanish,’” she explains, when asked not just about the bonus track but also about an underlying Hispanophilia that sees the Pillow Person Bandcamp page declaring “location: Mexico”.

“My Dad’s half Spanish, but I didn’t grow up speaking it, and I regret that a bit now. A lot actually. So I thought it would be a sort of push in the right direction.” She pauses, and a broad grin crosses her face: “That,” she continues, “and also, er, because Spain’s wicked? And I totally like the idea of getting big in Mexico! And Chile too!

“It sounds like such a cliché, but those countries just have this very warm attitude. I’m naturally quite shy around people, and I feel like I’m very English around English people. But I’m not so much like that when I’m around those people. You feel a bit like you’ve been given permission to not feel shy anymore.” 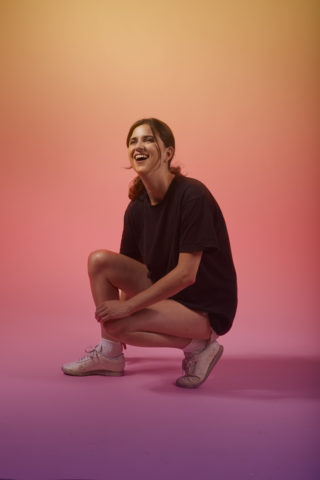 It’s a telling remark: Jones’ social self-consciousness may be noticeable across a pub table, but when music is involved, there’s a different story. Her incessant playing and collaboration, not to mention stamina (“I’ve pretty much been on tour for ten years,” she observes at one point. “It really tires you out.”) come completely naturally.

With music, she suggests, the pressure is off: “Even though I’m shy, drumming is the one thing that I like so much that it feels okay,” she says, “and because I haven’t been taught properly or anything, this sounds so cheesy but that means it’s all me. I haven’t been taught to be anything but me, which means if anyone tries to catch me out or tell me I’m doing it wrong… well,” she smirks a combination of triumphalism and apology, “they can’t!”

It sounds like good therapy. What’s more, it’s an attitude she’s actively extending to Pillow Person, too: “At the end of the day, I’ve come to realise that with music, everyone’s just trying to have a nice time. Nothing should be scary,” she declares, blithely. “When I started off I was so nervous and shy, and it’s nice to get to the position now where it’s not so much that you don’t care, but that you think well, it’s only music. And it is. It’s just music, and music’s really fun, so it’s fine, it’s really fine. The Pillow Person stuff is just what came out, and that’s that, move onto the next thing.

“I just want to have fun with it really,” Jones insists, again, later on. “It can seem like the most important thing in the world, but when you step back, no one’s dying, it’s all right. And when you think like that,” she resolves, contemplating how she ended up here in the first place, “you start to think things like, well, why not stop playing the drums for a bit and just have a little sing?” 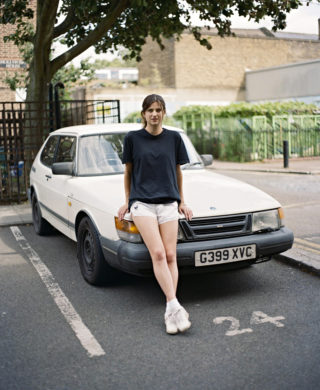 The Birth of Pillow Person

“A name like Sarah Jones is just so common. There was even a girl on my school bus called Sarah Jones – it was Sarah Blonde Hair and Sarah Brown Hair. [But she was more popular than me. I’d turn round and everyone would be like, ‘oh no, not that Sarah Jones, the other Sarah Jones!’ and I was like, ‘oh screw you, whatever!’] So I started calling myself Sarah Sausages – and, ha, I don’t even eat sausages! Then one night I was in Glasgow [with Hot Chip – have you ever been to the Sub Club in Glasgow? I think it might be my favourite club in the world. Anyway,] Hot Chip were DJing at Sub Club after we’d done our gig, and we knew it was going to be a big night because it’s always amazing there, so Felix was like, ‘I’ve got my pillow person ready!’ I was like, ‘what?’ and he was like, ‘when we get back it’ll be like I’ve got a little person made of pillows there in bed to have a cuddle with.’ I thought it was just such a sweet idea, and as we were walking to the club, Felix said, ‘you should totally be called Pillow Person.’ I was like, ‘yeah, you’re right, I should so be called Pillow Person. That’ll do.’”