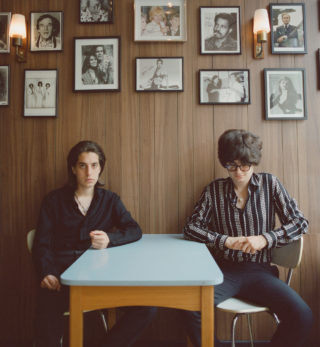 Every now and then a band comes along with such panache and with such a magisterial supporting cast in tow that you have to wonder if the band are real at all. Sons of Raphael could be that band. Rich in mythology and heaped with praise after just a whistle of online activity, are they really as authentic as they promise? When brothers Loral and Ronnel take a seat at my table in the smallest Japanese restaurant in Hampstead the cynicism fades away, at least for a short while.

“Our parents, they used to be involved in scientology in the 1980s but they don’t really tell us much about it,” says Ronnel, all dressed in black and playing with his glasses as he flicks his thick head of hair to hear Loral.

“They weren’t practicing scientology, more in a research kind of way, but they were certainly admirers of L. Ron Hubbard and that’s actually Ronnel’s name,” he says.

Ronnel smiles. “They reversed the initials. We are sons of the Raphael family, so the band name makes sense at least.”

An eccentric but warm welcome, Loral and Ronnel are wise guys with sharp vocabs and a curious way for such a young age. Despite hailing from around the corner, conversation seems to flow like an early Noah Baumbach script, helped by accents picked up from an international school upbringing. So they’ve got the backstory to match the image, I ponder, as a soup versus sake discussion ensues. “I had Sake yesterday,” Ronnel shrugs, prompting Loral to order soup all round. Just as celebrated oddball artists Gilbert and George eat five times a week at their local kebab house, it doesn’t take much to imagine Sons of Raphael dining here every other night.

“I once got lost in Disneyland when I was a kid and that was a really scary experience, let me tell you,” Ronnel exclaims on the subject of family holidays, “although we weren’t able to get the full experience when we were there because there was a rapist and all the parents were very panicked. Fortunately, we never met him.” This seems something of a Raphael specialty, taking an everyday subject and adding a concrete slab of darkness. Loral twists the knife: “But maybe we did and he was dressed as Mickey Mouse.” Humour to the brothers’ armory. 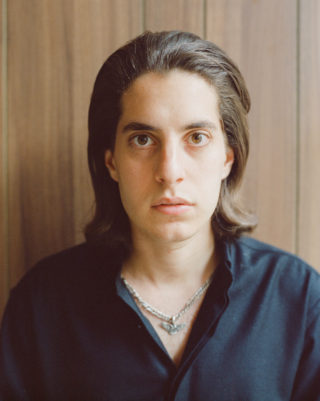 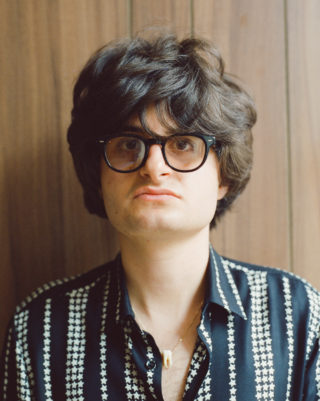 Set to release their debut single on Moshi Moshi in November, the duo are relishing drip-feeding content to the public. Their raw, instinctive rock and roll is a guttural call to arms, with teaser tracks ‘Eating People’ and ‘Rio’ utilizing distortion as a third band member and brevity as a fourth. Think of them as a bubblegum Suicide, for now. Both frighteningly short tracks are accompanied by an arresting quote from the bible: “Their throat is an open grave; they use their tongues to deceive.”

When I mention this it seems to get Ronnel pretty fired up. “As a matter of fact that’s a quote originally from Psalms,” he says. “As far as we are concerned it marks this beginning of a lawless escapade, if you know what I mean. I find religions fascinating and that particular quote is about men involved in evil doing. I figured out what we are about to do is eccentric and quite out there.”

All part of their higher plan perhaps, Ronnel and Loral have meticulously set out every step of this first release, provocation be damned. “I certainly like to provoke people but I don’t like to provoke for no reason,” says Ronnel. “It makes me feel satisfied when I know I am not just quoting something because it sounds good but when there is a meaning behind it. It goes with the stuff we shot at my boarding school.”

He’s talking about the Loral-directed video for ‘Eating People’ (on film, of course) shot in their school chapel. “We were very lucky to do the video there – that was mission impossible. The Priest was very nice,” Loral recalls, “the Chaplin and the Headmaster gave it the thumbs up but then we shot it on a Saturday morning when they usually sing Abba songs so obviously the kids were quite shocked. The Deputy Head left 5 seconds in, she was really angry, then the music teacher left. Then they cut us off; they shut down the PA system.”

Loral aimed to shoot 25 minutes of a film – he got to 9 before Sons of Raphael were cut off. “The idea was to play two songs,” he says. “We just wanted to document how we do it live.” The Chaplin, the Deputy Head, the music teacher were all characters in the band’s portmanteau piece.

“Boarding school was the ideal place to shoot that as that’s where I started experimenting when I turned my room into a music studio,” says Ronnel. “I found lots of old cassette tape recorders and drum machines so that’s how it came along. We had this janitor at school called Marv.”

“Marv, as far as I am concerned,” says Ronnel.

“I guess his full name is Marvin.”

“OK, but I call him Marv. He had this fantastic old reel-to-reel tape and he wanted a 100 quid and I said, ‘Marv, I will give you a tenner,’ and he said, ‘you know, Ronnel, you are a real smooth talker.’” 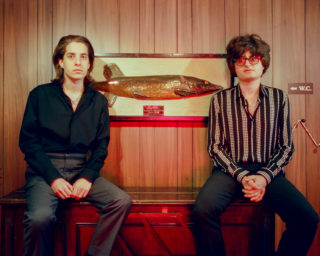 Swept up in Ronnel’s story I only just notice Loral talking with some volume on his phone: “I am so sorry, no we are five doors down at a restaurant. It’s a Japanese place, we are sitting by the window – I will give it to you.” Ronnel is gesturing madly about Marv. Loral is stood up leaning over. Things are getting weird.

“Sorry about this, sorry, sorry,” repeats Loral as a door crashes open somewhere behind me. I turn to catch a fleeting glimpse of bright blue velour, chains and a seemingly angry man. “I have been chasing and chasing for this. Is it all here?” He yells at Loral, holding up an envelope.

“Are you doubting me? Come on, everything is there. You’re not going to count it now are you?” Everybody’s voices get louder – a waitress is cowering. Ronnel finally joins his brother. “Listen, you’re a real low life, you have no style – we do business with you but you have no style coming here right now.” I remain seated and turn to see the man frown. “Call me later,” he shouts and departs, but not before Loral’s parting shot: “Cocksucker!”

Then there is silence. Either an elaborate set up has taken place or the Raphaels hold a deeper secret. I waver between the two as Loral explains, “that was a bit… err… sorry. I hate when people question me or doubt me, it’s just someone we owe money to. That was our bookie, actually. Just don’t mention his name. We like to bet on some sports and I was supposed to meet him at 5.30 outside our flat but I totally forgot and I have had so many missed calls.”

“OK,” I reply, happy to hop on board for the ride. Ronnel tries to clear the air in his own way. “We bet on NBA games – you know, basketball. Let me tell you about us, it’s actually a quote from John, but anyone who claims to have a fellowship with us but then walks in darkness… he’s not a man that we can trust. That’s all I can say.” They do seem genuinely put out. Loral’s soup goes cold on the table. “What a cocksucker. Honestly. What was that about!? Counting the money out. I mean for two years I have been working with this guy. He doesn’t trust me. I mean, my handshake means business.”

We’re back admiring the restaurant ambience within seconds, Ronnel a big fan of the muzak emanating from the speaker above. I ask about ‘Eating People’ again, grasping for a touch of reality. “I wrote it about this religious ceremony, in fact entitled ‘Eating People’ by a guy called John Fenton, I don’t know if you are familiar?” (I later find out that Fenton is a priest and scholar of the New Testament.) “It’s about the last supper of Jesus. It’s quite a controversial idea about how at the last supper one of the disciples consumed Jesus to actually take responsibility for his death. So I wrote this song and I felt quite happy to do it in chapel because I felt there wasn’t a place that was more appropriate.”

But people left when you filmed the video – did they find it blasphemous?

“The fact that the people that left were intimidated by loud guitars and drum machines is just proof that people have a very narrow vision of the world because if they were to listen to the actual content then they would see that it’s very much influenced by the last supper of Jesus and things that are related to the chapel, which they hear all the time. As a matter of fact, I always tell Loral that Jesus was the first rock and roll star.” Loral nods. “He was a rebel,” he says completely straight faced. I turn to Ronnel. “Yes, Jesus was an outlaw, a rebel, he challenged authority.” I find it hard to disagree with the brothers, whether I believe Jesus is real or not. 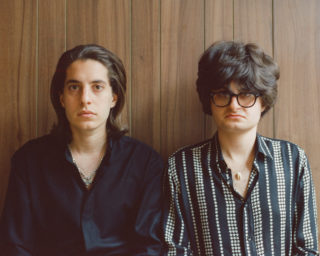 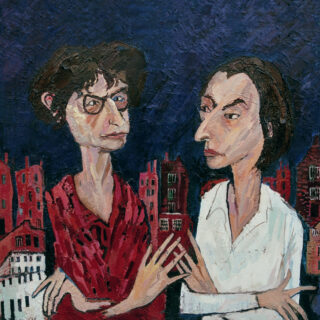 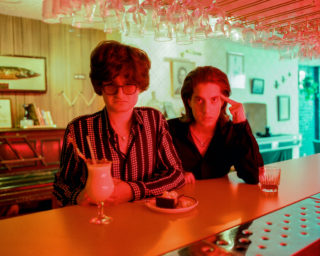