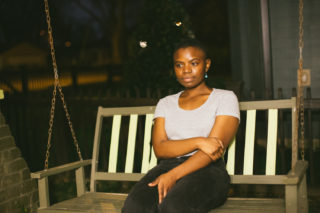 She might be reluctant in front of other people, but Vagabon's making music without compromise

When Lætitia Tamko begins to speak, she does so softly but firmly. “I’m really shy,” she insists, but when talking about her music, her cadence quickens and her voice brims with an articulate enthusiasm. Confidence and a strong sense of self beam through the introversion.

Tamko’s music, which she records under the name Vagabon, works in much the same way. ‘The Embers’, the leading track on Vagabon’s debut album, ‘Infinite Worlds’, opens with gentle chords and the admission, “I feel so small.” But it grows into something tremendous; a guitar-driven anthem in which Tamko proudly announces, “Run and tell everybody Lætitia is a small fish.” Originally titled ‘The Sharks’, the song calls out predators and naysayers in defiant fashion. However small a fish she may be, Lætitia Tamko is prepared to face whatever comes her way, and channelling that spirit, ‘Infinite Worlds’ is a powerful and promising debut from one of the most exciting new artists indie rock has to offer.

Shyness is far from a rare quality in musicians, especially in Vagabon’s genre. What sets Tamko apart is her determination and diligence. In conversation she continually frames her experiences in terms of challenges met and new ones lying ahead. Consider the album’s title, which she drew from Dana Ward’s The Crisis of Infinite Worlds, a chapbook of poems she would read on her two-hour commute to the studio in New Paltz, New York, where she recorded her debut. “I love how it was challenging me,” she says. “At the time I was doing these very challenging things, and it taught me patience at a time when I really needed patience.” When most people say, “I want to constantly be challenging myself,” they sound like they’re offering platitudes for a job interview, but when it comes from Tamko, you don’t doubt her for a second. Her sincerity is plain, and she has a record that speaks for itself.

When Tamko was 13, her family moved to New York from Cameroon. Though she has sung casually all her life, her musical narrative began in earnest during these high school years when she started playing guitar at 17. Teaching herself the fundamentals through instructional videos, she mastered the instrument and then put it down to pursue a degree in engineering from the Grove School at the City University of New York. Though music took a backseat to school for a few years, she began to write songs seriously around 2014. Those tracks would eventually become Vagabon’s debut EP, ‘Persian Garden’, a lo-fi six-song collection rooted in fuzzy guitars and Tamko’s wistful voice. Then, things took off. 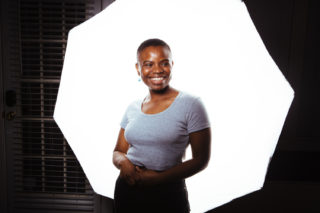 ‘Persian Garden’ generated serious buzz, especially once Vagabon began playing shows around New York at Silent Barn and other mainstays of the Brooklyn independent music circuit. She was surprised but thrilled by the overwhelmingly positive response to her songs. “I felt really proud of them,” she says. “I was so shocked by how they sounded. I didn’t know I could do that.”

The process was a voyage of discovery. Growing up mostly listening to the radio, she was largely unaware of the indie music scene until she was a fully-fledged member of it. She found the experience a liberating one, saying, “I had nothing to compare my music to,” and so she was free to create a sound from scratch. She toured, picked up new instruments, and transformed from a novice to a veteran in an astonishingly short period of time. Thinking about that time now, she laughs as she measures it like a seasoned pro. “It’s funny to think of time frames like that. ‘How long ago is that? Two tours ago.’”

Then, while performing the songs from ‘Persian Garden,’ Tamko reached an important epiphany about her sound. She doesn’t remember the specific show, but she knows it happened some time in 2015: “It dawned on me that I could do it without compromising.”

In thinking about the songs she had written in 2014, she acknowledged that many of them weren’t quite what she had originally envisioned, or, perhaps more importantly, they no longer represented what she wanted them to be. On the EP she describes her former approach as something to the effect of, “Here are my songs, slap on whatever you want to slap on.” While this was a valuable strategy for her first foray into the music world, it wouldn’t serve moving forward. “After that, I realised the next thing had to be all me.” 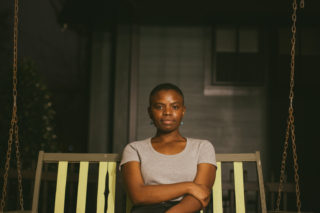 The realisation triggered a dramatic re-evaluation of Vagabon that resulted in a complete restructuring of the project. “Initially I wanted [Vagabon] to be a collaborative effort, a band in the traditional sense of things,” she explains. “Then I realised that wasn’t what I actually wanted, that maybe that was an idea I’d had out of fear, fear of taking on the responsibility and then taking on the quote/unquote ‘failures’ that happened. So after, I settled for the fact that I wanted to take part of everything I was doing with Vagabon.”

She began to play solo shows, stripping down her sound then building it up in a more accurate reflection of the songs as she heard them in her head. This proves to be the sticking point for Tamko: she wants things to sound exactly as she imagines them, without exception.

It was a courageous move for a self-professed introvert, but Tamko credits her audience as a crucial support as she stepped out on her own. “I started playing things my way,” she says, “and people were like, ‘This is the best I’ve ever heard you sound!’” She also mentions her peers as a source of inspiration, and specifically mentions her friend Elaiza Santos, the lead singer of rock band Crying. While Santos enjoyed a successful 2016 with her band, Tamko was influenced by 100%, Santos’ solo project. “With 100%, she completely records alone, in her bedroom, with no band. She doesn’t need one. It doesn’t mater what anyone says, she doesn’t care. She just makes music completely unapologetically. That was super inspiring for me to see someone make music so organically.” All this taught Tamko to trust herself to create ‘Infinite Worlds.’

Starting out determined to take a leading role in every aspect of the album, Tamko says, “I had a strong sense of what I wanted, but I didn’t know how to get there.” She co-produced ‘Infinite Worlds’ with Chris Daly (who has worked with Frankie Cosmos, Porches, and PWR BTTM), and she’s credited on every instrument that appears on the record. Generally a private person, she didn’t share the work she was doing with many people (her family didn’t even know that she was pursuing music so seriously until she opened for Frankie Cosmos at Webster Hall last November), explaining, “I don’t need to bring anyone into my intensity.” 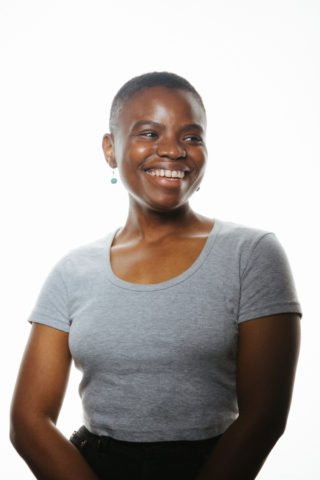 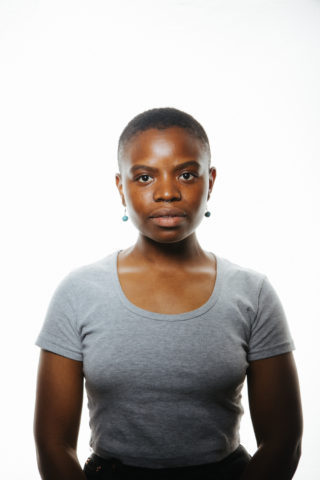 Though the process challenged her constantly, Tamko thrives under self-imposed pressure. Her background in engineering helped her here. She describes herself as “analytical” and “solutions-driven”, undeterred by roadblocks that popped up when trying to reproduce the sounds in her mind.

Three songs, ‘The Embers’, ‘Fear and Force’, and ‘Cold Apartment’, have been updated from ‘Persian Garden’, showing a huge leap in production value and a subtler ear for instrumentation. She remembers the closing track ‘Alive and A Well’ as the most difficult song to record because it pushed the upper limits of her singing register, and she refused to sing it any lower than she imagined it.

But the album’s finest moment is the juxtaposition of ‘Minneapolis’ and ‘Mal à L’aise’, two spectacular songs that reflect Tamko’s range as a songwriter. The former is a straight rocker that ends with a tremendous breakdown of bass and guitar, the latter a dream pop gem built from airy synths, drum machines, and vocal samples. Tamko describes ‘Mal à L’aise’ as an intentional palette cleanser, but “intentional” goes without saying. ‘Infinite Worlds’ exudes confident craft at every turn. It’s a testament to what Tamko calls “power in growth,” the capacity for a person to develop despite whatever setback they encounter. The secret to growth, she says, is “never being satisfied. If you’re never satisfied, then you’re going to keep grinding.”

Ironically for Tamko, the biggest challenge arrived after ‘Infinite Worlds’ was finished. Asked about the hardest part of her career to date, she turns to the present, noting, “There are more people who are watching and listening now.” Her release show in Brooklyn this February sold out in advance. “Constantly being visible, being in front of people, it’s kind of against my personality.”

Even though she’s conquered the jitters from her early days as a performer, she remains a shy, uncomfortable person. “In the little moments where there’s no music happening or I’m tuning my guitar or I’m thanking the crowd for being there, I’m instantly brought back into my body. ‘Oh wait, all of these people are staring at me!’” Indeed, many of the songs on ‘Infinite Worlds’ explore the sense of feeling out of place in one’s body, be it on a bus or in the world at large. Tamko’s world is about to get larger, and there will undoubtedly be new discomforts to conquer.

If anything, though, that’s a promising sign for Vagabon. Lætitia Tamko knows herself, and she knows that she’s at her best when at the base of a mountain to climb. “I think if something comes really easy to me, then it’s probably time to switch it up.” If there are harder days ahead, then there are only good things to come.