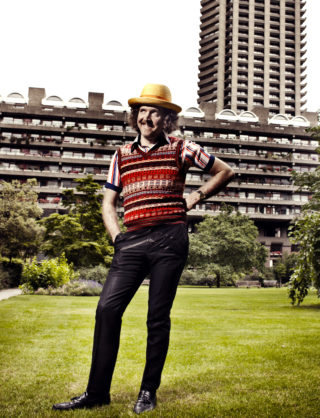 Against the Barbican’s grim, concrete backdrop, Martin Creed’s strolling arrival in a colourful candy stripe ensemble, topped off with a straw hat perched on top of his unkempt curls, is an agreeably bright one. Relaxed and affable, he carries the thoughtful air of a man happy with his place in life and a drooping moustache that regularly fails to contain a genuine, beaming smile.

A long-time musician but more famed for his literal, chronological contributions to the contemporary art scene, the former Turner Prize winner inspires an honesty and humour into his work that permeates his personality. An artist that doesn’t consider himself one, his ‘Work No 227, The Lights Going On and Off’ was exactly that: an empty room in which lights switched on and off.

This direct approach helped set the direct, literal tone for his first full-length LP, ‘Love to You’ – an eighteen-track, scattergun collection of thoughts driven by repetition, blazed through at a Tourette’s speed of short barbs and blasts of stubborn trains of thought and sound. Emboldened by a tug of war between love and hate, the album’s spirited snapshots offer an ad hoc glimpse into Martin’s musical, and visual, take on the world.

“I feel like you can’t separate what you see from what you hear. It’s a total blur and I wouldn’t distinguish between them,” he explains. “When it comes back to me living in my little world in my own head, it’s the same effect. I’m just trying to live my life in the world I find myself in and I think I’ve got to work on noises as well as what I see. 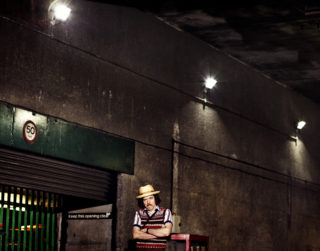 “I’ve tried to use words a bit in my visual work with neon signs and stuff but I think one of the reasons I try to do the music is because I want to work on words and then combine it with the music and that weirdness of the melody that you can’t understand. Maybe music is more life-like because it has these elements…like a painting is a fixed thing and a song is something you can repeat, and live, it’s something you can grasp. It feels like if you have to look at something, there’s a power thing – you have to be there to look at it but you can listen to music while you’re living your life.”

It’s a statement that rings resoundingly true of his work. An active musician for a number of years, ‘Love To You’ marks a period in Martin’s life that he felt compelled to share. A combination of little thoughts, dogged mantras and personal experience, it’s an album that treads a caustic path between two extreme emotions and one where repetition provides both structure and the scathing spirit.

“A lot of the songs are written over a long period of time,” he explains. “I work quite slowly so if something keeps coming back to you, it must mean something. If something can bear repetition, it must have something in it. ‘What’s the Point of It?’ started like that. It was something in my head and I wanted to say it,” he laughs.

“I often say things to myself when I’m walking along,” he continues, “my lyrics, other people’s lyrics, it’s why I love words, you can carry them with you, but if it’s a melody, you can’t carry all the instrumentation. With words, you can have them; they’re yours, like if you learn a poem. A lot of the words in the album are like that, just words that kept coming back to me.

“I’m not consciously trying to make it like that but most of the repetition is there because anything else is just pissing around. It would be talking around the subject and bullshit or being dishonest to just not say that. For a song like ‘Words’, that could only be the only word in that song and if I added more words into that, it’d spoil it,” he laughs.

The album is also a milestone that denotes a struggle to write, refine and curate a collection of tracks to satisfy both a personal and literal release.

“I find it really difficult to let go,” admits Martin. “Finishing this album has driven me crazy because some of these songs have been unhealthy, like children kept in a basement for too long, and bringing them outside, they’re quite fucked up children. It’s been really traumatic dragging out the shit in my life but I’m quite familiar with that in a way with the work that I do as well. Things get stuck in your private life and it’s tough bringing it into the public.”

Determined to get the songs out, but also keen to allow them to evolve where necessary, settling on a process of working presented a test of both patience and resolve, for Martin. With an analytical approach to making music, he says that finding the balance between capturing feelings but avoiding the clichés proved to be an exercise of distrust. “A lot of the songs on the album are written on paper and I try and work out the song then work out how to play it,” he explains. “Whereas if I strum away, I’ll do stuff that sounds nice and I like that sort of music, but then I’m kind of at the mercy of my own good taste and I hate that. I find working on songs, if I try and write on the instrument by strumming guitar, end up with clichés and something that sounds easy. 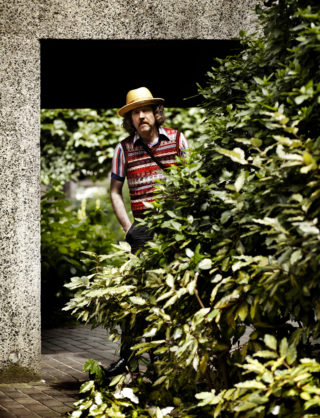 “I go do things then come back to them, especially playing things live and changing them a bit after that. Doing it in the real world, instead of your own bedroom, seems like the real place to try things out because that’s when you know whether you’re deluded or not,” he laughs. “Being able to have distance from it as well, especially as I’m singing most of the songs, it’s really easy to get hung up on it. When you’re on stage, you care about how you look and it gets narcissistic; ‘Am I in tune? Can I sing?’.

“It’s like when you’re drawing, I can remember in school trying to draw a hand and you’re like, ‘I can’t draw a hand, am I a shit artist?’. I think you can get really hung up on the craft if you’re doing it yourself. That’s a weird thing that I feel has got to be overcome a bit, to try to not care about your own shortcomings.”

At various points, our conversation veers between both Martin’s art and music, and the fine divide between the two forms. An artist that sees no distinction between visual art and music, and employs and enjoys the literal to elicit basic emotions and reactions, it makes perfect sense that his music would be as playful and tongue-in-cheek as his visual works. And while there’s a constant, underlying sense of indecision to both – from the personal turmoil of deciding which notes or paint brushes to use – there’s also a fierce reaction to kick against control, constraint, exclusion and battling the “am I supposed to get this?” outsider perception of contemporary art.

“I’d hate that. I hate that idea,” he exclaims. “I think if specialised knowledge is needed for something then I think it’s not good enough. That’s what I think about my work – if someone feels like they have to know something about it, something specialised, other than just being a human being, I think I need to work harder. I would be happy if my work gives someone some fun, or they like the tune or the words or it gets under their skin. A big reaction is exciting. Hating something is exciting and feelings are the most important things in the world, through just being mysterious things that rule our lives.”

It’s one of the few occasions in the interview that Martin borders on the stern and solemn, and is clearly a source of immense pride and driving motivation to ensure that all of his work is open to any level of knowledge or interpretation. But that’s not the only thing that’s put him on edge, recently.

“I was really nervous this week with the official release date,” he tells me. “I don’t know what to expect and I hope people will like it and I hope that I’ll like it as well. I’m always anxious when I do things that I’ve got to live with for the rest of my life. There’s a source of anxiety with everything I put out, but I think it’s been especially true of this album, with these songs, because it’s been so difficult to finish.

“I was trying not to read any reviews but then someone said have you seen this review, and it was your review, and I read that and crumbled and read all of them. There’s been some nice reviews.”

For a man who’s spent most of life putting his thoughts, feelings and ideas on public display, it’s endearing to know that even now there’s a healthy, human trepidation of wearing your heart on your sleeve, in any form. And armed with eighteen energised snapshots of what’s proved to be a difficult musical journey, Martin Creed is ensuring that while there’s likely to be no let-up of such struggle with his second album, it won’t be anything other than an open invitation to feel. After all, if you try to deconstruct your feelings too much, what’s the point of it?

“There’s other songs from the past that never went further but there’s actually nearly an album now. I’ve just been recording the next album and there are quite a lot of songs, but like I said, it’s unhealthy and I need to try and release this stuff and let go of it. I’ve been doing it over the years through gigs and little releases but I just wanted to put the mixed up stuff on this album.

“I wouldn’t call it therapeutic; to me it would be more a comfort thing, like strumming those nice chords on a guitar. That’s safe and comfortable but I think when work’s good it’s exciting and like hurting yourself. So you can feel something.” 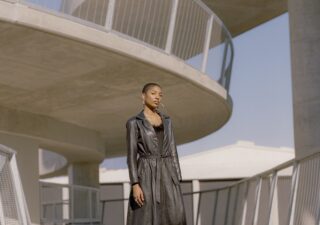