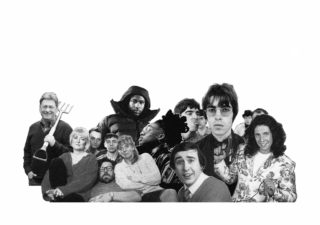 “I’m sorry to be rude, but it’s completely bollocks, and we can start to reject it.” The author and journalist Nathalie Olah is sat discussing the state of affairs that have snowballed over the last decade to culminate in her debut book, Steal As Much As You Can. It’s part-manifesto, part-self help book for those on low incomes in the arts, or just for anyone who cares about the presence of people from low incomes in the arts. Which should be all of us.

Nathalie Olah was born into a working class family just south of Birmingham, and was the first person in her family to go to university. “We didn’t have much,” she tells me “and I knew I was working class, but what’s interesting is that I wasn’t really aware of that fact until I went to quite a posh university. But more than that, it was working in the media where I felt really aware of my status as a working class person, and became exposed to how elitist it is.” Olah began to observe how her “predominantly middle-class, predominantly white” editors were commissioning work from people who looked a lot like themselves, for an audience who looked a lot like themselves, at the exclusion of those who – well – weren’t. “It struck me that there was a lack of work being made that spoke to my experiences, that shocked or amused me, or that I wanted to go to my friends and show. That was the thing I was really interested in.” Olah began to look at the same pattern emerging in other aspects of the media – the music industry, British cinema, television and publishing. Just what had happened?

The timing of Steal As Much As You Can is important – coming at the end of a decade that began in earnest with David Cameron lustily welcoming Nick Clegg through the door of Downing Street. The changes that have occurred since in British society through austerity have been no less damaging, no less painful, than those that occurred in the 1980s under Thatcherism. But where that decade had a vibrant range of working class voices across the culture to document the damage being reaped, think about how little the effects of austerity have been documented by those directly affected. This, Olah argues, is why the 2010s have been a culturally ‘lost decade’. A void. A gaping hole where audacious working class art has been shut out at the exclusion of pandering to a safe, middle-class consumer base. 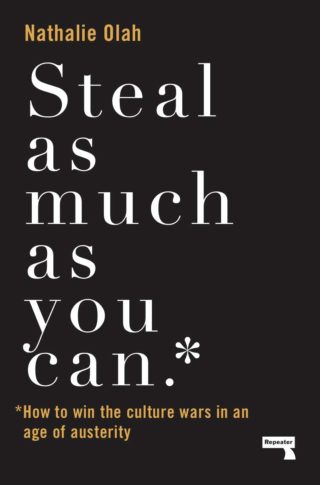 If it’s your view that culture can be just as important to our politics as politics is, then you’ll understand the tragedy of a culture that excludes working class voices and tastes. The exhilarating positives of working class life go uncelebrated. Its darker corners go unchallenged. The unique perspectives that working class people can bring to art, literature, music and cinema never arrive.

Grime is regularly positioned as a counter to this narrative, but Olah argues that in fact, the establishment media should be mortified by quite how long it took them to celebrate grime, and that we should observe the structures of power that caused that delay. “Grime complicates that narrative,” she tells me, “coming out of working-class communities and now enjoying a large mainstream presence. But its trajectory has been far more complex and fraught than other genres. It should have been getting this much mainstream airtime fifteen years ago, if not longer. Dizzee won the Mercury prize in 2003! And now this embarrassing thing is happening, where the liberal commentariat, most of whom hail from London’s public school system and affluent suburbs, are now finally declaring grime the music of protest, like they alone have just arrived at this profound conclusion.

In 2016, when Skepta was already in his late 30s, when the genre had been maligned by the establishment for decades, there was this embarrassing collective fist-pump by the music industry and establishment media for his own Mercury Prize win. Of course it was great that he was finally getting acknowledgement he deserved, but there should have been a more profound sense of shame for how long it had taken and how arduous the journey had been for so many grime musicians compared with, say, redacted white middle class musicians. Fact is, the establishment media is now trying to use grime and UK rap as evidence of its inclusive credentials, and that’s completely hypocritical and disingenuous.”

In her book, Olah sketches a history of the British media’s complicated approach to working class voices. From the 1960s onwards, enough money was sloshing around in the media for risks to be taken on working class voices, an era that extended to Olah’s formative years growing up in the 1990s. “The 1990s was the last hurrah – you know, the end of history, this is the way that it’s going to be forever,” she explains. “You had publishing houses taking risks on working class people, some of which would make a splash.” The global financial crisis, coupled with a general decline in media revenue, changed all of that. With less money, the establishment media drew up the drawbridge. “That I think is undeniable,” she says. “The middle class consumer base is the one that gets adhered to, because that’s where they know they’ll make their money.” Olah uses the example of the lifestyle explored on Oasis’ ‘Cigarettes and Alcohol’ – alienation, self-medicated by narcotics – to the timid rebellion posited in the music of Ed Sheeran: the Gallagher’s “you might as well do the white line” provocation against Sheeran’s lukewarm “maybe I’ll get drunk again!”. But why do we now end up with the latter? “They” – the white, middle-class media gatekeepers, says Olah – “know that what he sings about works for their middle class consumer base.”

“Oasis were writing about being on the dole, Jarvis Cocker spoke at the time about how Pulp wouldn’t have happened without the dole, and (that life) is a widespread experience. A lot of people experience the indignity of being on the dole, and the drudgery of having to sign on, but those experiences aren’t reflected. All this means that there’s a lack of solidarity because there’s a lack of people describing that cultural milieu.”

How taste rubs up against class is something that fascinates Olah, particularly when it comes to television. “Rules of taste,” wrote Susan Sontag, “enforce structures of power”, and this is the lens through which Olah is careful to observe television. Consider the proliferation of makeover TV in the late ’90s and early ’00s – what Ground Force and Changing Rooms represented, the book argues, was the visual painting over of working class tastes and aesthetics. But if Alan Titchmarsh and Lawrence Lleweleyn-Bowen represent one side of the class war, who’s at the vanguard? Olah writes movingly of a childhood watching something like her own family reflected back at her through Caroline Aherne’s sitcom The Royle Family. “I absolutely love Caroline Aherne and think she was an amazing writer. Obviously her life was quite a sad story, but I can’t really think of an equivalent today. Every time I watch The Royle Family, I’m amazed by the quality of the writing, and how generous the writing is too.” Likewise, Steve Coogan, from a similar background to Aherne, was able to create “the only truly effective satirical construct in British culture”. Now, however, you’re much less likely to see art created by working class people on television, and much more likely to see working class people as the subject of voyeuristic, “quite heavy handed” reality television and documentaries.

What makes Steal As Much As You Can so urgent isn’t just that Olah diagnoses these problems, but that she offers a roadmap out of this stagnation. The book ends with a call to arms for a coarse, unapologetic, creative working class culture, and how to achieve it. How to steal as much as you can from the system without enforcing it. Get a bullshit job and use it to allow you to create the culture you really want. Give up on wanting approval from the mainstream: “they’re not listening,” says Olah, “and there are ways of navigating it now – there’s independent media, there’s a whole plethora of independent record labels, it’s not hard to set up your own. The only thing stopping these from doing better is our own prejudice towards them.” Alienate your boss – reject office jargon and delight in your own slang and codes. “They’ll quiver in their boots,” Olah laughs, “they’re absolutely terrified by working class audacity and confidence and we need more of it.” Find working class artists who weren’t celebrated then, but can be held up now – tell their stories. “We need more working class audacity and confidence because it’s been eroded through decades of cultural capital, Thatcherism, Tony Blair, the current Conservative party,” Olah tells me, “that’s really going to affect people’s self esteem and their sense of worth. And it’s time for more people to feel emboldened and feel confident about who they are and the region they came from and the cultural milieu in which they were raised.” The 2020s cannot – must not be allowed to – repeat the mistakes of the last decade. The lost decade. Steal as much as you can. Go.