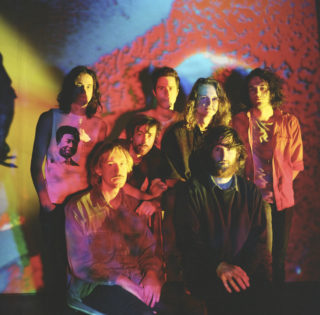 How to make even Ty Segall look like a lazy bastard

King Gizzard and the Lizard Wizard definitely have more hours in the day than the rest of us.

The Aussie collective only spent a few moments off the road in 2016, supporting the excellent ‘Nonagon Infinity’.

The first one, ‘Flying Microtonal Banana’ (what else?) comes out on 24 February on Heavenly.

So, ‘Rattlesnake’ is great. That’s the first track. But you’re probably going to hear approximately 40 new pieces of music from Gizzard next year.