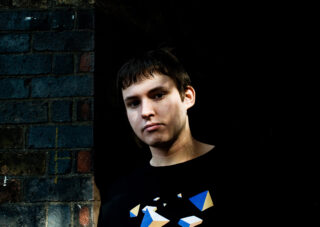 By the age of 15, Ross Birchard was such a proficient turntablist he was a UK DMC finalist. He’s now signed to Warp and has just released the ever-innovative ‘Butter’

Reef Younis: “It’s been well over a decade since this interview happened way back in 2009 and I’m not sure whether I’m more startled at the fact Ross Birchard looks so young or that I’ve aged so badly. At the time, Ross was 22, I was 23: the stage set for a rising young producer and an aspiring young writer in a powerful meeting of minds. And although he had the baby face, you could tell Ross’ brain for production was already on another level. By 26, one of us was collaborating and co-producing with Kanye West, the other was cleaning his shared flat in exchange for food. I’ll let you guess who’s who.”

Glasgow, Scotland – a place not exactly synonymous with a burgeoning commercial urban scene. But if the noises are to be believed – and good noises at that – then it seems the new breed of DJs, producers and promoters are guiding the city to an electronic beat. Pooling talents with the likes of Rustie and Mr. Copy, as a part of their LuckyMe collective, Hudson Mohawke aka Hud Mo aka DJ Itchy aka Ross Birchard, looks to be the spearhead for Warp’s return to deckside, the year of the prestigious label’s 20th anniversary.

Brought up on his radio DJ father’s eclectic tastes, Birchard got his first set of decks when most kids were worrying about the toilet-flushing induction of secondary school. Four years on, and a reserved young Scot called DJ Itchy became a UK DMC finalist at the tender age of 15. Fast forward a couple more years, and a softly spoken, 22 year old Birchard has just released his superb debut album, ‘Butter’, having signed to one of the industry’s premier independent labels. Pressure?

“I did feel that pressure for a long time and that’s what held me up,” he explains. “The only way I can really view it and approach it is just treat Warp as another label really. Although they have the history behind them, I can’t really let that influence me because I don’t always want to compare myself and match up to previous releases. I try not to think about it but I am aware of it.

“It was quite overwhelming for me to be honest. I didn’t have a back catalogue behind me apart from one or two releases on small labels, so it was a big jump for me and a big shock. It was actually quite some time before I submitted any music because the idea kind of freaked me out. But it’s a great opportunity for me and I’m really thankful.”

More or less based in Glasgow, tours and gigs withstanding, Hudson Mowhawke is very much the appropriation of the city itself – from the wall graffiti from which Birchard adopted the Hud Mo moniker, to the growing communal sense of party spirit.

“I think it [Glasgow] has been bubbling for a little while. There’s always new music, there are a lot of live acts coming through, and there’s always been good club nights. It’s always been a home for sort of “decent” music. The Optimo clubnight has been going for 10 years now, and they’ve been playing techno and electro stuff there, commercial R’n’B… and people are used to hearing that sort of thing; people are used to hearing electronic alongside pop music. I suppose there is a little bit of a scene nowadays and it’s just sort of come together. Basically there’s a lot of people in Glasgow who are up for a party. They don’t come to a club to stand around.”

Quizzically, from an interview earlier in the year, Birchard came out and said that he wasn’t here to make “out and out club music”, which is understandable given his technical turntablist history, but marked a bit of a paradox in the DJ’s make up.

“Yeah,” he chuckles, “I did say that but that’s not what the statement meant. I just spent a long time DJing when I was younger, all the jungle and rave stuff, and by that sort of statement, I mean it’s not enough for me to just make music purely for a dance floor; it always has to have another element. It’s important to have another element. I absolutely want to make club music but not music just for dance floor effect.”

And it’s easy to hear this outlook in his production. With an emphasis on melody as opposed to bass, Birchard’s production on ‘Butter’ makes it an album that’s fluid, spatial and playful, with a clear linear and smooth production, and rarely sways from his grounding in hip hop. And it’s this flexibility to explore other avenues that makes it so daring, not that the man considers himself to be particularly pioneering.

“I don’t think of myself as experimental, I just naturally gravitate towards melody and more song-based music than more sort of club music. As much as I like a lot of it, for my own production, it’s not just a case of being bold and having a load of bass. For a long time, turntablism was my passion and I’d spend all day and all night doing that. It took me so long to learn those skills but the actual main purpose of that scene is to battle with each other and try and be better than the next guy. It’s a niche thing but the thing for me was that I wanted to hold onto those skills and apply them to a wider spectrum. It was quite natural for me [moving into production], I didn’t ever make the switch, but there’s a lot of overlap between the two,” he explains.

In fact, the only time that Birchard uncharacteristically struggles to articulate his thoughts is when discussing where he thinks his music fits.

“I don’t really and I think that’s possibly a problem sometimes because people are not quite sure what to make of the music. I definitely come from a hip hop standpoint, no matter the style of the productions, but when I’ve said that to people, they don’t have an inkling at all that it’s hip hop. There’s some turtablism in there, even though there isn’t a lot of scratches, the sampling and drum production come from that background,” he muses.

Almost a reflexive kick to being labelled a strictly beats producer, Birchard happily admits that he drew on his technical skills as much as production skills to make ‘Butter’ work and, as with many full blown DJ bodies of work, the album has a seamless flow with tracks effortlessly segueing into each other to reproduce a sense of live spontaneity.

“As much as I still really love just making beats, I wanted to take the groundwork of that and see what way I could advance it,” he starts. “It really just came together, basically. It was just me trying to combine different elements and put them all in one piece. In terms of it being kind of fluid, the way its put together, it’s kind of reminiscent of a DJ set which takes me back to my DJ/turntablist influence. There’s a lot of different styles and a lot of short tracks and I kind of styled it as one of my DJ sets. It was me just not sticking to making beats…”

Like any producer, Birchard’s quest for brilliance remains, unsurprisingly, true to type. With the personal pressure of submitting his work to Warp, and an organic, if stalled process of creating and recording tracks ensuring ‘Butter’ was churned out at the right time, it seems Birchard, like his music, is evolving.

“It’s definitely not a system. A lot of it just came from never being happy with the end result. I always want to push it further and bring new elements that will work on the mix. It’s just an element of attachment and not being able to let stuff go. I’m getting over that a bit more now…it’s been a long time. It even held up this record.”
With the drive, ambition and the premise of producing some big artists in the future, it’s when we directly ask him whether he’s a perfectionist that the response comes quickly and with a little steel. 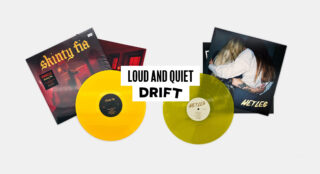 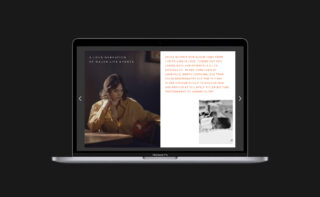 Digital issue: read issue 152 in full in our digital reader 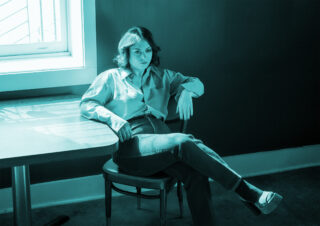