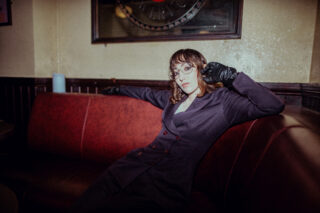 Having started out in punk bands before fronting leftfield pop duo Pregoblin, Jessica Winter is now out on her own in the world of pop music, inventing "crance" – a type of disco that will make you dance and cry at the same time

“It’s not hard for me to switch to my deranged side,” laughs Jessica Winter as she describes the unhinged music video for epic synth-pop single ‘Funk This Up’ in a snug corner of East London pub the Wenlock Arms. “We wanted two parallel visions where you see the day version of me – that’s the one you’re talking to now in case you need clarification – and the night version, a naughty temptress luring you into all the things you shouldn’t do. It’s that juxtaposition in life and in music that excites me.”

Jessica’s demeanour veers between highly enthusiastic and extremely tired; today, she’s recovering from breaking out her ‘night version’ while attending the Attitude Awards.

“I got to take my brother,” she tells me. “He’s gay and he was saying, ‘Jess, I haven’t supported you in your music career this long for you not to take me to the Attitude Awards! This is outrageous if you don’t take me to this!’ I also got to meet my hero Jake Shears; we had a really decent conversation and I was holding back how star struck I was. He was saying maybe we can do something together soon, which would be a dream come true – he has his own dance album coming out as well, so it would be the perfect combination.”

No stranger to collaboration, Jessica has carefully carved a unique space for her darkness-tinged take on pop music. She’s proved herself a versatile artist, equally capable of reworking the music of Metronomy as partnering with similar industry outsiders like Death Grips and Lynks.

“When I was on tour with Lynks it was so fun,” she recalls. “It was straight out of lockdown and I hadn’t practiced at all. I almost had to find myself again. You have an online persona but then you can’t figure out your real life persona until you’re on stage. When I did that tour I was like, ‘Ah okay, I get it, I have found who I am once more. We had such a good time and said we must do it again. So I had the track ‘Clutter’ and I just knew it would be perfect for Lynks’s vibe.” 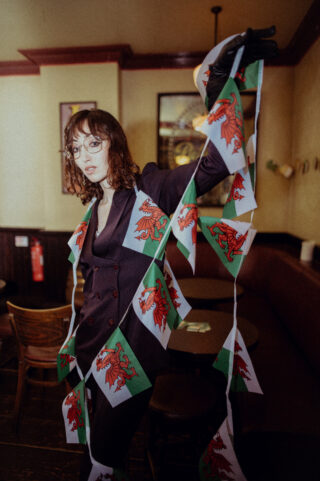 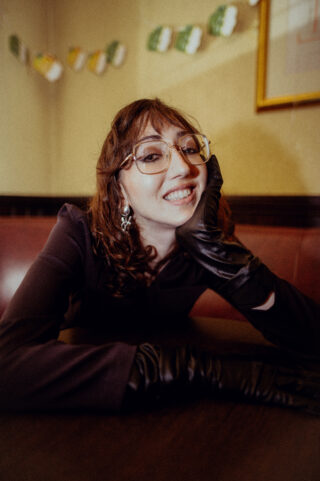 I wonder if Jessica’s background in leftfield pop bands like Pregoblin has predisposed her to this way of working. “Well I started with a punk band and I always miss having people around me,” she explains. “It’s a very lonely world sitting up there on stage by myself, no-one to hang around with, nobody to banter with. So I feel like I get that from collaborating in the studio; you get so much inspiration from working with other people’s ideas. I think the main starting point for me was when I was in Pregoblin because that was the first time that I got out of my own world, I enjoyed it so much, I thought, ‘This is really fun’, and then ended up saying yes to lots of other people. Now I’m kind of going the other way a bit and saying no a lot more. I feel like Simon Cowell nowadays,” she chuckles.

Jessica’s wild imagination ultimately shines through though as a solo artist, which is demonstrated to great effect on her recent release ‘Choreograph’, a powerful take on modern romance. “People are so obsessed with the idea and look of being in love, rather than actually experiencing a deep connection,” she says. “You know, thinking, ‘Wow, that was a great conversation and we got lost for a moment’. Instead it’s just, ‘You look like the kind of partner that I want to have by my side and we do the same things, so we have to be together.’ Everything is labelled and that’s all because of social media and the way we’ve all suddenly become labels ourselves – we have to behave in certain ways to fit algorithms. It’s not connecting as much as I want to.” 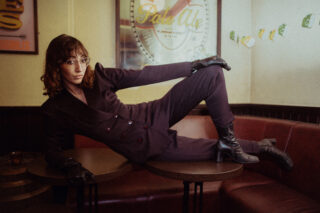 Jessica Winter is queen of the sad banger, and accordingly coined an original name for her music: ‘Crance’. “I think I am always going to hold the torch for ‘Crance’. To me juxtaposition in music is the best, so if you can cry and dance at the same time, you’re experiencing it all aren’t you?”

It brings us back to the impressively ambitious ‘Choreograph’ – a pure ‘Crance’ song with whip-smart production (Jessica is a noted producer too, for artists like The Big Moon) and stunning Hollywood-like, dancing-in-the-rain visuals, that clearly signal how big Jessica is aiming. She has been doing so from a very young age, despite unusual circumstances.

“I was born with hip dysplasia, which then turned out to be Ehlers-Danlos syndrome,” she tells me. “It’s kind of a new thing that they discovered and my body produces too much collagen, which sounds like a good thing but means all my bones are being pulled out of the sockets and my muscles take the strain, so over time my hips and joints in general will probably all need replacing. In a cheesy way this has given me the drive to get out there and want to do something special. I had a lot of time in bed to come up with ideas! I was thinking about this the other day because my mum would fix me to the piano stool when I was two years old – I had a bar across my back which held my legs into splits and I would be just attached to this instrument. It was my sole entertainment, it’s the reason I got into music and my only source of joy from really early in my life.” 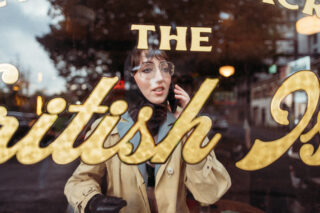 Jessica’s mother provided further inspiration for her later in life too, via her career as a glamour model. “She had some amazing pictures through her time ­– and in the ’80s getting your tits out was quite a crazy thing to do. I didn’t really realise that until I became an adult myself because it was so normal for me growing up, seeing my mum naked in pictures. When I stop and think about it she was going up to London when she was 20 years old and being put into situations that were very dangerous and really exposing herself.

“I find it inspiring. The glamour modelling days in the ’80s were so amazing – they properly went for it with production value, the backdrops, the art direction, the colours, everything was shot in film as well. I feel like I am exposing my deepest darkest feelings through song, where she was exposing the layers on top, but both are empowering I think.”

So you put a lot of emphasis on creative direction?

“Of course! I feel visuals are as important as music at the moment, which is worrying. Because of that I have purposely not tried, maybe to my own detriment, to do what I know will get the algorithm going. I just want to make sure that by the time I get to my death bed I don’t go, ‘Arrrgh why did I give in?!’” 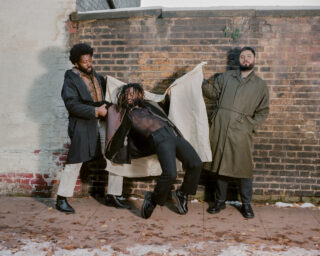 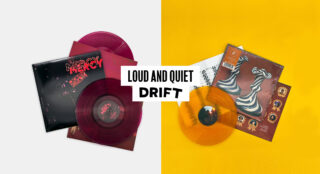 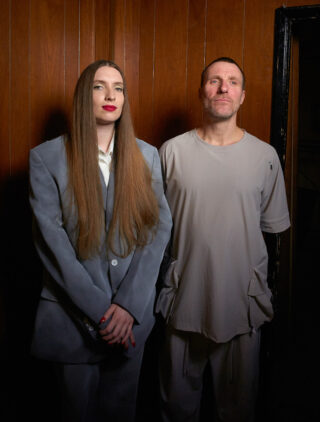