There has perhaps never been a single genre as misunderstood and erroneously named as Krautrock. The emerging popular music of post-war Germany was made by a generation of dreamers seeking to reshape German art and identity amid the haunting reverberations of The Third Reich. Needless to say, the nation’s counterculture took many forms.

The grouping of a broad number of artists with worlds-apart styles — from technologically-innovative maschinenmänner Kraftwerk to organic jazz musos Can — seems only to have initially existed in the minds of an onerous British music press in the early 1970s as a way of understanding the strange new sounds emerging from West Germany. The term ‘Krautrock’ was rejected by many players. One of its most prominent and consistent acts, Wümme’s Faust, even sardonically named the 12-minute opener of their 1973 LP, Faust IV, after the term in mockery. Ironically, their song ‘Krautrock’ became a flagship example of how we might characterise a typical example of the so-called genre: a 4/4 beat, flurries of electronic effects, and, perhaps most notable of all, repetition.

While early works by Kraftwerk, NEU! and other acts bound together by the connective tissue of producer Conny Plank adhered to one or more of Krautrock’s three commandments, many of the groups who fell under the rubric favoured improvisational fusion and free-wheeling, pseudo-hippy spirituality. Without a doubt, Cologne’s Can proved to be some of Krautrock’s most virtuosic practitioners, driven by the rhythm of Jaki Liebezeit’s jazz-informed drumming and Holger Czukay’s blue sky avant garde sensibilities. The multi-part suites of Amon Düül II’s 1970 album Yeti don’t sound lightyears away from the progressive space rock of UK contemporaries Hawkwind, while Munich-based collective Popul Vuh pioneered new age and ambient music largely thanks to project founder Florian Fricke’s preoccupation with classical and 20th century avant-garde composition. Hans-Joachim Roedelius and Dieter Moebius of Cluster and Tangerine Dream would similarly develop the pre-Krautrock sound of kosmische, routing new developments in electronic and synthesised music into vast, celestial soundscapes. In 1981, Ash Ra Tempel founder Manuel Göttsching would develop these more ethereal strains of Krautrock into a foundational LP of house and techno, E2-E4.

While Krautrock at its heart seemed intent on envisioning the future of music after fascism, none came as close as Kraftwerk in directly influencing the art forms that would explode in popularity the following decades. Shortly after the departure of Michael Rother and Klaus Dinger — who, after founding NEU!, went on to form the hugely influential Harmonia and La Düsseldorf respectively — Florian Schneider and Ralf Hütter imbued Kraftwerk with a new sound and look. Now donning boardroom suits, poised like mannequins behind cutting-edge synthesisers and audio equipment, 1974’s Autobahn marks the beginning of Krautrock’s crossover into synth-pop. In soundtracking the advancement technology — motorways, railways, and eventually computers — and fully indulging the synthetic, Kraftwerk imbued their electronic compositions with anxiety as well as jubilation at an exponentially accelerating culture.

As impossible a task as it may be, we hope that this overview gives you an idea of what to expect from diving into the world of Krautrock. But it’s also worth noting the wealth of music the genre’s key players went on to make beyond the staggering output of those 10-odd years. The names mentioned in this primer are rabbit holes in and of themselves, and in the case of someone as prolific as Holger Czukay, easily merits an introductory piece of his own. Then again, just as these musical innovators sought out the perimeters of their art, you might be better suited finding your own way through the labyrinth. In any case, enjoy the aperitif we’ve lovingly arranged for you in this Loud And Quiet Primer Playlist. 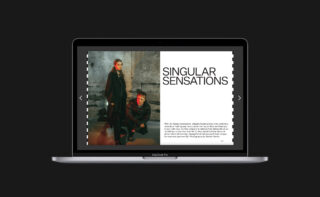 Digital issue: read issue 154 in full in our digital reader 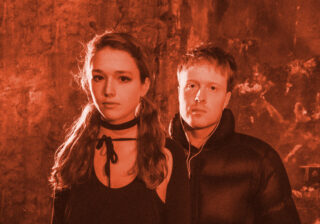 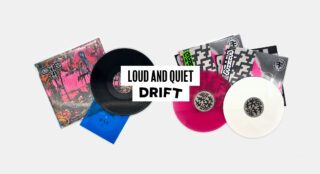