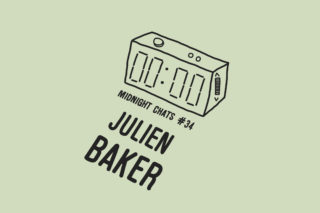 The US songwriter is passionate about her hometown of Memphis, politics and her hardcore punk roots

When Julien Baker recorded her debut album ‘Sprained Ankle’ a couple of years ago she figured it’d be a success if her friends on Facebook heard it. Anything else would be a bonus.

Two years down the line, she’s conducting a press tour (a different European country each day for five days) to do a host of interviews about her second one ‘Turn out the Lights’ (out later this month).

A lot has changed for the 21-year-old, and not just the size of her audience. Yet some things haven’t. Like her passion for her home town of Memphis – she gave me a brief tour of its lesser-known highlights, including an introduction to local mayoral candidate Prince Mongo (look him up).

Recorded at the Loud And Quiet office in London last week, Julien Baker struck me as a person that’s polite, eloquent and considerate, but also forthright and energetic.

I think, given that she’s a young, white, queer, Christian artist from the southern States she probably answered a lot of questions about America (and more specifically Trump) in the days after I met her – there’s no doubt she was ready for them.

There are lots of archive episodes of Midnight Chats to dive into – including conversations with Mac DeMarco, Nadine Shah, Laura Marling, Ryan Adams and many more.