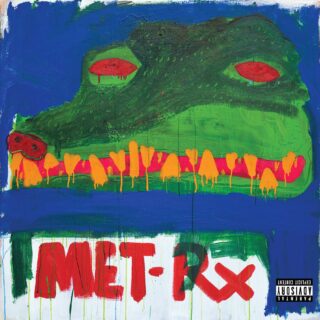 As a former gourmet chef turned rapper, award-winning author, perfumer, and actor: no one could ever accuse Action Bronson of standing still. But, in his recent book Fuck It, I’ll Start Tomorrow, the New York-based rapper details how the birth of his second child and health problems during the pandemic turned out to be a road to Damascus moment, leading him to ditch the drinking, hit the gym, and drop a frankly incredible nine stones in weight.

It’s surprising that, despite coming after a period of profound personal growth, Cocodrillo Turbo feels like the closest we will get to the ‘baseline’ Action Bronson record. All the elements that have shaped the seven previous outings can be found in spades, from the love of vintage soul, jazz and funk to the loopy beats and weird, off the wall samples. That’s no bad thing. ‘Jaws’ and ‘Subzero’, mid-album collaborations with long-time collaborator Alchemist, recall Jurassic Five in their late-‘90s pomp. At the same time, ‘Zambezi’, a joint effort with Roc Marciano, is a proper low-ride banger of the old school.

Yet, Cocodrillo Turbo still feels like a step backwards, and that’s mainly down to the lyrics. If the rapper has undergone an epiphany, then it doesn’t show. Once renowned for his ability to cut a clever verse, this record finds Bronson leaning heavily on well-worn hip hop tropes; it almost becomes like a parade of cliches. Nearly every song finds the rapper bragging about his ability to bed his rival’s spouses, whip up a batch of Michelin star-level chicken wings and flash his nine millimetre when shit goes south.

The unfortunate result is that for an album with many great points, Cocodrillo Turbo ends up feeling more like a Ghostface Killah album with added cooking references than the oddball Action Bronson we all fell in love with. Seriously, my hat goes off to the Brooklyn rapper for turning his life around; that’s no mean feat. I just wish he’d talked about it more on the record.