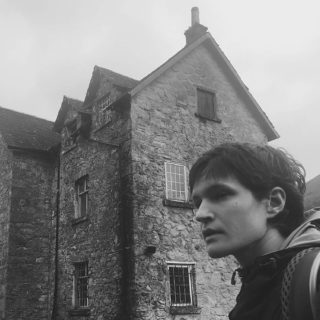 Adrianne Lenker spent most of 2014 sleeping in a warehouse. She had just turned 21, was working in a restaurant and photographed pigeons in her spare time. Her debut album, ‘Hours Were the Birds’, was a subtle but vivid collection of discovering New York as the world flew by. There was hope, excitement and earnestness, a combination which curdled into a prolificacy of her own alongside a friendship with Buck Meek. The two would record and release a further two full-length LPs that year before becoming the heart of Big Thief.

The codependency and support network of a band allowed Lenker’s songwriting to access points of vulnerability that she hadn’t before in her solo work. 2016’s ‘Masterpiece’ and 2017’s ‘Capacity’ possessed the same humanity as ‘Hours…’ but this time was crammed with songs at their breaking point. Tableaus on record became nine-minute one-note excursions performed live, their emotional weight on Lenker disguised only by Max Oleartchik’s delicately jazz-influenced bassline, or the fact that James Krivchenia had traded his drum kit for percussive varieties of plastic fruit.

Necessary context provided, Lenker’s sophomore solo record, ‘Abysskiss’, is a triumphant return to her own name. The sonic paucity of ‘Hours…’ remains, yet in half an hour, stripped-back to herself and an acoustic guitar, she addresses the human intricacies of isolation with the confidence of a full band.

The writing is paramount. Opener ‘Terminal Paradise’ is death-of-the-author and converse salvation by the song: “See my death become a trail / And this trail leads to a flower / I will blossom in your sail.” ‘Blue and Red Horses’ then subverts the intro to Big Thief-favourite ‘Mythological Beauty’ into a Toy Story sequel, while ‘From’ plays like a lullaby through Lenker’s vocal lethargies. The same weary-sounding vocal soars on standout track ‘Cradle’ with intricate narrations of fables and relationships burning underneath. You can even hear a wry smile on hushed lines such as “Baby you’re still too proud to come down / Baby I’m still too loud to hear.”

There’s no beatific romancing of the troubadour writer. Where ‘Steamboat’ on her debut had her crooning “I wish I was better at being alone”, ‘Abysskiss’ sounds like the solitude now doesn’t phase her at all. It lacks the knockout blow of Big Thief, but undoubtedly affirms Lenker’s status as one of today’s vital songwriters. It’s a more complex development of the codependency that’s riddled and enriched her career. If her first release was spent photographing pigeons, perhaps this is one’s mid-realisation that pigeons are a type of dove – a universal signifier of peace, sure, but something that’s also trying to steal your lunch. 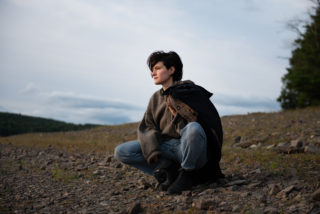 Adrianne Lenker – Into the woods

Adrianne Lenker is a once-in-a-generation talent