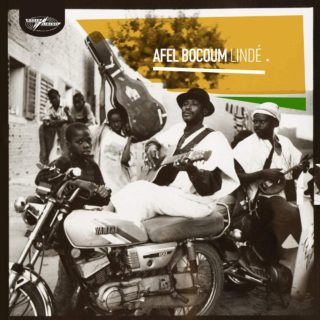 “You have to collaborate, otherwise you’ll get nowhere in today’s world,” Afel Bocoum states in the press release accompanying his new album Lindé. Working with others has been a common thread throughout the singer-songwriter and guitarist’s distinguished career. In the 1960s, when he was just 13, he joined legendary multi-instrumentalist and fellow Malian Ali Farka Touré’s backing band and, since the release of his debut album Alkibar in 1999, he has worked with a diverse set of musicians including Damon Albarn, Toumani Diabaté, and Béla Flack.

For his latest record, executive produced by Albarn, he once again welcomed a broad church of talent, from now-deceased Afrobeat pioneer Tony Allen to cult favourite American violinist Joan As Police Woman. While the intersection of traditional African music and more contemporary global sounds has long been a cornerstone of Bocoum’s work, on Lindé, the concept of unity cuts through to the beating heart of the project. ‘Dakamana’ is a tender plea for solidarity in the face of poverty and conflict, in which languorous trombone melodies and n’goni plucks sit content atop a bed of gentle calabash percussion, while ‘Avion’ is an uplifting tribute to the unifying power of music and dance set to dovetailing guitar melodies.

The warm sound palettes on Lindé, and its gentle, meandering tracks, make it ideal summer listening. After all the shit this year has thrown at us, it’s refreshing to listen to an album that isn’t afraid to wear its enthusiasm on its sleeve.