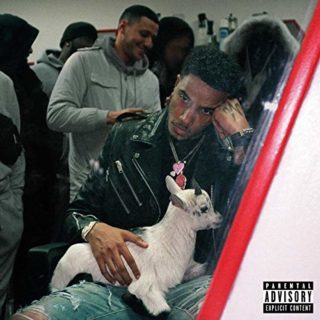 Weird one, this. AJ Tracey is clearly talented – it’s obvious on even the most cursory listen that he’s great at what he does. Opener ‘Plan B’ and the garage-flavoured ‘Ladbroke Grove’ show off AJ Tracey cranking out great pop-rap tunes with nice flows and earworm hooks. The problem with this album is that, rather than sticking with the format that works for him, he chases his talent in bizarre directions that hurt rather than help the record as a whole.

Take ‘Country Star’, AJ Tracey’s self-professed take on country music. Country’s an adaptable genre – just look at last year’s ambient crossover ‘Ghost Box’ – but it’s not so adaptable that you can call it a day after sampling a guitar loop and using the word “cowboy” a lot. Another weird quirk is ‘Double C”s diss at a teacher: “My headteacher couldn’t manage me / Fuck Mr Hall, he’s a prick”. I cannot stress this enough: AJ Tracey is 24-years-old.

In fairness, it’s pretty disingenuous of me to review this album like it’s a sitdown experience when it’s more or less a series of singles that share a title. It’s ballsy for a debut, and the weird tracks aren’t the worst by any means. The worst songs are so generic that you just won’t remember them. I can’t recommend this album outside of a couple cuts for a Spotify playlist. It’s too odd and yet too boring, too confused yet somehow dead behind the eyes. It’s fine to play Fifa to, but you won’t remember it next month.