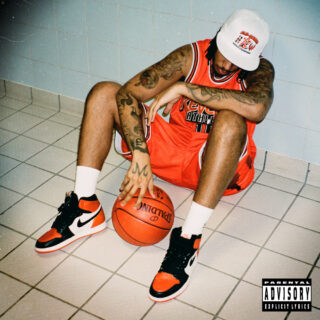 Halfway through ‘Cherry Blossom’, an otherwise forgettable mid-album cut from AJ Tracey’s second full length Flu Game, the west London rapper asserts that “I’ll take a genre that nobody’s fuckin’ with / Changin’ it up and I’ll make it a buck”. It’s this mission statement that Flu Game lives and dies by, with disappointing creative results.

The stylish, charismatic, and famed Tottenham Hotspur supporter begins by serving up a solid enough opener in ‘Anxious’. The track’s hi-hat tapping hip-hop beat is simple, but unobtrusive, allowing AJ Tracey’s trademark ice-cold flow to glide. The early tempo is upheld by ‘Draft Pick’ and ‘Eurostep’ which are both anchored to pulsating and atmospheric beats that have a pinch of Oxide & Neutrino to them. ‘Eurostep’ in particular hosts some of AJ’s smoothest change-ups and fastest flows to date.

Then, well, it all gets a bit Spursy. The momentum falters as AJ Tracey drifts through a batch of side-dish trap and dancehall beats that he just doesn’t vibe with. Abruptly, his trademark flow sounds less cool, more bored, and occasionally soulless. ‘Glockie’, ‘Little More Love’, and ‘Perfect Storm’ all suffer from laboured lines, zapped of energy, and pass by with a flavourlessness that feels like the rap equivalent of Bombay Bicycle Club, tunes destined for a new Audi commercial.

As you are about to write-off the album, the final four tracks happen. In yet another musical shift, the record travels back in time, shrugging off contemporary sounds for ’90s UK Garage.

‘Dinner Guest’ and ‘West Ten’ are the stand-outs, the Son and Kane at the top of the pitch that just about save Flu Game, both featuring a telepathic chemistry with the respective featuring artists, Mo Stack and Mable. It’s a stunning final rally that salvages a draw.

Like his beloved Spurs, Flu Game’s line-up looks solid but it doesn’t gel, lacking imagination in the middle. There are standouts here, but it’s not enough to stop Flu-Game straddling in mid-table mediocrity.