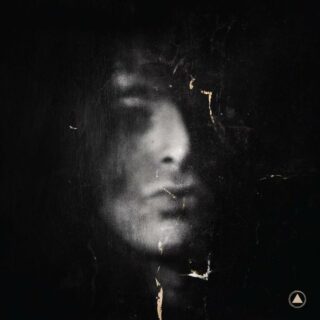 At the time of his death five years ago, tributes to Alan Vega tended to zoom in on his short but hugely influential time in Suicide. This belied a recording artist who – unlike many of his 1970s New York contemporaries – had a work ethic that only accelerated with age, releasing some two dozen solo or collaboration albums. It’s this glut of productivity that allowed Mutator to get lost down the sofa all those years ago.

Recorded in nocturnal flits between 1996 and 1998, the haunted, mercury-thin rockabilly that typified his ’80s work having receded, this material was often made to accompany visual art, and less interested in picking through America’s pop detritus, focusing instead on mood and nightmare stillness. It remains a horrific vision of Americana, painted in dark shades with throbbing electronic soundscapes. “You destroy generations,” spits Vega over the insistently murky ‘Nike Soldier’, “you take life.”

This is incredibly strong material, and seemingly only the start – Sacred Bones promise further unreleased work to come. On Mutator, Vega’s jet-black sensibility thrills from beyond the grave.

Pick up a copy of Issue 146 of Loud And Quiet to read Dom Haley’s deep dive into the legacy of Alan Vega and Suicide.