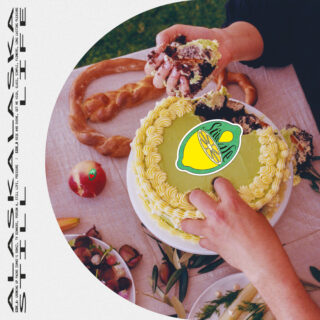 Electronica, in its classic form (Boards of Canada, Aphex Twin), is great at creating an atmosphere. Get it right and it’s perhaps the best form of musical escapism. By avoiding the aggressively live (and therefore, aggressively present) sound of guitar-centric pop, the genre often manages to whisk the listener away from the mundane towards something magical.

Still Life, the second effort from Alaskalaska, attempts to do just this. The album performs a low-key alien abduction, taking the listener onboard a twisted journey through the vast corners of the universe.

‘Growing Up Pains’ gets things off to a great start. Sci-fi rhythms bloop along like the soundtrack to a new space-age drama on BBC Two. You can almost hear the casting of an affable, if slightly irritating, middle-class lead underneath all the minor key warbling.

Unfortunately though, the illusion soon shatters. By leaning on “traditional” song structures over overt weirdness, Alaskalaska create an unfortunate hybrid of realism and extra-terrestrial that slips down away from the stars into the deep, dark realm of coffee shop politeness. The shimmering synth-pop of ‘Rise and Shine’ and ‘Glass’ are fine enough efforts, but have the unintended effect of rooting the listener firmly back on earth with their sugary pop flavourings.

The cushioned soundscapes of ‘Pressure’ and ‘Flowers’ towards the back end of the album attempt to rebuild the otherworldly atmosphere, but by this point the damage is done. Alaskalaska promised the moon, but after one too many misfires, their spaceship has been well and truly grounded.