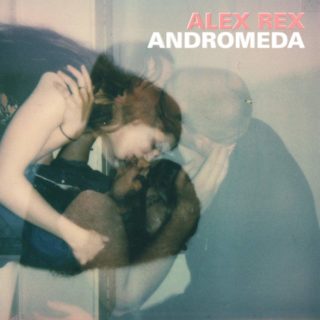 Alex Rex is what former Trembling Bell Alex Neilson calls himself now he’s solo. It’s unclear whether he’s adopted the “Rex” to propose he be the king of something, or perhaps that he’s now somehow comparable to the mightiest of the dinosaurs, but both possibilities nod towards the kind of delusions of grandeur necessary to make a record as bombastic as Andromeda: indeed, Neilson appears so enamoured by his third album’s supposed momentousness that he’s forgotten how it might sound to anyone else, laying bare his extraordinary voice and startlingly heavy-handed lyrics for all to hear.

Unfortunately, Andromeda doesn’t contain the sort of batshit grandiosity that made, say, Life of Pablo-era Kanye entertaining, or even the near-charming ripeness that is Arcade Fire’s stock in trade; instead, it’s entirely unselfconscious, at once excruciatingly precious and virtually impossible to take seriously; the kind that would be harmlessly daft were it not so overbearingly earnest; the musical equivalent of someone reading aloud their teenage diaries, with am-dram voices for every character, to their co-workers.

It starts as it means to go on: opener ‘Song of Self Doubt’ pits aimlessly twinkling windchimes beneath a poem by Neilson, read by octogenarian folkie Shirley Collins in the kind of disengaged register more usually heard in the queue at the Post Office, and from there follows a pair of Bad Seeds pastiches which would be inoffensively game were they not topped by Neilson’s disastrous singing, as performatively ardent as it is off-key. The latter, ‘I Am Happy’, powers through about 20 different pronunciations of the title’s final word (most as if to rhyme with “puppy”, some with “lippy”, and one, inexplicably, with “Popeye”) before a coda of tremulous guitars and tumbling drums evoking peak-exaltation Godspeed, but at no point do any of these histrionics ever actually land a punch.

Undeterred, Neilson plows on through a spoken-word lament designed as his own funeral music, a yodelling lullaby that stops unexpectedly (but not entirely unwelcomely) mid-song, and yet more mannered yelping in an accent that suggests less a background of Leeds via Glasgow (as Neilson is) than some pinballing existence between Melbourne, Mumbai and Merthyr Tydfil.

Andromeda ends with Neilson repeating that “nothing can heal or destroy you better than time”, like it’s his grand discovery and not one of humanity’s oldest truisms. The preceding 44 minutes may have helped heal whatever was ailing him; for everyone else, destruction may be preferred.