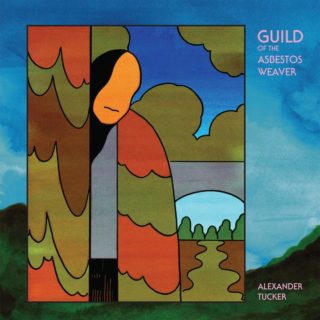 Sometimes there’s virtue in extending simple songs beyond their natural lengths, pushing past the is-this-boring-yet phase and into a space where the music starts to feel part of the air. When it works, you become wonderfully engulfed in sound. When it doesn’t, however, it’s just a bit of a drag. Alexander Tucker must know this: on his eighth album, each of the five songs expand with almost boundaryless zeal, looping and echoing in the hope of achieving existence loftier than just a song. That only about half of them genuinely manage to do so proves how difficult that trick is, but that’s not to say that the other half are duds. Indeed, the chanted vocals of ‘Energy Alphas’ lend it a pagan outsider appeal that nearly compensates for the track idling in second gear throughout. Equally, the strings on ‘Artificial Origin’ are gorgeously scabrous, but after three of its nine minutes it’s difficult not to wonder where the song’s going. The answer, revealed six minutes later, is nowhere in particular.

Thankfully, though, when Tucker finds his feet, the effect is transfixing. ‘Precog’ mutates from abstraction to groove imperceptibly and seductively, and the only complaint against stand-out ten-minuter ‘Cryonic’, perfectly ramping up tension with its nagging, gnawing strings and massed choirs, is that it’s not long enough. It closes the album on a paradoxical note that feels emblematic of Guild… as a whole: a short album that feels over-long, with its longest songs tantalisingly brief, making for an enigma wrapped in a timewarp.