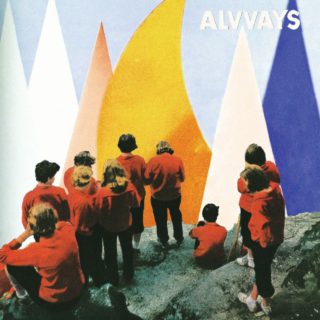 Alvvays’ post-C86 girl-group revisionism suggests an affinity for a time when seeking out bands required trans-Atlantic correspondence via fanzines and mail-order forms. Their crestfallen debut album in particular denoted that feeling while dealing with the conflict between the sadness and liberation of your mid-twenties. It was also very much a ‘pop’ record in structure and melody, but its low-key production gave it the traditional indie pop authenticity that it needed. ‘Antisocialites’ is inevitably slicker, and the pristine pop of earlier work is heightened for ultimate saccharine effect.

While its thematic framework still relies on nostalgia and uncertainty, there’s a newfound optimism on the buoyant ‘Your Type’, despite its dealings with the injustices of unrequited love. Yet while the rugged primitivism of Alvvays’ debut is eschewed for something more polished – check out ‘Hey’ on your nearest mainstream FM playlists any day now – the band’s knack for a perfect pop melody can’t be argued with and neither can the emotive, longing strain in Molly Rankin’s voice.