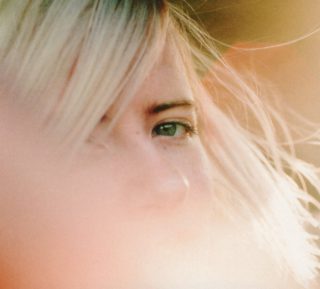 Summer is here, which means it’s time for a slew of albums best described with adjectives like ‘dreamy’, ‘ethereal’, ‘swirling’, ‘reverb soaked’ and ‘jangly’. <a href=”http://www.loudandquiet.com/tag/amber-arcades/”>Amber Arcades</a>’s debut ‘Fading Lines’ is no exception. It’s the work of Utrecht native Annelotte de Graaf, who’s ably aided by a backing band of stray members from Quilt and Real Estate. When she’s not making dreamy indie-pop songs about jet lag (‘Turning Light’) and the random nature of being (‘Apophenia’), de Graaf works as a legal aide on criminal war trials for the UN.

But the horrors of her day job are nowhere to be seen here as her wistful vocals drift across the album like a cool breeze on a sun-dappled (there’s another one) afternoon. If there’s a criticism it’s in the album’s unwavering tone, which walks the fine line between dreaminess and apathy, but is saved from the latter by the keen production of The Men’s Ben Greenberg. And with intelligent lyricism, euphonious vocals and just the right level of winsomeness, this may be the new soundtrack to your post-festival comedown.