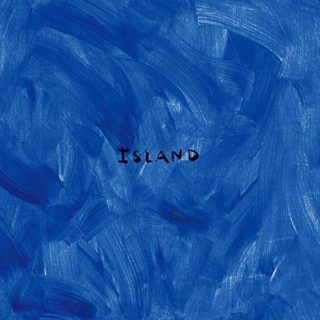 ‘Island’ is the sound of two worlds colliding. Of communication breakdown and newly forged acquaintances. It’s the sound of Suicide’s pulsing, minimalist electronica being stripped of its confrontation and being replaced by intuitive textures.

A collaboration between Ana da Silva, a founding member of The Raincoats, and Phew, an analogue electronic improviser, it was compiled via the exchange of music files over email. Spoken word phrases in their native Portuguese and Japanese were added at a later stage, being manipulated to suggest a new language emerging from the Tower of Babel.

It’s a journey of isolation and friendship that’s mapped across nine tracks, which use hypnotic drones to signal stasis and slowly evolving change. A kettle seems to whistle on the hob. A toy keyboard surfaces from an industrial rumble. A primitive beat grows in urgency.

Frequently subterranean in mood, ‘Conversation’ and ‘Dark But Bright’ conjure semi-derelict tube stations that are dank with dripping water. Yet there’s always a sense of possibility, with a simple keyboard melody offering brief uplift.

These qualities can be traced right back to their punk roots, but while their sound has transformed over the years, their sense of curious adventure remains the same.