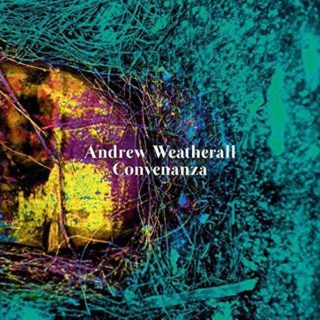 With 2016 marking ‘Screamadelica’’s 25th anniversary and, therefore, that of Andrew Weatherall’s most significant contribution to British pop, the veteran producer’s second solo album could be forgiven for resembling a sort of victory lap. And in many ways, that’s exactly what ‘Convenanza’ is: all Weatherall’s calling cards (and, one suspects, his perennial mixing-desk presets) are all over this album, with chewy dub-flecked bass out front, wacka-wacka guitars chiming above and spectral keyboard twinkles filling everything out.

Were this presented as an instrumental record, it would be indistinguishable from any number of enticingly trippy acid house remixes that bore the Weatherall insignia in the early ’90s, and make for an enjoyably retro folly. Unfortunately, however, it’s not, and Weatherall’s dry, flat vocals (recalling the disengaged drawl of big-beat no-hopers Audio Bullys, no less) are at odds with the underlying beatific mood. Factor in lyrics that mean nothing and evoke little more, and it becomes clear why Weatherall’s greatest records all have other bands’ names on their covers.