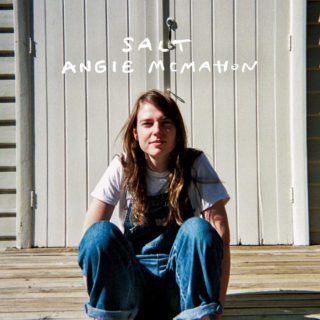 Who actually likes pasta? Sure, it’s cheap, easy and copious consumption tends to keep the rent at bay for a month longer. But after years of using its wheaty goodness to postpone life’s relentless struggles, it’s become nothing more than my very own bowl of shit tomato-laden torment.

Australian singer-songwriter Angie McMahon shares a similar opinion. ‘Pasta’, the most recent single off her debut album, Salt, bellows her own frustration in lack of progress and stylistically renders her own slacker rock spinoff. For someone who’s yet to release anything other than a few singles, McMahon’s rise to stardom wasted little time. Enjoying sold out headline tours and recurring features on the popular Australian Hottest 100 listening poll, she’s quickly become a staple in any gap year road trip playlist Down Under.

Already synonymous for her beckoning and delicately crafted vocal prowess – see track ‘And I am a Woman’ – Salt showcases her humility through fierce and emotive storytelling. So often her lyrics are tangled in the sort of tragedy and hardship that are so distinctly relatable, it only ever ends up being warmly reassuring. Her breezy whistle on ‘If You Call’ sounds like the Australian desert at night and further highlights Salt’s sepia hue in the shadowy gloom.

Working Men's Club are a gobby force to be reckoned with