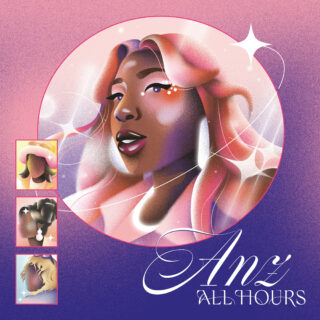 The basis for our days being sub-divided into 24 separate blocks stretches back to Ancient Egypt. To keep track of the hours, the Egyptians used shadow clocks during the day, and at night used a star table to navigate the ‘decans’, the name for a group of 36 small constellations.

Life has moved on and while shadow clocks and decans are undeniably great, Manchester-based DJ and producer supreme Anz has a new way to help tell the time that’s less star tables, more turntables. Across six tracks, Anz’s ambitious EP All Hours attempts to map what an all-day dance soundtrack would sound like, using a cosmos of sounds from the UK dance scene to help detail its sky map.

The transit of sound starts ebulliently. ‘You Could Be’ is a deluge of sunny pop synths packaged in a balanced breakfast of R&B and electro sounds. ‘Real Enough To Feel Good’ is laid-back, with a slow-tempo house beat nestling up against a calming drum track. It sounds like what I imagine taking a full lunch-hour feels like.

As night approaches, the tempo switches up. ‘Inna Circle’ is a shower of dub-drunk blasts of slick hedonism, with rampant synths colliding against kapow-ing garage beats. ‘Last Before Lights’ brings the night to a close with an over-stimulated banger fuelled by all that transpired in the day. Pensive but pounding.

Closer to 24 minutes than 24 hours, All Hours is a buoyant constellational chart for sunrisers and sundowners alike. Handy for when the shadow clock is busted.