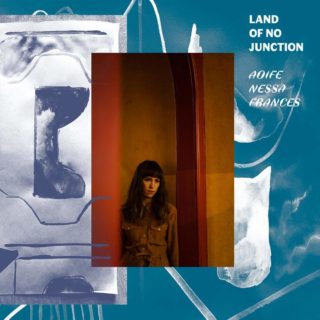 Trying to figure out what to compare Aoife Nessa Frances’s new album to is murder. I still haven’t cracked it: sometimes I think it’s Sea Change era Beck with its lyrics of loneliness above acoustic guitar fingering; sometimes I think it’s Emmy the Great due to her mellow melodic voice. I wanted to draw parallels to how it sounds like the Hawaiian riffs from Spongebob Squarepants but that just made me sound thick. What I’m trying to say is that this is a debut full of ideas: Frances’s influences are eclectic and her songwriting reflects her wide-ranging passions, all of which are explored with an unrestricted freedom.

‘Blow Up’ is titled after the 1966 film (Frances studied film at university) where the singer contemplates womanhood amid the Irish abortion referendum. ‘Here In The Dark’ is an infectious ode to unrequited, obsessive love. I took ‘In The End’ as an upbeat consideration of nihilism and the album caps with a lovely credits-rolling crescendo with the title track.

The album’s an easy (if sometimes unfocused) listen, Frances showing herself as an artist unafraid to fail. And luckily, she doesn’t.