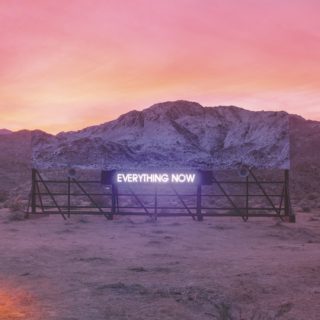 The lead single and title track of ‘Everything Now’ – the one that sounds like ABBA, is all over the Radio 2 daytime playlist and just earned Arcade Fire their first number one on a US Billboard chart – is, beneath its gleaming strings and insistent four-square kick-drum thud, nothing more than the same 13-second melody repeated 24 times in a row. In a way, it’s a shame it’s only 24 times: if Arcade Fire’s fifth LP was simply this 13-second melody ad infinitum, their pledge to make a statement album that examines the unsettling, hypnotic ennui brought on by now-ubiquitous, bafflingly popular bottomless news feeds and never-ending content streams might at least have some degree of meta, conceptual heft. In its extant form, however, Everything Now (the single) is the perfect avatar for the album that follows: superficially pleasant, sporadically intriguing, temporarily addictive and, under scrutiny, woefully underdeveloped.

The lack of refinement is particularly disconcerting. After all, up to now, Arcade Fire could never have been accused of being musically unconscientious – indeed, the microscopic detail and everything-plus-the-kitchen-sink approach was often the Achilles heel of their previous work. On ‘Everything Now’, though, that fastidiousness has deserted them, replaced by a minimalism that clearly aims for elegant economy – perhaps inspired by Daft Punk’s Thomas Bangalter, whose production fingerprints are most visible here – but more often feels simply unfinished.

During the album’s first half in particular, they resemble a band desperate to reinvent themselves but simultaneously afraid of what might spring from the chrysalis, and the result is swathes of awful soundbite lyrics (“love is hard, sex is easy!” declaims ‘Signs Of Life’, a line initially reproduced on a promotional condom which was, symbolically, not fit for recreational use) and hesitant dabblings with half a dozen musical styles that take us through excruciating pseudo-rapping (‘Creature Comfort’) to fractured, trampolining digital dub (‘Peter Pan’) and finally, a calamitously ill-judged sort of Jamaican ska throwback (‘Chemistry’). The latter is particularly excoriating: Arcade Fire have always had something of the dorky/loveable am-dram about them, but ‘Chemistry’ is so cringe-inducingly callow, like something from a primary school musical, that it sours everything around it.

That’s not to say, however, there aren’t interesting ideas on ‘Everything Now’: the final track’s abrupt stop actually loops seamlessly back into the album’s opener, meaning that (if listening digitally) the record never finishes, instead becoming its own unending stream that only stops when the listener decides to turn it off. Similarly, the central two songs, both called ‘Infinite Content’, are fractured mirror images of one another realised first in thrashy garage fuzz and then in decadent yacht rock, evoking the sort of glitch-in-the-feed inertia induced by laggy internet connections. (What’s more, the fact that neither version is much cop feels almost too perfectly allegorical not to be intentional).

There are some decent songs, too: ‘Electric Blue’’s subtle texture and wistful refrain is, nine tracks in, the album’s first sign of three-dimensionality, and the successive ‘Good God Damn’ and ‘Put Your Money On Me’ prove the band haven’t entirely forgotten how to write compelling, dry, melancholic rock songs that move both minds and feet. The climactic ‘We Don’t Deserve Love’, too, is as good a song as Arcade Fire have written since ‘Funeral’, full of strange chord progressions, woozy synths and discomforting insistence that blossoms into the sort of poignant and inclusive chorus that has long been their trademark.

But this late run isn’t enough to make up for a first half of senseless, opaque and often awkward posing. It also leaves the album fatally unbalanced and feeling indigestibly long as a result. For a record whose central theme is the lethargy brought on by panning through digital dreck for something of interest, bursts of excitement dotted among the detritus might seem apt, and indeed ‘Everything Now’’s flaws are admirably curious, even self-aware. However, the question of whether such flaws justify an album this unpalatable – and the splatters it will make upon billions of news feeds worldwide – only grows more unconvincing the longer you persist. 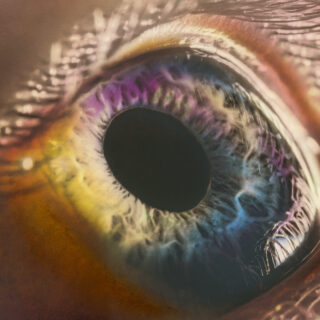 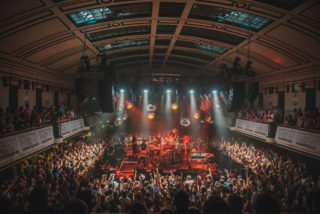 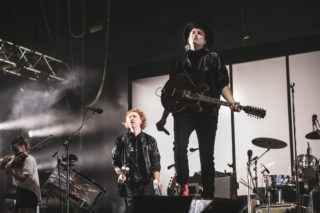