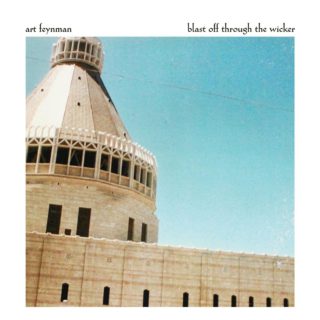 Art Feynman’s press photos see him standing in what appears to be a quarry, using various means – flowers, floppy hats – to obscure his face in the shot. Perhaps this Californian wants to hide himself from the lens (Luke Temple from Here We Go Magic has since been revealed as the man behind the project). His boldly produced debut album, though, displays no such signs of shyness – rather a determination, it seems, to break generic boundaries as well as to mine African influences.

Feynman starts to relax into things with ‘Slow Down’, which is very cool, with a shuffling beat and a sensuous vocal. Imagine Portishead in a smoky jazz club. The song feels very freeform, and ends too quickly. Yet an underlying sense of unease seems to be one of the central musical themes of this record, which is built on equal parts rhythmic tightness, exemplary musicianship and abstract creativity. The eight-minute ‘Feeling Good About Feeling Good’ is almost like the Beta Band meets ‘Second Coming’-era Stone Roses, with a repeated lyrical refrain and an extended wig-out to close; the kind of holy jam which, if done right, will never feel old.

But while you can’t help admire that ‘Blast Off Through The Wicker’ genuinely pulses with creativity, songs like ‘Hot Night Jeremiah’ are overly long and incredibly dull, and on album closer ‘Small House Blues’ it’s as if the musicians themselves are painfully bored. This otherwise impressive debut suffers greatly for it.